If you follow Donald Trump’s Twitter feed, you may have noticed several prominent accounts that appear to be profiles belonging to black people–high up on his Twitter feed of responses. Some of these accounts have thousands and thousands of followers. Others even have the blue Twitter check mark next to their account names. Yet, exactly who is behind these accounts is ambiguous. The rise of bots in the guise of black people on social media remains a worrisome issue heading into the 2020 elections.

Take for instance, the Twitter account @RyanHillMI, aka Ryan Hill. This account has a blue check mark which, supposedly, means it was vetted by Twitter and confirmed to be an actual person. Yet, a Google (or Bing) search on ‘Ryan Hill Michigan’ only yields results of a white, male lawyer in Michigan, and nothing about a young, black man in the Michigan area—which the @RyanHillMI’s avatar depicts.

I reached out to the Ryan Hill account on Twitter. I asked him (it?) about doing an interview and providing some background information. The conversation turned bizarre as you can see from the below screenshot (these are his remarks to my inquiries):

I also contacted Twitter and asked the company about assigning a blue check to an account a journalist could not find much information about. I was told I would receive an answer. I am still waiting.

Needless to say, the account raises some suspicion about authenticity. If it is indeed some sockpuppet account posing as a black person to influence politics—it wouldn’t be the first time some vested interest engaged in ‘bot blackface.’

Perceptive social media users have even unearthed fake black accounts using Google’s reverse image search feature. One such Twitter account, @Mike47441781, was proven to use a stock image as the account’s avatar. 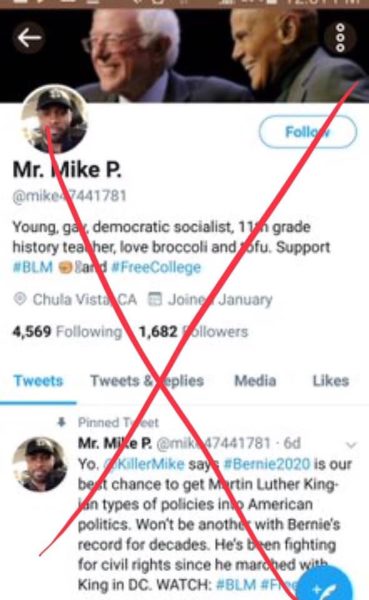 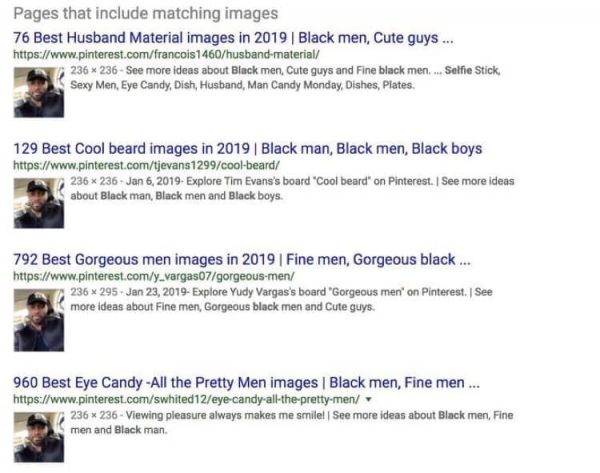 Shireen Mitchell is the founder of Digital Sisters and Stop Online Violence Against Women. She’s done in-depth research about the use of impostor black accounts pushing political agendas across social media.

Mitchell says the activity behind these fake accounts boils down to “getting people not to vote for Democrats.” She points out that social media is the ultimate affordable platform for white supremacists.

As one of the authors of Stop Online Violence Against Women’s report on targeted black voter suppression on social media, Mitchell and her team reported on the Russian Internet Research Agency’s purposeful political ad targeting to black Americans.

“The 3,500 ads on Facebook by the Russian Internet Research agency were centered largely on Black American Culture over all other identity and race-based narratives. While the race-based focus of the Russian-purchased ads has been acknowledged in some reporting and previous studies, it has not been pointed out in the media that the themes of Black Identity and culture were the focus of the majority of the ads with the intent to engage in voter suppression of Black voters,” stated Mitchell and the other report authors in a press release.

“The sobering analysis in this report documents that Russian ads were overwhelming focused on Black American Culture, and often specifically on Black women with the goal of voter suppression,” says Jessie Daniels, Professor of Sociology at The City University of New York, and a Fellow at The Data & Society Research Institute. “This report is an urgently needed reminder that we ignore the way racism is woven into technology at our own peril.”

The report found that Russian actors specifically manipulated topics such as Hillary Clinton’s “super predator” comment from 1996; and issues related to race and policing, immigration, and guns. You can read the entire report here.

Much of the controversy over fake black social media accounts also surrounds the American Descendants of Slavery (ADOS) movement. ADOS activists claim that African American voters should vote for politicians that support policies beneficial and exclusive to the African American community, such as reparations.

Some Twitter users still doubt the authenticity of some of the accounts tweeting about the movement. One user account questioned if she’d have to mute #ADOS and posted a screenshot of an account created in 2009. “This might be important,” the user said. “I saw a warning the other day that the new bot movement is old accounts that have been dormant. This account was created in 09 but just started tweeting literally 15 mins ago.”

Clearly, there are concerted efforts to splinter the powerful black voting bloc and to keep black people from voting. It’s important that black people stay vigilant over whose information to trust on social media.

One professor offered a few tips to NPR on how to pinpoint possibly fake black profiles:

–Beware of accounts that regularly use stereotypical quote-unquote black language. These accounts typically use language they think black people use.

–Check the number of tweets and followers on an account.

–Check the type of tweets or posts the account has on its timeline.