Mayor G.T. Bynum announced town hall dates Wednesday for Tulsans to voice their opinions regarding the city’s next police chief.

Bynum stated, “Since Chief Jordan announced his pending retirement, I’ve heard from so many of my fellow Tulsans with valuable thoughts and advice,” Bynum said in a Facebook post. “Hiring the next Chief of Police will be one of the most important things I do during my time as mayor, and I want to make sure any Tulsan with thoughts to share has the ability to do so.”

Bynum along with the Crime Prevention Network will host three town halls in January:

State Rep. Goodwin notes beyond brief audience participation, a process will soon be established to engage citizens, inclusive of black citizens who are most disparately impacted regarding use of force and arrests to aid in the ongoing vetting and ultimate selection of the new police chief. 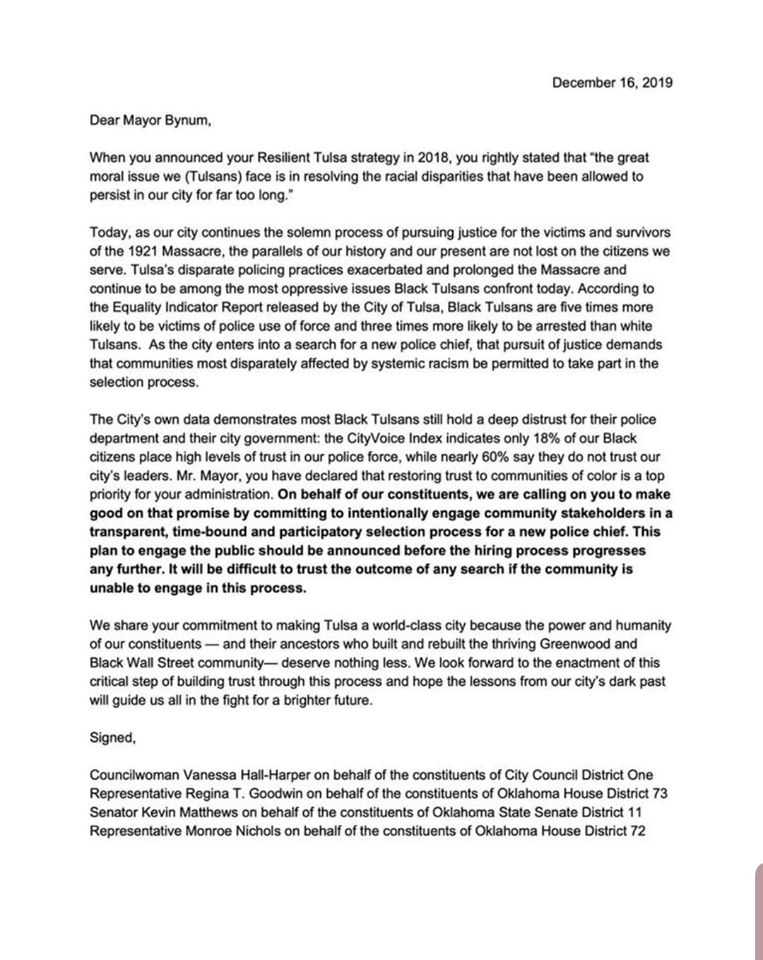