This is the web version of raceAhead, Fortune’s daily newsletter on race, culture, and inclusive leadership. To get it delivered daily to your inbox, sign up here.

The actress and author was new to the unscripted variety show, now in its 14th season, when she heard a racist joke on set and asked for it to be reported to human resources. Unfortunately, the joke was from guest judge Jay Leno. According to exclusive reporting from entertainment-turned-leadership magazine Variety, “Her argument was that production needed to understand why the joke might offend the staff and audience of ‘AGT.'”

The joke was ultimately removed from the show, but the issue never reached senior leaders.

Union, who was cut from the show after one season, was also “subjected to a very specific critique—that her rotating hair styles were ‘too black’ for the audience of ‘AGT,’ a note she received over half a dozen times,” reports Variety. Union had also critiqued the racial insensitivity of certain performers and was ignored.

Yesterday, she finally got a response.

Simon Cowell’s production company, Syco Entertainment, released a joint statement with NBC, along with British television company Fremantle. “We remain committed to ensuring a respectful workplace for all employees and take very seriously any questions about workplace culture.”

“We are working with Ms. Union through her representatives to hear more about her concerns, following which we will take whatever next steps may be appropriate.”

Her representatives now include her union.

Following the NBC joint statement, SAG-AFTRA weighed in. “We take issues of workplace health and safety very seriously,” said the statement.  “While we have taken steps to investigate this matter, we have nothing to report now.”

Union has not commented publicly yet, but longtime fans know what will happen when she does.

In a prescient must-read interview in Harper’s Bazaar from 2016, culture writer Rebecca Carroll tells you in the first opening paragraphs what to expect from the profile, and from Union:

“Gabrielle Union will let you know. She is going to go right ahead and tell you about the ‘bullshit’ that comes along with being a black woman in Hollywood: ‘That sense of being hyper-visible or invisible on sets,’ says Union, voicing what many black women feel in our lives and work on a daily basis, but that is perhaps somewhat more heightened in the arrantly white industry of commercial film and television. She’s kind of over it, actually. ‘When do you stand up and point out every micro-aggression, and when do you stand down so you’re not the angry black person all the time? It’s tiring. It feels like another job that you’re not getting paid for—that is all encompassing.’”

Gabrielle Union is kind of over it, actually, and she has plenty of company.

Consider the breakout success of The Memo: What Women of Color Need to Know to Secure a Seat at the Table by author, educator, and consultant Minda Harts.

The book has become a go-to resource for Black women, and a crash course in cross-cultural understanding for anyone who manages a diverse team. Harts spent the better part of 2019 crisscrossing the country convening Black women to talk about what holds them back at work. At every stop, she found herself surrounded by Gabrielle Unions of every age and at every stage in their careers.

“While on book tour, I traveled to 26 cities, and in every state, I heard stories of Black women being discriminated against due to their hairstyles to the simple usage of their government names,” Harts tells raceAhead by email. “And whenever they tried speaking out on those workplace inequalities, they were met with opposition.”

Last September, I interviewed Harts in an intimate event at the Kranzberg Arts Center in Saint Louis, in an event organized by Left Bank Books, an independent bookstore and local treasure.

In an emotional back-and-forth, I asked the nearly 50 women who attended what work was like for them. They called out a list that will sound familiar to many: Worn down by microaggressions. Held to a different professional standard. Contributions ignored. Tired from having to represent an entire demographic. Lonely. No path for advancement. Unable to speak productively with their managers. One young woman had relocated to the city the year before to join a big firm for her dream job, only to realize her mistake. She cited all of the above. “It’s not going to get better so I’m going back home,” she said. “I’ll be losing a lot of money but it’s not worth it.”

Harts says it didn’t surprise her. “Many of the women I met were just like her, uncertain how long they would last due to the lack of cultural competency by those companies and their colleagues,” she says. Corporate jobs, non-profit jobs, academic jobs, the stories were all the same. “It’s unfortunate to hear what Gabrielle Union went through, and it hit home because we know exactly what she is experiencing because that’s our experience too.” 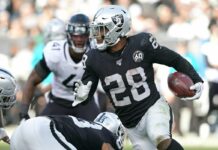 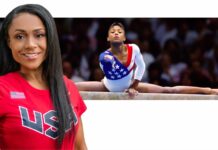