We have the receipts.

Candace Owens is doing her best to become the next Omarosa. However, even Owens’ antics seem too extreme for the former White House staffer. Nonetheless, conservatives appear to be falling for her stunts, which has resulted in fame for the 30-year-old and a platform for her to spit her hate from. Diddy had her babbling for at Revolt TV discussion on Black issues (really, Diddy?), Killer Mike says she is his “sister,” and Republicans had her tap dancing at Congress to say white supremacy and white nationalism wasn’t an issue.

That said, Owens is a fraud and we have endless receipts.

Lawsuit With the NAACP

Owens now calls the NAACP “one of the worst groups for Black people,” even though the organization helped her win a racial discrimination lawsuit. In 2007, she accused some white boys of racially harassing and threatening to kill her. Owens claimed the boys were the son of then-Stamford Mayor Dannel Malloy, Connecticut’s former governor. Because of the NAACP, Owens’ family received a settlement of $37,500 from Stamford Public Schools.

Scot X. Esdaile, the Connecticut NAACP president who helped Owens with her lawsuit, was shocked to hear she had become a conservative. Esdaile told Mic, “We’re very saddened and disappointed in her. It seems to me that she’s now trying to play to a different type of demographic.”

He also said, “It’s the same type of thing Clarence Thomas did. [Thomas] reaped all the benefits of affirmative action and then tried to roll over on it. It’s that kind of mentality and disrespect.”

In May of 2018, BuzzFeed reported that Candace Owens was the CEO of an anti-Trump, liberal-leaning website called Degree180. Owens wrote in 2015 that it was “good news” that the “Republican Tea Party … will eventually die off (peacefully in their sleep, we hope).”

Degree180 also talked about Trump’s penis size and him being racist with an immigrant wife.

The site reportedly shut down by the end of 2016 and Owens magically “came out” as a conservative on YouTube a few months later.

By March of 2018, Owens was slithering onto TV stations and finally made it to Fox News. She spit out a line that went viral and made her a darling of pseudo-conservatives. Owens said the National Rifle Association was founded as a civil rights organization that protected Black people from the KKK. Even the Fox News host said, “I’ve never heard that before! That’s so interesting!” She never heard it before, either, because it was a lie. 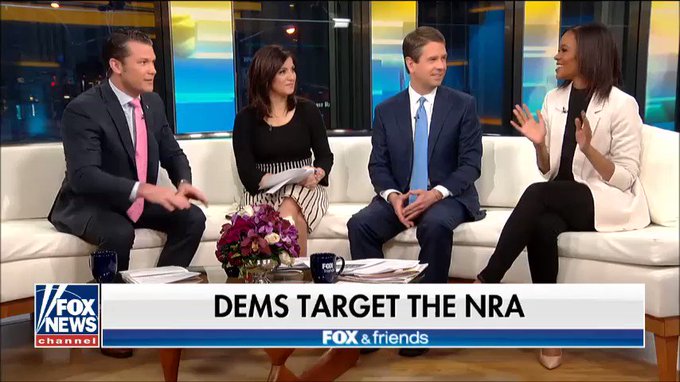 PolitiFact confirmed she lied or is just willfully ignorant. According to the NRA’s own web site, “Dismayed by the lack of marksmanship shown by their troops, Union veterans Col. William C. Church and Gen. George Wingate formed the National Rifle Association in 1871. The primary goal of the association would be to ‘promote and encourage rifle shooting on a scientific basis,’ according to a magazine editorial written by Church.”

However, her fraudulent comment made her a media darling.

Back in January of this year, Owens attacked New York Rep. Alexandra Ocasio-Cortez for being “fiscally irresponsible” because the newly elected congresswoman couldn’t afford an apartment in Washington, D.C. However, reporter Nathan Bernard exposed Owens by posting a lawsuit that showed “she rented a $3,500 apartment, lived there for six months rent-free, then claimed she had gotten ‘toxic mold sickness’ and threatened to sue her landlord to avoid paying rent.”

At the age of 28, Candace Owens was so fiscally irresponsible that she rented a $3,500 apartment, lived there for six months rent-free, then claimed she had gotten “toxic mold sickness” and threatened to sue her landlord to avoid paying rent, legal documents prove 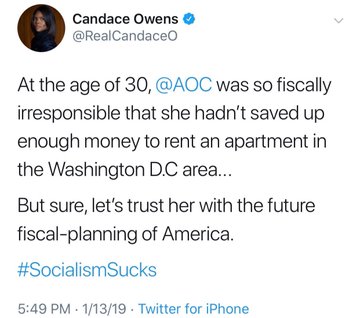 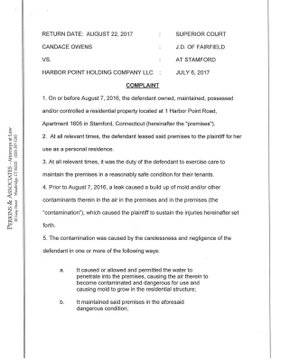 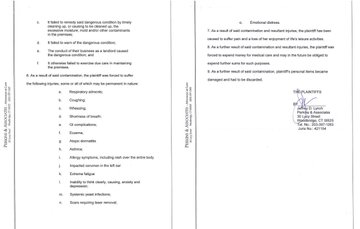 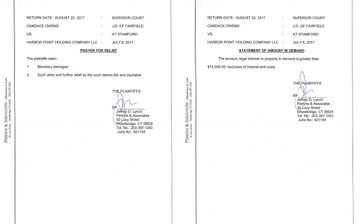 She allegedly stopped paying rent in September of 2016 and was evicted in January of 2017, which coincides with her “coming out” as a conservative only months later.

As for the mold claims, a legal analyst told Bernard Media, “The obvious question is if the place was so unlivable why stay there 6 months, even rent free? Why not get out of there especially if you can afford an apartment for $3,500? It’s not difficult to identify a toxic mold infestation either. If you started to exhibit symptoms that seemed related to the infestation, why not notify a doctor immediately? Also, why sue a year later after moving out? There are a lot of questions that arise on first glance at this case. She’s going to have a huge burden of proof at trial.”

In the spring of 2016, Owens launched an anti-cyberbullying website called Social Autopsy. She reportedly started a Kickstarter campaign to raise $75,000 (she sure likes money she doesn’t have to work for). CTPost.com described the site as a “searchable database of offensive speech found on social media.” Owens wanted to expose people who anonymously harassed others online, which is known as doxing and is a huge no-no among conservatives. She claimed she got pushback from the left, which was allegedly one of the sparks that lit her conservative fire.

However, Quillette.com reported, it was the right who attacked her.

“While Owens portrays herself as a victim of leftist persecution, the fact is that the initial backlash against Social Autopsy came mostly from the ‘cultural libertarian’ opposition to the authoritarian left. YouTube video bloggers Matt Jarbo (“Mundane Matt”) and Chris Maldonado (“Chris Ray Gun”), both strong critics of ‘social justice warriors,’ were among the first to blast the project as a terrible idea. Another early negative report came from none other than Breitbart; it was written by Allum Bokhari, a frequent co-author of the not-yet-disgraced Milo Yiannopoulos and a leading foe of the ‘SJW’ left in digital and tech culture,” the site wrote.

This would make sense because it is clearly people on the right or MAGA crazies who don’t want to be exposed for their hatred. You can hear Owens doing the voiceover for the Social Autopsy video below:

Her term Blexit, which got her embarrassed by Kanye West who implied she “used” him, is a slogan that was stolen from the Bank Black movement. Listen to the actual founder of Blexit, Me’la Connelly, explaining how Owens stole her slogan:

Please listen to a clip of my interview below with @meleaofmpls – the actual founder of Blexit, which is about Black economic empowerment, not division. #TheRealBlexit #ReclaimBlexit #Blexit #claycaneshow 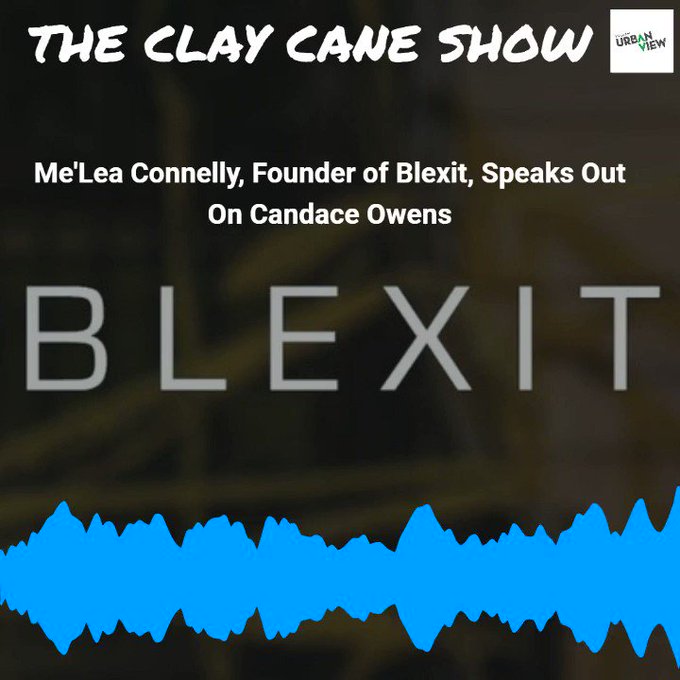 In addition, Owens’ Blexit site is packed with historical inaccuracies. Historian Kevin Kruse broke this down for her on Twitter and he was blocked. The thread is an excellent read packed with facts.

As Candace Owens testifies to a congressional hearing on white supremacy, I’ll repost this thread in which I showed her “Blexit” site was filled with fake quotes and distortions.

You don’t know what you’re talking about here on your site: https://blexit.com

Every one of these is pretty much a lie.

Within only a few years, Owens had two failed internet projects, didn’t pay rent and then somehow became a conservative, landing a job at Turning Point USA. She is now known for outlandish language. She said Hitler only wanted to make Germany “great again.”

After the horrific mail bombs sent to Democrats back in October, she tweeted then deleted, “I’m going to go ahead and state that there is a 0% chance that these ‘suspicious packages’ were sent out by conservatives. The only thing ‘suspicious’ about these packages is their timing. Caravans, fake bomb threats—these leftists are going ALL OUT for midterms.”

There are true conservatives out there who have been involved in politics for years, but Owens does not appear to be one of them. She is clearly in this for fame, attention and is following the money.