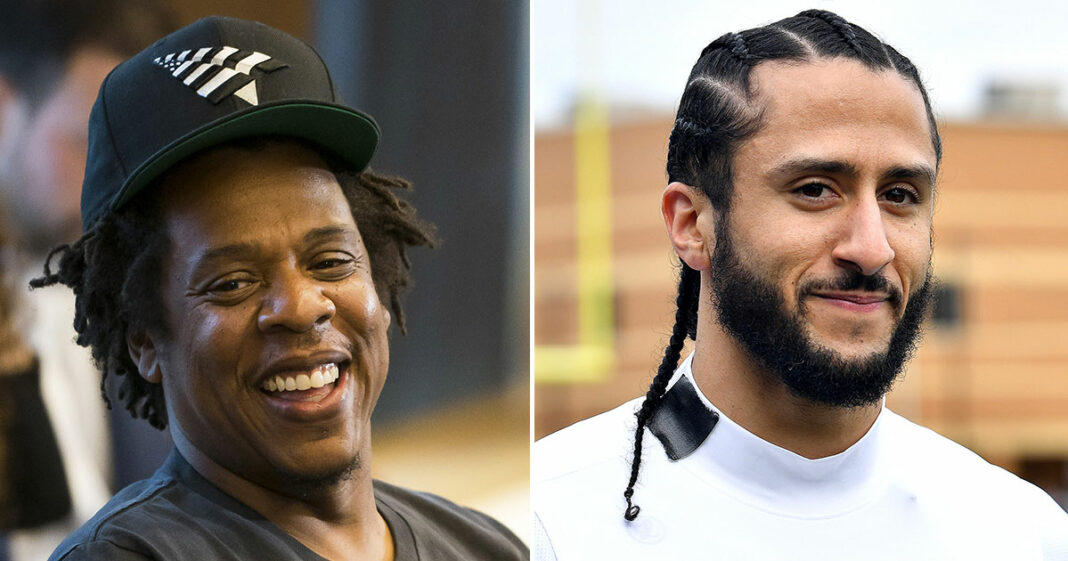 Once again, the NFL is pissed with Colin Kaepernick.

Many people had concerns about whether or not the NFL’s workout offer was a legit opportunity for the former quarterback to show his best moves in front of the league’s coaches. Even the principled quarterback had reservations about the gesture, so when Saturday’s “opportunity” arrived, Kaep made a decision to flip the script. He changed the location of his NFL workout from the Falcons facility to a local high school in a move that gave him more control over the experiences and ultimately the narrative.

Unfortunately, it’s not a move that went over well with the higher-ups in the league, Sports Illustrated reports.

Earlier in the week, Kaepernick learned that the NFL has opened up an opportunity for him to be evaluated by teams at a private workout over the weekend. During this session, teams would have been able to assess his readiness to play professionally once again.

However, questions began to surface over the legitimacy of the opportunity after it was reported that many of the team head coaches and scouts wouldn’t even be in attendance and absolutely no media was invited to capture the moment.

Also, JAY-Z’s name was raised as having a part in providing this opportunity for Kaepernick to be scoped out.

Initially, the rapper received a ton of flack from both fans and members of Kaepernick’s inner circle after it was announced that he would be co-producing the Super Bowl Halftime show through his company Roc Nation. There was reportedly also backlash for his contribution to Inspire Change, a foundation the NFL started in response to public outrage over their mishandling of Kaepernick’s peaceful #TakeTheKnee protest.

Now a source has revealed to Sports Illustrated that JAY-Z is “disappointed with Colin’s actions and believes he turned a legitimate workout into a publicity stunt.”

Kaepernick apparently informed the league that he opted to move the workout to Charles R. Drew High School in Riverdale, Georgia on Saturday where only a handful of scouts were on hand. However, Hue Jackson, who intended to lead the initial NFL workout, decided instead not to attend the event at all.

“From the outset, Mr. Kaepernick requested a legitimate process and from the outset, the NFL league office has not provided one,” his agent, Jeff Nalley, and attorney, Ben Meiselas, said in a statement.

Mike Florio from Pro Football Talk, a site powered by NBC Sports, believes that what makes this clause even more sinister is that if signed, it would have legally prohibited Kaepernick from ever addressing the collusion allegation in the courts again.

However, journalist Mark Maske of the Washington Post received a tip from an anonymous source from the NFL that contends that “the employment clause in the waiver that the NFL wanted Colin Kaepernick to sign was related to potential worker’s compensation issues if he’d been injured and was not related to any of Kaepernick’s collusion-related claims, in the league’s view.”

The NFL has responded in a lengthy post saying they were “disappointed” Kaepernick didn’t show up at the Falcons facility workout as planned.

The NFL responds on the change to the Colin Kaepernick workout. 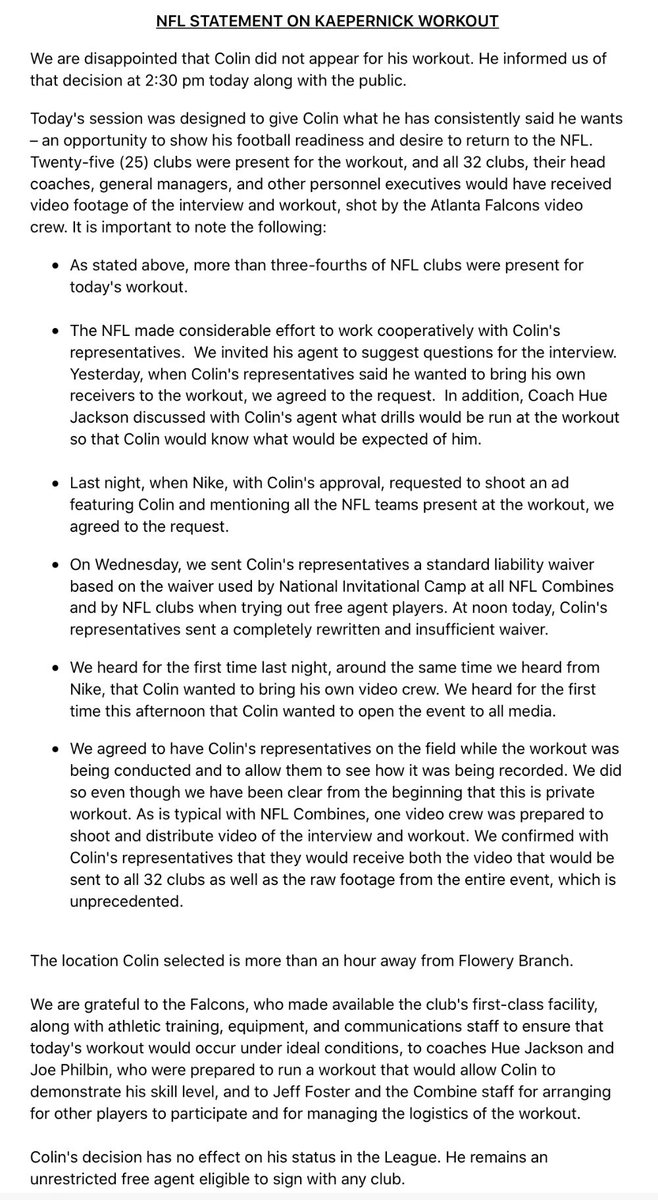 Kaepernick even wore a “Kunte Kinte” shirt, alluding to the fact that he is not a slave who is willing to turn into a Toby.