Many of us watch Candace Owens and we know what she’s doing. She’s swaying with the wind, Rolling with the punches, chasing the platform and most importantly, the money.

For years now, she’s alleged that President Obama race baited the country with his rhetoric. She amplifies Donald Trump’s message about making America great again, claiming that in our criticism of Trump, we’ve somehow lost our way.

The messaging is consistent. Trump is good for the Blacks. Y’all are tripping and  trying to silence the right. Forever on brand, Candace recently appeared on Fox News to sing another rendition of that tune.

“Obama did a lot to tear this country apart. I do not remember when I was growing up, having all these race issues, okay? I really don’t remember it. And suddenly, toward the end of Obama, we started hearing all of this rhetoric drummed up. It became White versus Black all over again. I shouldn’t even say all over again because when I was alive, it was not an issue. It all became about race. And I really think they were laying down the groundwork for Hillary to run because they had already pre-selected her to be the President of the United States.”

The man told her that that was untrue. She claimed it was. When he asked her why the jails were compromised of mostly Black and Brown people, Owens said it’s because we commit crimes at a higher rate than other races.

Candace Owens says “I do not remember, when I was growing up, having all of these race issues” and calls police brutality a “myth” 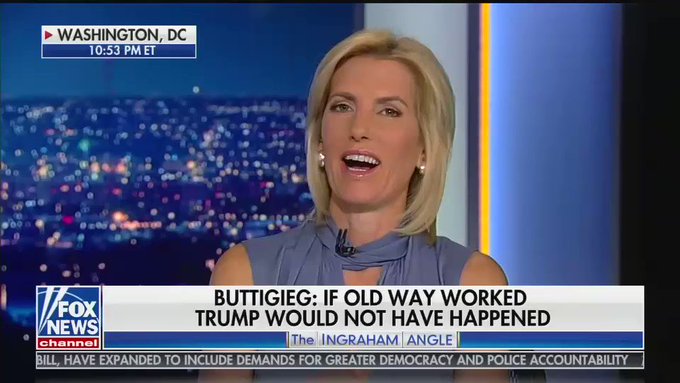 All of it is trash. As you know. For those who need facts, the Department of Justice’s Bureau of Justice Statistics released a report detailing statistics from 2012-2015. When you break down violent crimes, they happen most often within racial groups. White people are more likely to perpetuate a violent crime against another White person. And the same for every other racial group. But when you dig deeper into the crimes Whites commit against each other the crimes Blacks commit against each other, crime rates for White people are four times higher than crimes rates for Blacks. (12.0 per 1,000) vs. (3.1 per 1000) as of 2010,  Black people made up 13 percent of the population but 40 percent of the prison population. Meanwhile White people are 64 percent of the population and 39 percent of prisons.

The lies Owens tells about Black people are not relegated to strangers. She even tells lies about herself. Owens said repeatedly that race was never an issue when she was growing up. But there are receipts that prove otherwise.

Racism was a part of Candace’s life. And much like the same way she’s doing today, she got paid off of it.

According to News Times  in February of 2007, at least one of five teenagers left messages threatening to kill Owens, repeatedly using a racial epithet during the conversation.  In another message, the teen threatened to burn Candace’s house down and tar and feather her.

One of the teenagers was the son of Stamford, Connecticut mayor, Dannel Malloy. Malloy’s son, Sam, who was 14 at the time. Owens was able to sue the city for failing to act on the harassment because of his familial connection to the Mayor.

Sam, was the not the instigator of the phone calls. Instead, it was then 18-year-old Evan Kopek, a former friend and classmate of Owens. Two days before she received the messages, Kopek and Owens were involved in a screaming match during class. School officials suspended Kopek for that incident. But there was another situation that happened off campus where he was not punished. The school argued because the police didn’t make an arrest, they wouldn’t punish him.

Because of the phone calls, Owens left school for six weeks saying it was traumatic to attend school with her alleged callers. Once Kopek was arrested, she returned.

Owens filed a lawsuit claiming the school district and their decision to delay punishment did not protect Owens’ safety. They argued that the school federal Title IX law of banning discrimination in schools that receive federal funding.

Owens was eventually awarded $37, 500 from the Board of Education.

So homegirl knows what racism is. She was absolutely right to get her coins. But she learned a sinister lesson from her misfortune. Instead of this opening her eyes to the suffering of other Black people, around this country, she’s used racist ideology to make money. She validates White supremacists with her notions that racism is over and that she’s never experienced it. When in fact she has. Like her lawsuit stated, it certainly has traumatized her. But that trauma went way beyond her missing weeks of school. The trauma manifested in the ways she proceeded to hurt other Black people