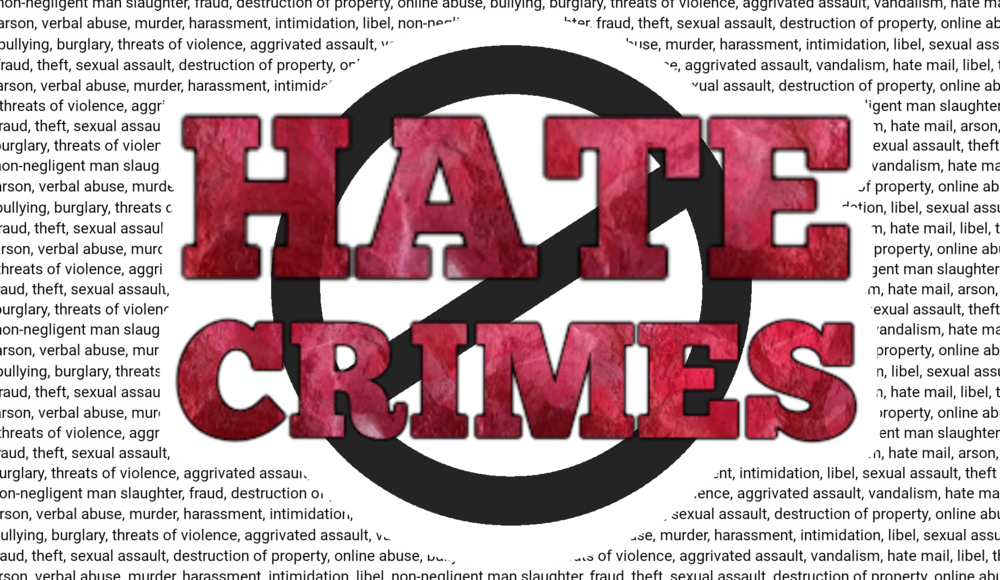 Hate Crimes May Become A Felony Under Proposed Law

Oklahoma has systematically been paring back aspects of laws and agencies meant to guard protected classes of people from discrimination. Conservative lawmakers have in the last decade decided for ideological reasons to undo past civil rights protections at the state level.

To that end Oklahoma lags far behind other states in protecting the civil rights of citizens. Evidence of this can be found in the fact that the state totally eliminated the Oklahoma Human Rights Commission after 50 years in existence. The commission was made up of advocates and investigators charged with protecting state citizens’ human rights. This was highly unusual and demonstrates a lack of concern in protecting human rights when there are publicly known incidents involving race relations.

State lawmakers and Governor Mary Fallin without public hearings eliminated several state commissions. The State Indian Affairs Commission was totally eliminated along with its functions. Next the Oklahoma State Human Rights Commission was eliminated. In this case, the functions of the anti-discrimination laws passed by the state were given to the state Attorney General’s (AG) office. Accordingly, people seeking relief were now to go to the AG’s office to file a complaint. None of the advocates and agents specially trained to investigate complaints of human rights violations were part of the new staffing. One might also wonder if the AG’s office would be keen to investigate police offenses against citizens on racial profiling complaints. If that wasn’t suspicious enough the actual investigation of law enforcement is left to the accused law enforcement agency. Perhaps, not so oddly, the several dozen racial profiling complaints under this arrangement has not resulted in a single human rights violation finding in the state according to the last two yearly reports. Most were given a “No Cause” designation showing no evidence of an offense. Imagine that. Also, an offense under state law could potentially end up as a misdemeanor and up to one year in jail. Needless to say, the news is not full of policemen being charged with a violation. Of course, it’s not just police who can violate human rights on issues regarding housing, employment and other potential offenses.

Oklahoma has a wide variety of hate groups and in the last few years regular citizens continue to discriminate protected classes of citizens. State Sen. Ron Sharp (R-Shawnee) has filed a proposed law to strengthen existing anti-discrimination laws. Sharp proposes raising certain hate crimes to a felony. Sharp along with the district attorney in Shawnee believe the state needs additional tools in addressing hate crimes. Both believe hate crimes are on the rise.

Perhaps Oklahoma is starting to repair the damage of the last ten years of peeling away human rights protections. The state needs the commission back. Return those functions back to them from the attorney general’s office. While some believe hate crime laws do not stop hate crimes perhaps more time should be spent on why we hate and not on punishment.

Time To Have Serious Talks About Excessive Violence By Police

Oklahoma holds the embarrassing distinction of being the place where your chances of going to prison are greater here than any place on earth. That makes being African American and having violent run-ins with the police too common and at times these incidents turn into physical confrontations. Advocates for police reform like Tiffany Crutcher and State Rep. Regina Goodwin have placed unrelenting pressure on the city of Tulsa to reduce the incidents of violence with real change.

Rep. Goodwin brought two events to light that demonstrated her concern for the safety of black Tulsans. Tulsa Police officials have said in at least one of the occurrences that brutality used by the policemen was within department policy. Needless to say, if department policy is so broad that citizens can be routinely roughed up for the slightest hesitation or resistance, we have a problem. Of concern as well is that these “within department policy” violent acts by police seem to be glaringly more commonly utilized against people of color. Females are given no latitude in today’s interpretation of police guidelines regarding arrest procedures.

There are good reasons to truly reform police procedures because it is dangerous, and it just doesn’t contribute to quality law enforcement and certainly good police relations. A new study reports that shootings, choke holds, and other uses of force by police officers whether warranted or not are presently the sixth-highest cause of death for males between the ages of 25-29. That is all males in that age group. Black males are two-and-half times more likely to lose their life to a policeman over the course of their lifetime. Life expectancy has dropped for the last two years in the United States. The first time that phenomenon has happened in more than half a century. This doesn’t have to be this way, and it is clearly a choice.

As mentioned here before society wants a safe environment and some believe the best way to ensure that is to have brutes with badges. Do what you have to do I don’t want to know how you do it. Even though Tulsa hires well educated peace officers, there is something that is creating dangerous people patrolling the streets. The majority of law enforcement are good and prudent professionals, and this is not a sweeping indictment on all cops. Unfortunately, cooperation has been slow and stubborn. It is no surprise that people of color do not feel safe calling law enforcement when they need help. This makes it seem as though law enforcement is not for everyone.

Too many have suffered unnecessarily at the hands of those hired to protect and serve. It’s time to do something of consequence. Oklahoma can start to lose that reputation of being behind the times and the last to reform by doing the right thing.

Lynching Is Not A Metaphor For Being Investigated

When President Donald Trump likened the investigation by the United States House of Representatives to a “lynching” he set off a wave of rebukes from every corner of the political spectrum except for a few. While he was clearly wrong, Trump is not the first to use that term that has left a scar on America’s conscience.

Democrat Presidential candidate Joe Biden called the impeachment probe of then President Bill Clinton a “partisan lynching.” He has recently apologized for making the remark, Trump has of course not taken back the painful term.

This a difference worth noting.