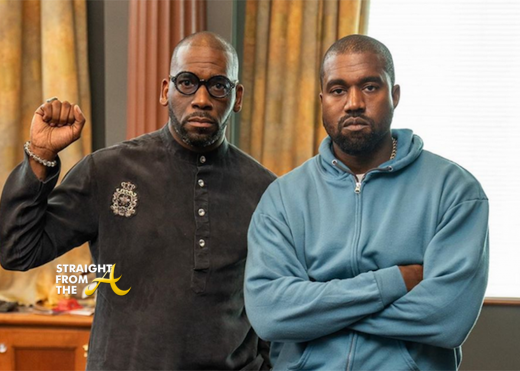 They gave him a platform for Sunday Service, but they decided they didn’t want his money.

The Sunday Service Tour may be upsetting to some, but Kanye West continues to visit churches, colleges, and concert venues nationally spreading his message of faith and music. The Jesus Is King artist has held off on delivering his highly-anticipated record, aside from playing the album in its entirety for a Detroit audience, but that hasn’t stopped Ye from ruffling a few feathers with his comments about President Donald Trump, new slaves, and black America. No matter how controversial his personal beliefs are to some, anye is welcomed with open arms. Kanye is welcomed with open arms.

Pastor Jamal Bryant was one of those who was more than happy to have Kanye show up to his house of worship, New Birth Missionary Baptist Church in Atlanta, for a surprise Sunday Service performance. If you recall, T.I. called out Bryant on his ExpediTIously podcast because he felt that the church “exploited” him when they took a second offering after he showed up with Tiny, Future, and Future’s wife. Later, T.I. and Bryant came to an understanding on social media, and since that time, all has been quiet about Kanye’s appearance at New Birth.

However, Bryant recently addressed his congregation online and at his church to let them know that Kanye gave them a significant donation. Not long after receiving the funds, Bryant claims he consulted with his team and decided they didn’t want to keep the money because of the rapper’s support of Trump.

“To say that you unashamedly support Donald Trump…he called the mother continent of Africa a collection of s-hole nations. Smacking the entire diaspora in the year of the anniversary of the year of the return…I don’t align with the statements of Kanye West. I don’t endorse it, nor do I subscribe to it. And I am not a runaway slave. To that end, Mr. west made a significant donation to New Birth Cathedral. But I do not want to be guilty of double speech. I met with my team today and the donation that he made to our church, I am now redirecting. I’m going to be giving that donation he gave to Morris Brown College.”

Kanye’s mother, the late Dr. Donda West, was a professor at Morris Brown, so Bryant stated he plans on using the rapper’s donation as a scholarship. In addition to his video clip, Bryant announced his plans to his megachurch during their Sunday service. “I know what Donda West represented while at Morris Brown and her mind for African American literature was to empower, equip and engage students to be something radical that could change community and change society.”

He added, “On this day, we want to open up, in the honor of Donda West, the foundational scholarship in her name. I am doing so on behalf of prayerful expectation, on behalf of her son who I am praying will, through the power of God, come back to rightful consciousness on what it means to equip and empower our people.”