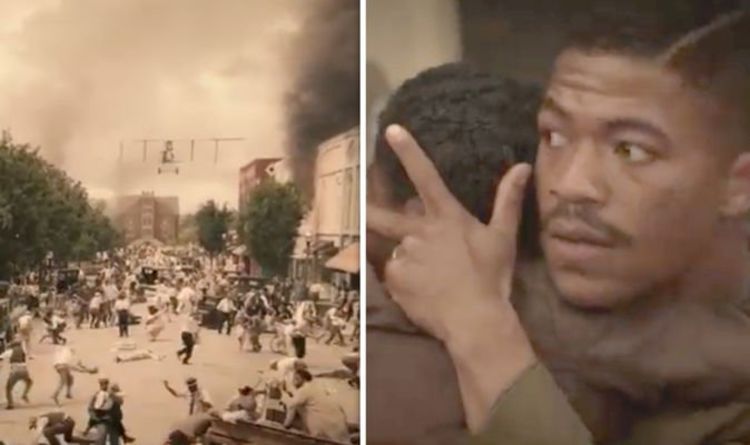 The facts of the Tulsa massacre appeared to have been unknown to many “Watchmen” viewers, who expressed their disbelief on social media.

The premiere of HBO’s “Watchmen” was packed with allusions to the dense mythology of the landmark 1980s graphic novel that inspired it, thrilling fans and newcomers alike. But a solemn nod to a real-world event appears to have left the greatest impression on viewers.

The pilot episode opened with a stylized, searing recreation of the Tulsa race massacre of 1921, a two-day explosion of violence in which white Oklahomans killed hundreds of African-Americans and burned businesses in a prosperous district known as “Black Wall Street.” The bloody attack is considered “the single worst incident of racial violence in American history,” according to the Oklahoma Historical Society.

The facts of the Tulsa massacre — bullets flying, buildings aflame — appeared to have been unknown to many “Watchmen” viewers who expressed their disbelief on social media. Some said they were appalled to first learn of the event through a superhero-themed television show, while others blamed the country’s educational system for failing to highlight it in history curricula.

I’m embarrassed to admit I had never even heard of the Tulsa Race Riots of 1921 before tonight’s episode of Watchmen on HBO. Even then I thought it was part of the show’s hyper violent alternative history.

If you’re as ignorant as me, watch this

The attack, coming amid the resurgence of the Ku Klux Klan and racial terror through much of the country, was not widely reported at the time. “News reports were largely squelched, despite the fact that hundreds of people were killed and thousands left homeless,” History.com says in an overview of the violent siege.

The unsettling recreation of the Tulsa massacre helped set the tone for the “Watchmen” series, which has been described by creator Damon Lindelof (“Lost,” “The Leftovers”) as an ambitious “remix” of the celebrated 12-part comic series by Alan Moore and Dave Gibbons.

The original comic confronted the Cold War and the specter of nuclear annihilation. But the provocative new series, set 30 years after the events of the original, is expected to tackle racism and white supremacy, centering on an American-African woman (Regina King’s Sister Night) living in an alternate — but painfully familiar — version of recent American history.

Lindelof, for his part, previously told NBC News he was inspired to set the series in Tulsa after reading the work of Ta-Nehisi Coates (“Between the World and Me”), who has written extensively about the black experience in America and the legacy of white supremacy.

“What is creating the most anxiety in America right now? And for me the answer is undeniably race,” Lindelof said in a recent interview with NBC News. “Superheroes cannot defeat racism.”

The pilot’s opening sequence culminates with a black boy who survived the attack discovering a crying baby in a field, a scene that some interpreted as an allusion to Superman’s origin story:

Watchmen has always been about twisted versions of Golden Age superheroes we’ve come to love. So the episode opens up with a twisted Superman origin story of a baby discovered from the ashes of the Tulsa massacre. Tulsa is Krypton, a utopia that came to an end. #WatchmenHBO

Nicole Kassell, who directed the first three of the season’s nine episodes, told Slate that the recreation of the Tulsa massacre required an “enormous amount of time” and planning. She said she conducted extensive research, including reading “The Burning,” a nonfiction chronicle of the attack by journalist Tim Madigan.

“I remember reading how [director] Ava DuVernay did the [Edmund Pettus Bridge] sequence in ‘Selma.’ How Spielberg did ‘Saving Private Ryan.’ As a film person I had been studying those sequences and I definitely remember reading that Ava had that set blessed,” Kassell told Slate, adding that the “Watchmen” crew happened to be filming on the 97th anniversary of the attack.

“We had a priest come and bless the set,” Kassell said.

Daniel Arkin is a reporter for NBC News.