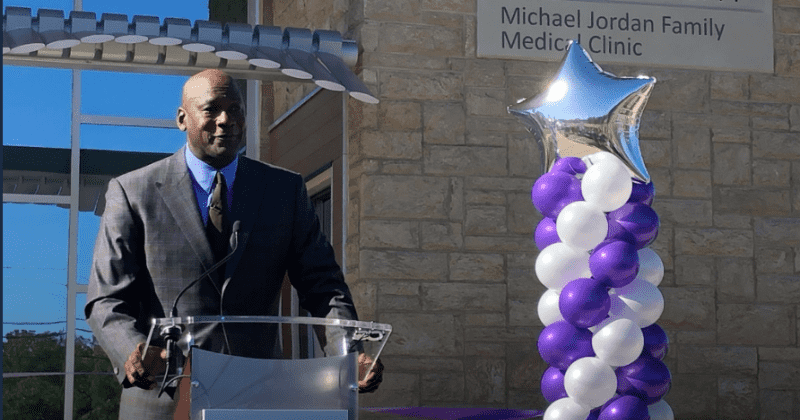 The six-time NBA champion could not hold back his tears at this emotional moment.

In 2017, the six-time NBA champion and Hornets owner Michael Jordan had announced his plan to open medical clinics catering to the low-income residents and at-risk communities of Charlotte and had donated $7 million for the cause. This donation was meant to fund two Novant Health Michael Jordan Family Clinics.

It was, therefore, a moment of pride and humility for the champ when he inaugurated the first clinic in Charlotte, N.C., on Oct. 17. The teary-eyed basketball legend said: “this is a very emotional thing for me to be able to give back to a community that has supported me over the years.” He also added: “this is just the start of a battle of being able to touch as many people as we can.”

Appreciation for his work poured from all quarters as Sports Writer Steve Reed tweeted: “Michael Jordan teared up when talking about the new $7 million family medical clinic project and said “this is just the beginning.” This project obviously means a lot to him.”

Michael Jordan teared up when talking about the new $7 million family medical clinic project and said “this is just the beginning.” This project obviously means a lot to him. 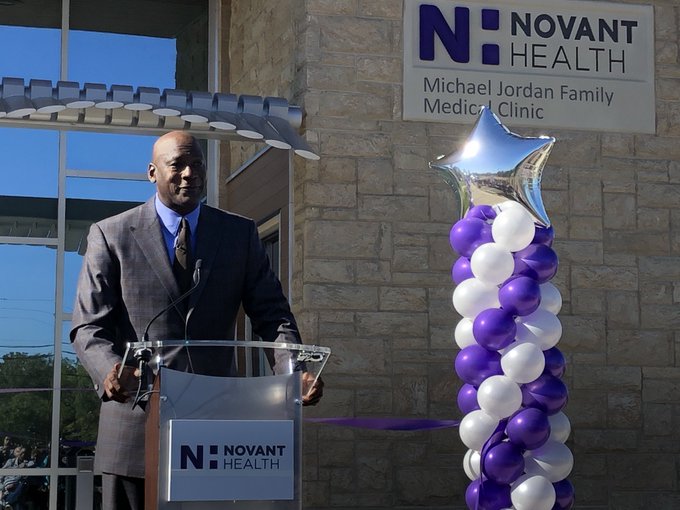 65 people are talking about this

20 feet was as close as I could get to the GOAT #MichaelJordan. Grand opening of the Michael Jordan Family Medical Clinic. On the WEStSIDe! Of Charlotte.