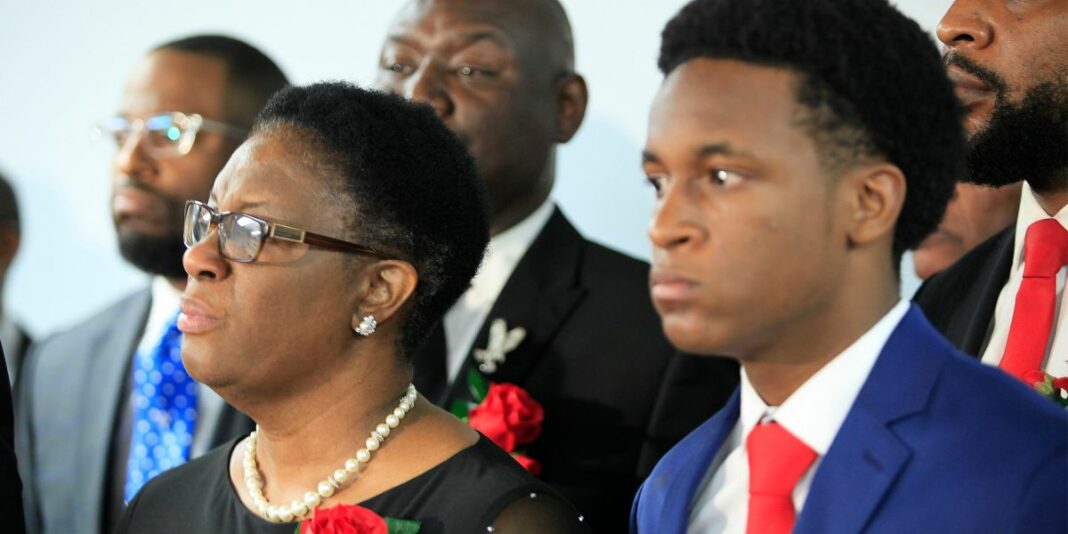 Botham Jean and Atatiana Jefferson were both young, Black, and living in the Dallas-Fort Worth area when they were gunned down by police officers in their own homes. Jean, 28, was killed on September 6 of last year and Jefferson, also 28, was shot and killed on October 12, just days after Jean’s killer, Amber Guyger, was sentenced to 10 years in prison for his murder.

Now, a foundation established by Jean’s family is offering support to the Jefferson’s relatives.

“Losing a family member is hard in any circumstance,” Allisa Findley, Jean’s sister and the foundation’s president wrote in an letter to Jefferson’s family, according to CNN. “Having a loved one taken in this horrific manner is one far more traumatic and a pain no family should have to bear. Unfortunately, too many families have had to suffer at the hands of those paid to serve and protect us.”

CNN also reports that the Botham Jean Foundation will be making a donation to Jefferson’s family, though an amount has not been specified.

Jefferson was playing video games with her eight-year-old nephew when she heard what they thought was a prowler outside of her home. She then grabbed her gun for protection and pointed it toward a window. Texas is an open carry state, so Jefferson was not breaking any laws by picking up her firearm.

The person outside was actually a Fort Worth police officer who was conducting a wellness check at the request of Jefferson’s neighbor, who become concerned when he saw two doors open in Jefferson’s home ajar. That officer, Aaron Dean, did not identify himself as a police officer nor knock on the front door when he arrived at Jefferson’s home. He has since resigned and, yesterday (Oct. 14), was charged with murder.

In the days following Jefferson’s death, her father Marquis made it clear that his path through grief would be very different from Jean’s family’s. “Unlike Botham Jean, I don’t want no hug. That’s my one and only daughter,” Marquis Jefferson said, referring to the infamous hug Botham’s brother Brandt Jean offered to Guyger. “I’ll never forget that.”

Jefferson’s family has not yet commented on the letter or donation offer from the Botham Jean Foundation.

The Botham Jean Foundation’s mission is to support families impacted by police brutality. “As long as poverty, injustice & inequality persist, none of us can truly rest,” the foundation’s website states.