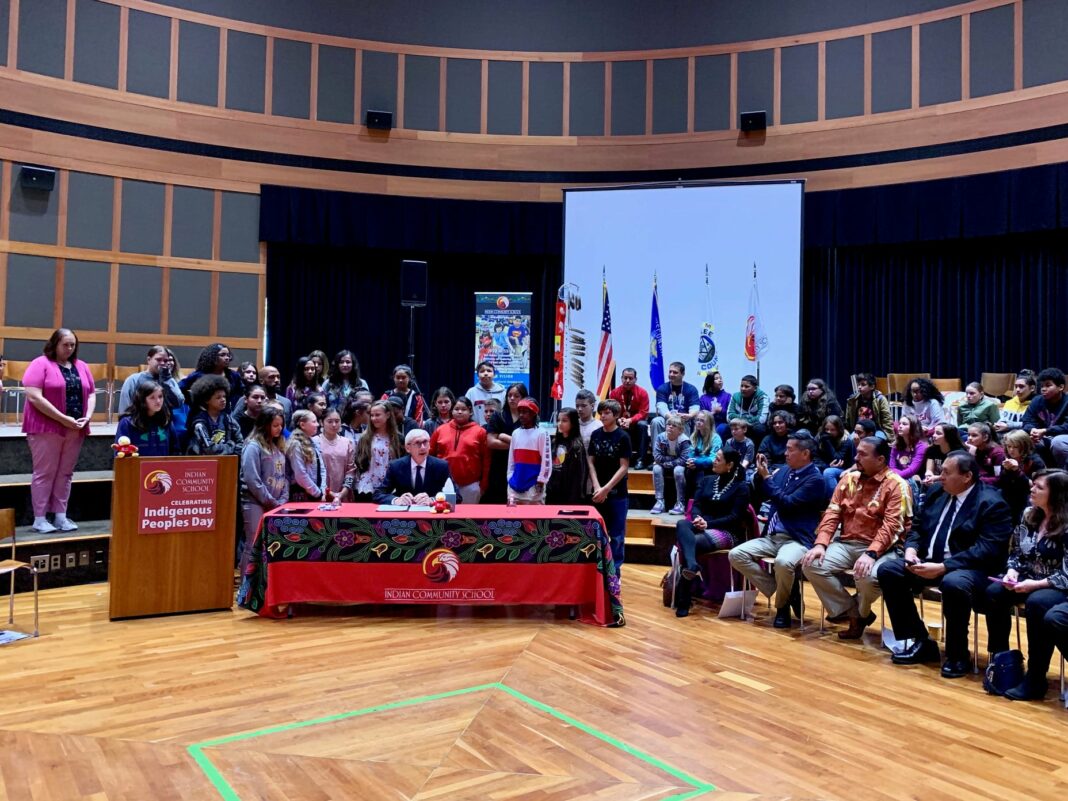 They may not agree on much, but some in Congress can agree that it’s time to do away with Columbus Day.

Some in Congress say it’s time for federal government to do this, too.

Help us tell more of the stories that matter from voices that too often remain unheard.
Subscribe Now

A bipartisan group of House lawmakers introduced a resolution on Friday calling for designating the second Monday in October as “Indigenous Peoples’ Day,” which would give Americans a chance to celebrate indigenous peoples and their shared history and cultural contributions.

Haaland, one of the first-ever Native American women in Congress, said the resolution is important because it’s about correcting history.

“Some people are like, ‘They’re trying to erase history, blah blah blah.’ It’s not that,” Haaland told HuffPost. “Columbus Day is, to me, kind of a misnomer because really, indigenous people and the genocide they experienced and the displacement, the brutality that Columbus brought with him when he set the stage for a European presence on this continent ― we should be celebrating the resilience and the survival of indigenous people on this continent.”

Columbus wasn’t exactly the hero we all learned about in elementary school. He enslaved Native Americans. He ordered a brutal crackdown in which many Native people were killed, and he ordered their dismembered bodies to be paraded through the streets. He helped introduce new diseases to the continent that devastated Native populations.

“Oh my god, he was horrible,” Haaland said. “He killed people. He brought disease. You’ve heard about the smallpox blankets and all the future eras that would happen within our U.S. government and our country. I’m surprised that so many of us survived that. We need to start learning about the true history of our country, not the fiction that started with Columbus being some force for good.”

A growing number of cities and states already celebrate the second Monday in October as Indigenous People’s Day. In the past year, at least five states and numerous cities and towns joined the list of municipalities officially recognizing it.

Because the congressional resolution is considered a commemorative resolution, it won’t get a vote on the House floor. For now, it is just a step toward getting Congress to pass binding legislation.