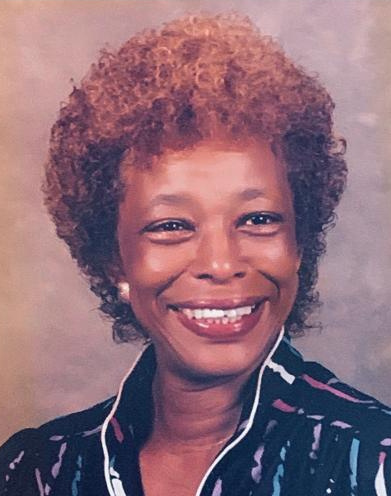 Born in Tulsa, Oklahoma on June 20, 1935 to Sidney and Leola Luckey.    Vinita Jolivet Luckey Thompson was the tenth of fourteen children.  She attended Dunbar Elementary School, Carver Junior High School, and Graduated from Booker T. Washington High School in 1953.  She attended the University of Arkansas- Pine Bluff (AM&N College), she was a Member of Delta Sigma Theta Sorority Inc., and she graduated in 1958 with a degree in Elementary Education.

After college she taught in the Kansas City Missouri public schools and at the Internal Revenue Service.   She relocated back to Tulsa, Oklahoma, and worked at St. Francis hospital. From there she then went on to the Tulsa Parks and Recreation department where she retired after 34 years of dedicated service as a Certified Recreation Professional.

She served as at Lacy (Lincoln) Recreation Center for 24 years and several other centers before being transferred to Central Center where she worked for nine years before retiring.  During her 34 years with the Park Department she was a positive touch to many lives, young and old alike.  She gave respect and was respected in return.  Over the years, her influence was strongly felt by North Tulsa youngsters and other local area youth, young adults and elderly persons.  She received many awards, certificates and plaques from various organizations for her hard work, dedication and accomplishments.  She was feature story in the Oklahoma Eagle’s Reaching Out and Living Legends articles.  She was also interviewed by Rick Wells of News on 6 for her many community contributions and activities at the Recreation Center.

In her words “When you’re finished with your work on the earth, you’re not going to die, you’ll simply shed your earthly shell and relocate to a more Glorious place”.  She peacefully transitioned to her Glorious place on 4 Oct 2019.