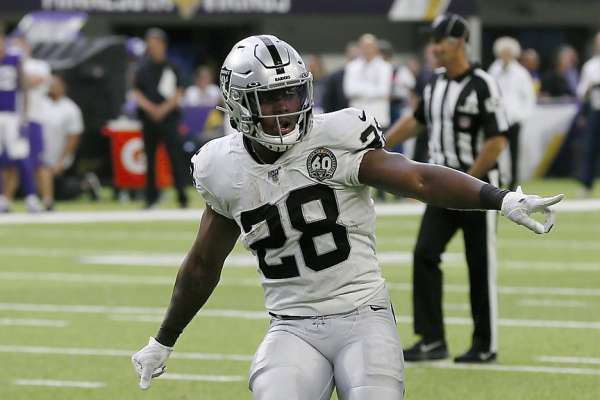 In the long history of the Oakland Raiders, the silver standard for Silver & Black running backs has long been the great Marcus Allen – The NFL’s MVP in 1985, the MVP of Super Bowl XVIII, and a Pro Football Hall of Famer. Ever since his outstanding career, the bar has been set incredibly high for Raiders running backs. But Alabama Crimson Tide product Josh Jacobs, a first-round pick by the Raiders, is doing things that not even Allen did.

After rushing for 79 yards on 17 carries in the Raiders’ 31-24 Week Four victory over the Indianapolis Colts, Josh Jacobs broke the Raiders’ all-time record for the most rushing yards by a player in the first four games of their career. Jacobs’ mark of 307 rushing yards now exceeds the previous record set by Darren McFadden (272), which was set in 2008.

Jacobs had an outstanding debut in Week One against the Denver Broncos, scoring two touchdowns and gaining 85 yards on 23 carries. After that, he posted a 99-yard rushing performance against the Kansas City Chiefs before running for just 44 yards against the Minnesota Vikings. Against the Colts, Jacobs displayed some of his very best qualities: He was elusive, while also running hard as Oakland controlled the game.

Pretty tough to bring down this Josh Jacobs guys.#OAKvsIND | @IAM_JoshJacobs 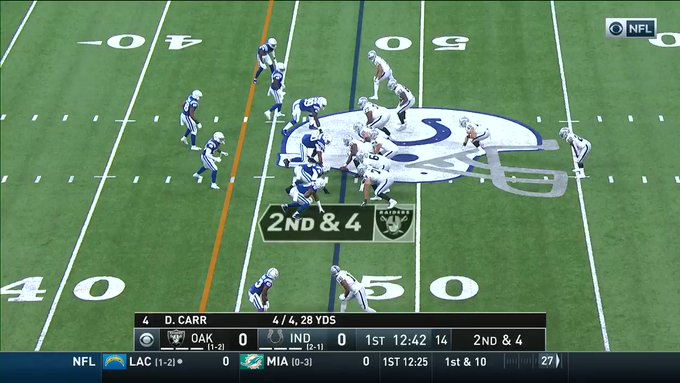 The sweetest run of all for Jacobs came when it mattered most: Up by only one touchdown, a five-yard run by Jacobs for a first down allowed the Raiders to ice the game, giving him the special distinction of being the “closer” on the day – which he told the media afterwards he takes pride in.

“(I take a lot of pride) just as a running back from the standpoint you can be relied upon in close games,” said Jacobs. “And it was a close game at the end. So it was definitely huge for us.”