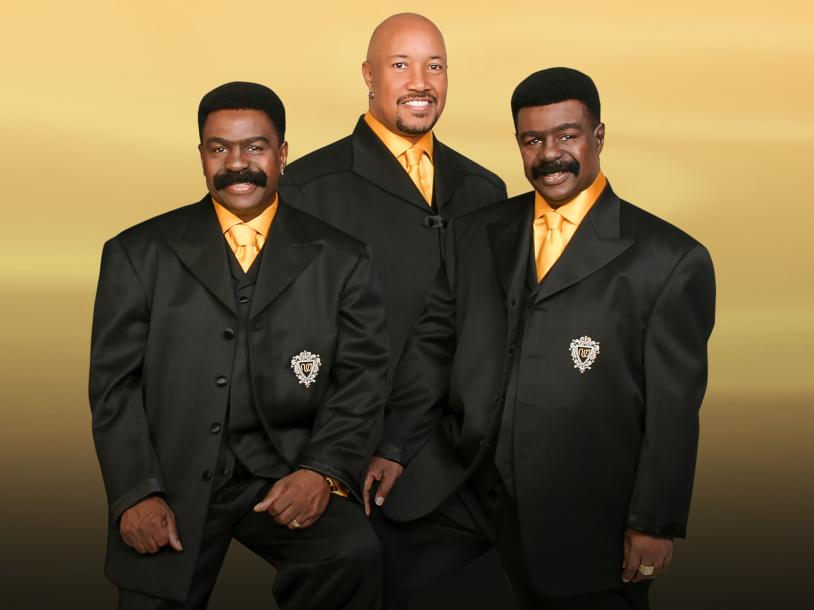 Heather Wimbley and Tony Moore have done it again… The Whispers in Tulsa for free!

If you’re a true student a R/B music it doesn’t matter what generation you are from, or when you were born, if you don’t know who ‘The Whispers’ are we are revoking your music history card.

The Whispers have been recording hit songs for over five decades, joining the ranks of such R/B legends as Tulsa’s own Gap Band and national recording sensations The Isley Brothers.

The Whispers formed in 1963 in Watts, California. The original members included identical twin brothers Wallace “Scotty” and Walter Scott, along with Gordy Harmon, Marcus Hutson, and Nicholas Caldwell. After being invited to the San Francisco Bay Area in 1966 by Sly Stone, the group relocated to that area where they began developing a reputation as a show-stopping live act.

Walter Scott was drafted to serve in the Vietnam War during that period for eighteen months, returning to the group in 1969 after discharge. After Harmon injured his larynx in a driving accident in 1973, he was replaced by former Friends of Distinction member Leaveil Degree.

After a series of singles on Los Angeles label, Dore, the group signed to a small LA label, Soul Clock, run by producer Ron Carson, who was responsible for their breakthrough hit, “Seems Like I Got To Do Wrong” in 1970. Moving to the larger New York-based Janus label, they continued to be produced by Carson, before he sold all of his recordings to Janus with the group then recording mainly in Philadelphia in the mid ’70s. Since that period, most of their studio work has been done in Los Angeles.

The Whispers most successful period was in the 1980s with SOLAR Records (Sound Of Los Angeles Records), which was operated by their manager at the time, Dick Griffey. The Whispers later established their own production company, Satin Tie Productions, through which they released their independent 2006 album For Your Ears Only.

The Whispers have produced so many hit songs over the years, with and endless list of love songs and ballads this is going to be an awesome be sure and arrive early to hear native Tulsan Faye Moffit at 7 pm followed by another legendary R/B singer Jody Whatley.

You may want to arrive early, as we expect thousands of fans to grab their lawn chairs, and lean back, to a night of the sounds of soulful serenading. Once again Heather Wembly and Tony Moore have done it again.