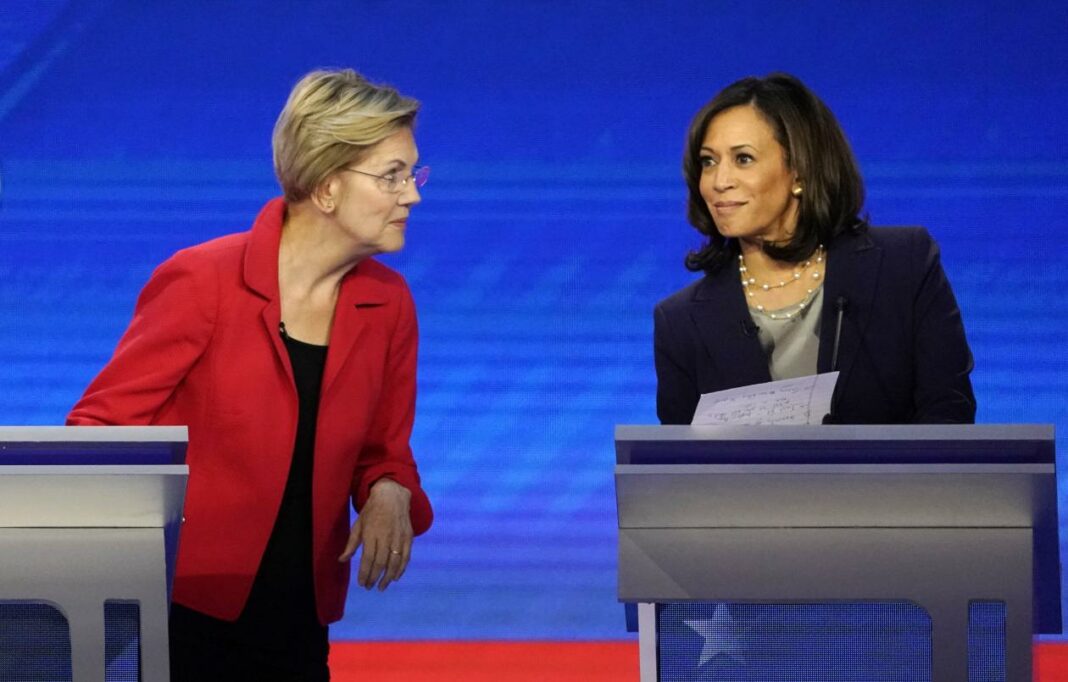 Sens. Elizabeth Warren and Kamala Harris are among the 2020 presidential hopefuls in favor of reparations.

Centuries later, black Americans have managed to accumulate some wealth, but it still pales in comparison to that of whites. This racial wealth gap is a result not only of the horrors of slavery but also policies – such as Jim Crow laws, redlining and modern-day mass incarceration – that followed.

The average white family with at least one working adult over 25 years old owned more than nine times as much total wealth as a black one in 2016.

As a scholar of wealth inequality and its causes, I believe the promise of equal opportunity for all remains unfulfilled as long as this massive gulf persists. A variety of proposals have been suggested by Democratic candidates for president and others to close this gap, such as eliminating housing discrimination and making college free for all.

Two colleagues and I created an economic simulator to model the impact of five of the most ambitious proposals. Our results show why reparations that directly target African Americans are likely the only way to eliminate it.

This wealth gap matters a lot because it means African Americans have far fewer opportunities to get ahead and less economic security.

Wealth is what allows families to start a business, send their children to college, switch jobs when new opportunities arise, buy a house and retire comfortably. It’s also what helps people get through unexpected financial hits, such as a layoff, medical emergency or simply a leaky roof.

Although whites generally have more wealth than every other racial and ethnic group, the gap between them and African Americans is particularly large.

Five Proposals to Reduce the Gap

My colleagues Danyelle Solomon, Connor Maxwell and I put together a simulation model to examine the effectiveness of five proposals offered by Democratic candidates and progressive experts to close the racial wealth gap.

We modeled how each plan would affect the earnings and savings of people starting out their careers in 2020, at age 25, until retirement 40 years later. Importantly, we used the broadest possible versions of these proposals in our model, which meant that the impact on the racial wealth gap would likely be larger than the actual plans put forth by the politicians.

We found that baby bonds led to the single largest effect. They would close 24% of the gap by the time people retire. The other policies had much more modest effects, with effective financial regulation having the smallest impact. It would only shrink the gap by 1.5%.

Even if all five proposals were enacted next year, blacks would still possess just 52% of the wealth owned by whites by by 2060, leaving a gap of more than $1 million.

The proposals we simulated are progressive and disproportionately help African Americans, and there are good reasons to pursue each policy to help close the black-white wealth gap.

But every one of them also offers assistance to white families, who have a 400-year head start building wealth in America. Our research suggests to eliminate the gap altogether requires pursuing policies that exclusively target African Americans and help them build up enough wealth to match that of whites.

In other words, some form of reparations – whether in the form of lump sum transfers or creating funds that help blacks buy homes or start a business – needs to be part of the debate.

[ You’re smart and curious about the world. So are The Conversation’s authors and editors. You can read us daily by subscribing to our newsletter. ]

This article is republished from The Conversation under a Creative Commons license. Read the original article.