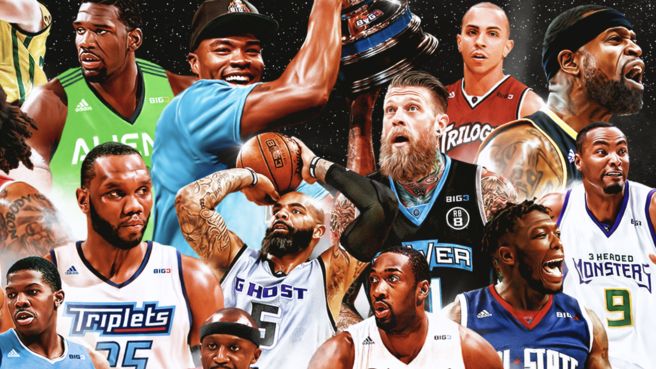 Bivouac Gets to .500 and Beats Aliens with Josh Smith and Anthony Morrow Combining for 37 points –

Led by Andre Emmett, 3’s Company had a tremendous second half, outscoring Killer 3’s by 14. In a game that meant a lot to both teams’ playoff hopes, Killer 3’s eventually fell 51-41 and 3’s Company went on to win its third straight game.

Will McDonald and DeShawn Stevenson’s 26 combined points were not enough to stifle Joe Johnson and his 21 points. Triplets went up big at half time, held their ground and rebounded after their loss last week against defending champion Power.

Ball Hogs only had 8 combined points outside of Stevenson and McDonald. For the Triplets, former Jazz players Al Jefferson and Joe Johnson dominated throughout the game, combining for 33 points and 9 rebounds.

Salt Lake City’s final matchup featured two squads hungry for a win. Without Will Bynum, Bivouac struggled early but efforts from Josh Smith and Anthony Morrow were the difference. The pair combined for 37 points but it came down to a final game-winning shot from Josh Smith.

Aliens made a comeback late but ultimately couldn’t find the right match-up with Josh Smith.