The Nation’s Osage Casino gaming enterprise has seven casinos with the newest and largest casino/ hotel property opening just minutes north of downtown Tulsa last year. With increased business due to the opening of the Tulsa casino’s newest amenities and Skyline Event Center for concerts and special events, an additional 145-room hotel tower is being built over the next year to mirror the current one in keeping up with hotel room demand.

As gaming officials celebrated the $28 million second hotel project with a July 9 groundbreaking event, Standing Bear responded to Stitt’s compact renegotiation intentions announced in a July 5 letter to the Chief and also in a Tulsa World editorial published July 8.

“We are on schedule to make more money for our people than last year,” Standing Bear said, but noted: “the increasing of the fees to the state of Oklahoma was not anticipated, so we are now working internally to adjust ourselves for the recently announced renegotiations of our gaming compacts. Now these compacts have been in place for 15 years and for those of you who do not recall the days in late 1984 when the first casino in Oklahoma was opened and the immediate litigation that followed in federal and state court, you should go back and look at that time and remember that we were constantly in court against the state of Oklahoma costing millions of dollars in attorney fees, expert witness fees on both sides.”

Standing Bear said the contentious battle over gaming changed “when we sat down and negotiated these compacts 15 years ago and since then, gaming has been the one area in this state where you’ve seen strong consistent growth. As has been said, it takes a lot of people to get this far and tens of millions of dollars – and not one bit of that has come from the state of Oklahoma. We have done this ourselves, we have done this with our own people developing our own economy and the way we’ve done this, even before these compacts, is we didn’t overtax anything, we didn’t apply so many fees to activities.”

Stitt, a Tulsa businessman and founder of Gateway Mortgage, ran for office for the first time winning the November 2018 gubernatorial election and campaigned on bringing his business experience to the Governor’s office, according to his campaign website.

In his editorial, Stitt said Oklahoma’s tribal gaming industry is the third largest behind only Nevada and California and “in large part due to the success of the gaming partnership between the state and the tribes, the tribes have become the third-largest employer in the state, providing jobs to more than 54,000 Oklahomans.”

“The agreements between the state and the tribes giving them exclusivity to the gaming industry are, however, terminating as of Jan. 1, 2020 and it is imperative that we come to terms on new compacts prior to the end of the year,” Stitt wrote. “The easiest thing to do is to simply renew the existing compacts ‘as is,’ rather than do the hard work of closely reviewing and negotiating new compacts that reflect the state of affairs today. I believe, however, that voters elected me to look at everything in state government with a fresh eye and, where necessary, make the difficult decisions that are in the best interests of all 4 million Oklahomans.”

Standing Bear noted the Nation’s gaming profits (and ON Tax Commission revenue) go to fund the government operations, especially those programs, departments and services that do not receive federal or state grant funding, which includes education, higher education scholarships, the health benefit program, burial assistance and culture and language departments.

“We entered into (the compact) agreements where we expect mutual respect from each other and that is the way we are progressing,” Standing Bear said. “We hope that the recently announced negotiations can be worked out without too much disagreement with the state. I’m going to be looking to our Osage Congress members for direction as we go through this and I am in contact with other tribal leaders and our attorneys. We will protect these casinos, OK? And if we have to go back to the days before the compact agreement, we will. But let’s try to avoid that as much as we can.”

“In the meantime, our confidence is high because if we weren’t, we wouldn’t be putting tens of millions of dollars into this local economy as we are doing now,” Standing Bear said. “These tens of millions of dollars has been approved by our gaming board on the recommendation of staff and the Osage Congress and with our money, we’ve been able to reach out with our partners (hired construction companies, consultants, architects and engineering companies) and we’ve been able to share in that economic activity with all the businesses here in Oklahoma.”

“But it’s really important to remember we can’t overregulate and we can’t overtax or put fees on these activities and expect them to be profitable because 100 percent of the profits of this enterprise goes to our people,” Standing Bear said. “So when we tax on these enterprises, we’re taxing our people, we’re taxing on their health, we’re taxing their education, we’re taxing their future, so you have to put that into the proper perspective. We’ve got something good and we will share the wealth, but if we put it into a tax that goes somewhere else, we have no control of it – all we know is we have less money for our children, our elders, our veterans and our people – and that’s something we will protect.”

At the July 17 ON Gaming Enterprise Board meeting, Osage Casino CEO Byron Bighorse said the Nation’s gaming attorneys met with the Oklahoma Indian Gaming Association the day before and those attorneys would be briefing the gaming board in executive session. “I can say there’s no big revelation right now, so you all know what’s happened,” Bighorse said. 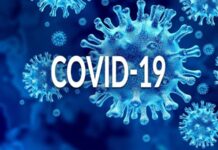 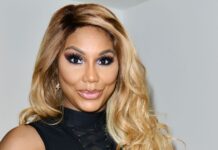