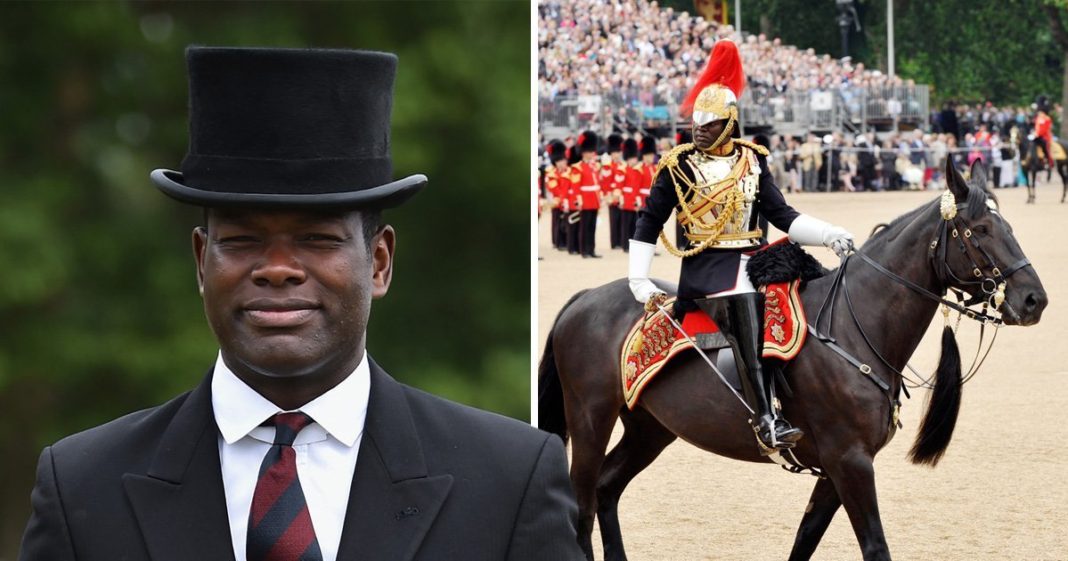 A new personal assistant selected by the Queen is to become the first black equerry in British history.

Major Nana Kofi Twumasi-Ankrah, a Ghanaian-born officer who fought in the Afghanistan war, will fill one of the most important roles in the royal household, The Times reports.

As an equerry, Major Twumasi-Ankrah – known as “TA” to his friends – will act as one of the Queen’s most-trusted attendants, assisting her with official engagements and welcoming high profile guests to royal residences.

Historically, the role was created for someone to look after the cavalry’s horses, but in modern times an equerry is expected to be publicly visible as an aide at the Queen’s side.

The appointment is said to be especially important now the Duke of Edinburgh is set to retire from public life this year.

Major TA, 38, moved to the UK from Ghana with his parents in 1982. He studied at Queen Mary University in London and the Royal Military Academy Sandhurst.

He joined the Blues and Royals to become the first black British Army officer commissioned into the Household Cavalry and acted as escort commander for the wedding of the Duke and Duchess of Cambridge in 2011.

In the same year, he commanded the Blues and Royals taking part in the Queen’s birthday parade.

He lives in London with his wife, Joanna Hanna-Grindall, who works as the Victoria and Albert Museum’s corporate partnerships manager.

Buckingham Palace has been accused of racial discrimination in the past.

In 2001, Elizabeth Burgess, a former personal secretary to Prince Charles, brought forward a claim for constructive dismissal, alleging she had been subject to discrimination by other members of staff.

She told a tribunal the household at Highgrove estate “wanted a white face”, adding: “There were always black jokes and names going round because it is the royal family and it is still very protected.”

The claims were dismissed by the prince’s solicitor as “outrageous” and Ms Burgess lost her claim.

Staff policy published by Buckingham Palace states: “The household aims to employ the best people from the widest available pool of talent … irrespective of gender, race, ethnic or national origin.”

Speaking on film for a documentary on Britain’s open and democratic society, Major Twumasi-Ankrah said: “As a young child, watching the her majesty the Queen’s birthday parade on television, I would have never imagined that one day I’d command the regiment which I’d fallen in love with.”

He added: “From where I sit and from what I’ve seen in the UK, our cultures really do mix and intermingle, and if I’m not a good example of that I really don’t know what is.”

Major Twumasi-Ankrah is currently in a transition phase with the current equerry Wing Commander Sam Fletcher and will take over fully by the end of the year.