In light of the recent police shootings in Texas and the deaths of Alton Sterling in Louisiana and Philando Castile in Minnesota, both killed by members of law enforcement — just the latest three of the many examples of obscene, needless deaths in America — one could conclude that all hell has broken loose and things are falling apart. I do not agree.

Things are bad, but I would posit that they have been this way for as far back into American history as you want to go. What has changed is the amount of information available to the average citizen. Thanks to cellphones and people employing social networking to spread news quickly, what goes on minute to minute has crossed the line into overload.

Now that you can watch people die on Facebook, your evaluation of the facts and the sheer amount of information you want to deal with is up to you. But you can no longer say you don’t know what’s going on.

The despicable litanies of willfully ignorant denial and misinformation I have heard spouted in the last several days by pieces of shit like Rudy Giuliani all but ensure that things will get worse. The mainstream media outlets allow this utter crap to slide by unchallenged and, by doing so, legitimize falsehoods that could get people killed. Ratings-based, 24/7, for-profit media is the complete death of true journalism and a catapult for propaganda.

If white America experienced a fraction of what black America deals with regarding law enforcement, incarceration, the court system, employment and countless other facts of life, they would immediately and collectively lose their minds.

There are at least two different Americas. They have existed in an environment of almost unbroken mutual exclusivity. That’s over now.

See also: Henry Rollins: Backroom Bigotry Is Now Out in the Open

In 1969, when I was about 8 years old, I saw the divide. I went to a school in Washington, D.C., with mostly African-American kids who were bused in from different neighborhoods in the same city. It was a constantly harrowing experience. I got picked on for the color of my skin. Pushed into the urinal, head slammed into the water fountain, shoved down the stairs. It was miserable.

When I really started to understand the two Americas was in third grade. On the last day of school, we were all told if we had passed or failed for the year. There were several kids older than me in my class. They had already been held back and were getting older as their education stagnated. When some of these kids were told that they had not passed, the expression on their faces didn’t change.

Earlier that year, in the play area one day, kids had lined up for free bag lunches that were handed out. There were more kids than lunches. One kid put a pencil through the palm of the kid who got the last one. We all stood there and watched as he screamed.

It was in this year that I understood that my life in America was going to be different, not only because of the color of my skin but because of the advantages that came with it.

I learned another lesson many years later, in 1991. I was on the first Lollapalooza tour. It was one of the best summers of my life. I spent a lot of time hanging out with Ice-T. We talked almost every day. He is one of the most articulate and intelligent people I have ever met. I wish I had a teaspoon of what he’s got. I also spent time with his bandmates and crew.

On days off, or when our buses would pull into the same place, we would eat together. All his guys wore gold. I have no idea what a necklace is worth, but it all looked expensive to me. When we went into places, white patrons and staff tripped on these guys. This is when I understood one of the reasons for the visible display of wealth. My whiteness assured them that I could pay for my meal. Ice-T and his guys had to demonstrate their ability to pay by literally wearing a show of wealth.

I’m an educated, Caucasian, heterosexual male. Does this ensure I will have success and live the American Dream? Obviously it doesn’t, but it damn sure drops me on second base with a great opportunity to steal third.

I live solidly in one of the Americas but have been aware of other Americas for decades. For the last week, I have heard politicians use a phrase that nauseates me whenever I hear anyone say it. The need to “come together.” To that I say, “You first, motherfucker.”

Since an upgrade will not occur on a national level via presidential pen stroke or SCOTUS decision, you have to take it upon yourself to be an infinitely fantastic person every single day. There will be times when it will be a bitch to be so awesome, but you’ll handle it. This century will be about incredible individuals. Bold acts of kindness and a genuine desire to at least try to see things from someone else’s perspective are but two of the mandatory requirements for betterment moving forward.

Don’t wait for your government. It’s a broken machine that can only deliver damaged goods. Prejudice coats the mechanics of the USA’s OS. Attempts to clean the parts are attacked as big-government, special-interest meddling. It’s by no means a Gordian knot, but a total system retool is required. It would be incredibly expensive and time-consuming, and the growing pains would be enormous. Not gonna happen.

Equality, tolerance and decency are not inherently American or human traits. They are values you choose to adopt and use or not. So, be amazing all the time.

Look for your weekly fix from the one and only Henry Rollins right here every Thursday, and come back tomorrow for the playlist for his Sunday KCRW broadcast. 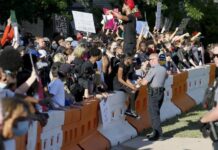 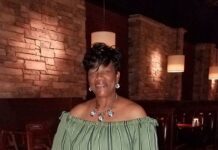 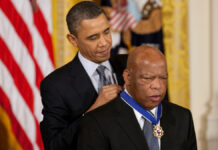