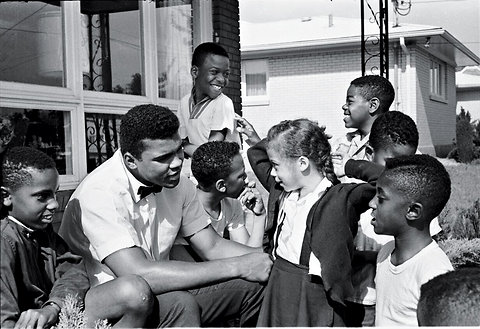 Nearly four million historic photos taken by Ebony magazine photographers over the years, which became the soundtrack of the lives of African Americans during pivotal moments in history, will now be auctioned off to the highest bidder.

—A Sad Day: Ebony to auction off its prized photo archives to pay creditors—

On Wednesday, the auction of the archive collection will take place in Chicago and is organized by Hilco Streambank. This past April, the publishing company filed for Chapter 7 bankruptcy protection and the court approved for the photos to be sold to repay Johnson Publishing’s debtors, reports The Chicago Sun-Times.

Johnson Publishing unloaded its’ Ebony and Jet magazines three years ago and has been pushing for the sale of the photo archive since 2015. The archive holds 4 million images dating back to the civil rights era, while also telling the visual story of icons like Muhammed Ali and Emmett Till.

Captured in the photos was the essence of the legendary celebrities doing everything things like Ray Charles playing dominoes, Eartha Kitt tending to her garden and a snap of Muhammad Ali sitting in his car with a full-size record player, the outlet reports.

“It’s something worth saving. … This is not something that one individual ought to have or keep for themselves,” said Samir Husni, a magazine industry analyst and journalism professor at the University of Mississippi. “This is a history that should be open for everybody.”