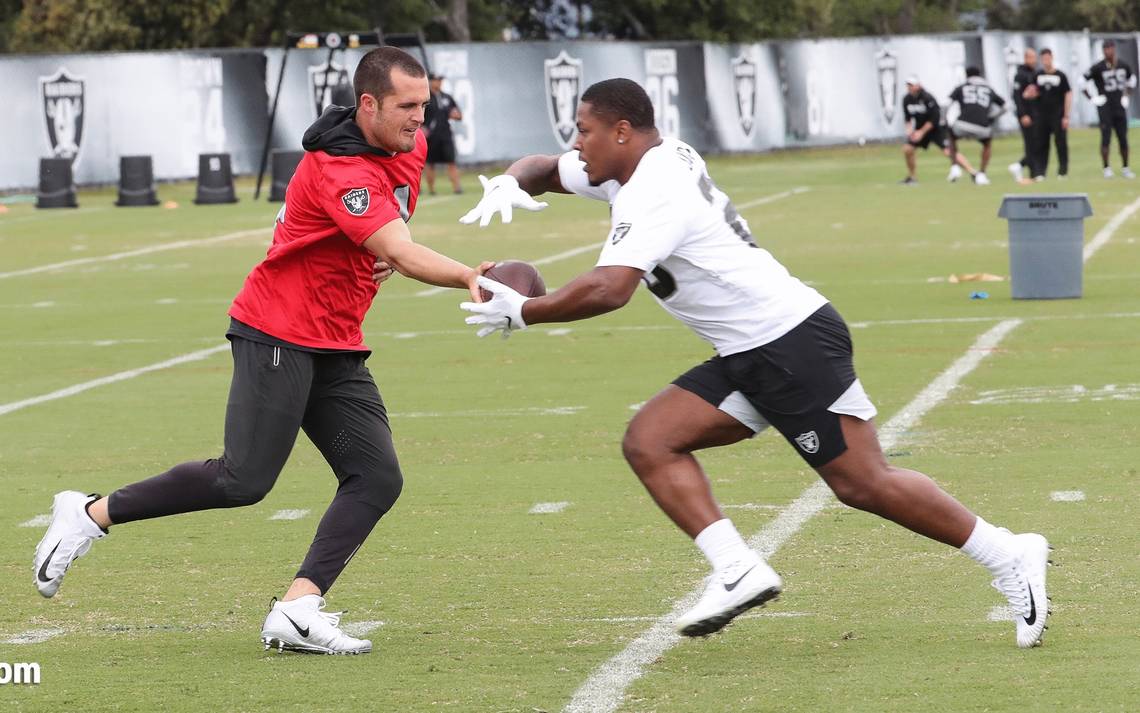 The NFL legend has spoken, and now the excitement is building for the Oakland Raiders 2019 campaign.

While the offseason is in effect and the Silver and Black won’t be back for training camp until July 23, that doesn’t mean that there are no storylines surrounding the Oakland Raiders. In fact, there is plenty to discuss with this team as it enters Jon Gruden’s second season in a 10-year contract. Will this defense shut down Patrick Mahomes in 2019? Will Clelin Ferrell become a game-breaking defensive end? There are plenty of questions that must be answered.

Fortunately, Hall of Fame running back Marcus Allen has some answers. The former Raiders star (1982-1992) who rushed for 8,545 yards and 79 touchdowns during his tenure recently provided some commentary for the team website. During this brief conversation, Allen explained that he can’t wait to see rookie running back Josh Jacobs on the field and making plays for the Raiders. 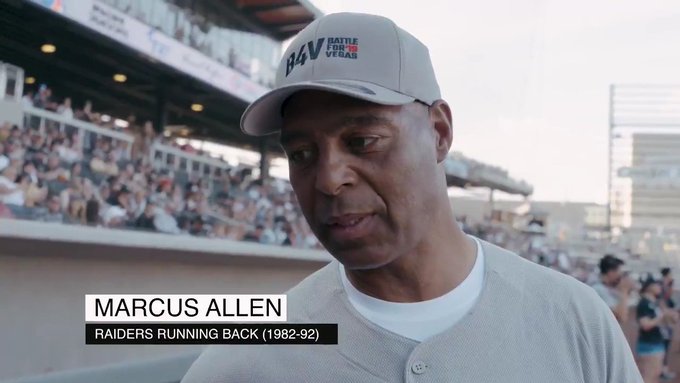 “Getting to know him, I think he’s a great individual.”@MarcusAllenHOF is looking forward to watching @iAM_JoshJacobs work.

Of course, this praise isn’t a new development for Allen. The Hall of Famer also wrote a message on Twitter back on May 1, stating that he’s excited to watch Jacobs in this Raiders offense. Allen also said that the Alabama product is destined for greatness. Granted, Jacobs will need the surrounding members of this offense to help put him in favorable positions during his rookie season.

To that point, there is considerable optimism surrounding Derek Carr and the new weapons in the Bay Area. This year is critical for the former second-round pick out of Fresno State, and the Raiders have put him in the best possible situation to succeed. He is surrounded by top receivers in Antonio Brown and Tyrell Williams, and he has a revamped offensive line providing protection. The jury is currently out on whether or not these changes will help Carr reach a new level of production, but Allen is excited to see the young quarterback putting his talents on display, especially after fully recovering from his back fracture (2017) and broken fibula (2016).

“I’m looking forward to Derek [Carr] coming back and having a great season,” Allen continued. “I think a lot of people really underestimate the difficulty of coming back after a major injury like that, and I think it takes a year. I think he’ll bounce back and he’s going to play great. I’m looking forward to Antonio [Brown] as well. He’s an explosive player. Obviously, he has all the numbers, he has the credentials, and he’s a great player, so hopefully, he will continue that with the Raiders.”

The Oakland Raiders may not be locked into a playoff spot during the final season in the Bay Area, but Marcus Allen is just excited to see these new pieces coming together on the field.At this point, it’s far more likely that Brown and Carr will find success during their first season together, which will only make the Raiders more competitive in this hard-fought AFC West. Adding a talented running back in Josh Jacobs just ups the likelihood that this team will be posting some surprising victories in 2019.