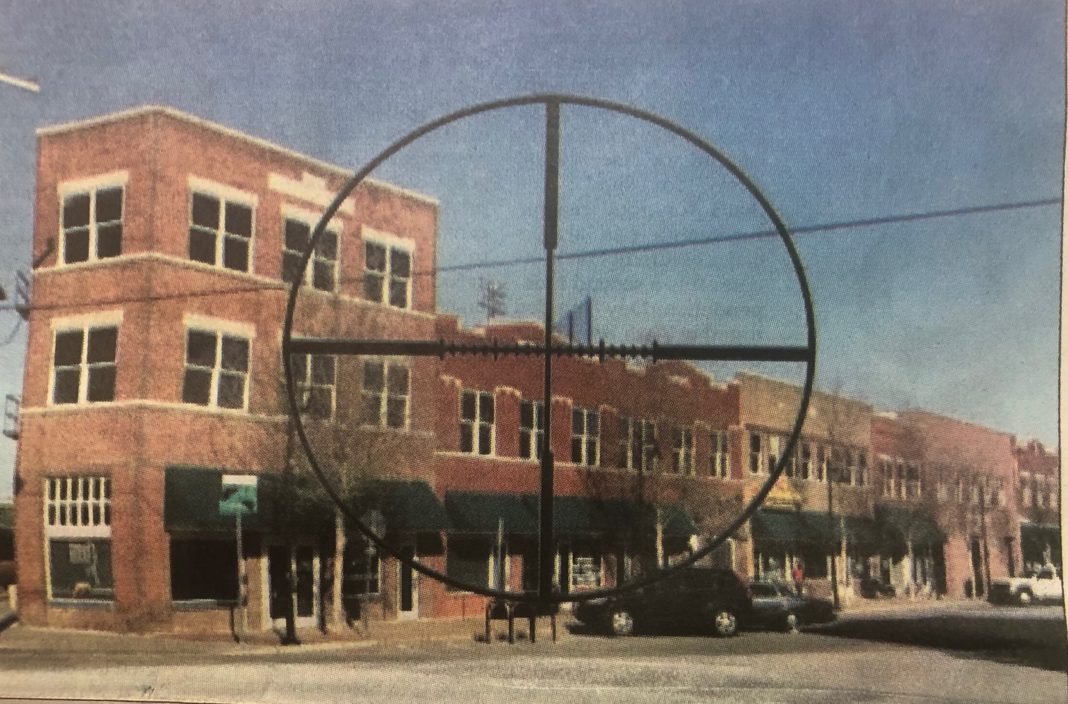 From Desk of the Editor

Presently, in some Tulsa boardrooms and offices, individuals are quietly discussing further development plans for the strategic gentrification but “legal” usurpation of the Greenwood District.

By 1921, although racially segregated, the people of Greenwood flourished against enormous odds. Suddenly, in the “twilight’s last gleaming”, came thousands of white terrorists pillaging and utterly destroying it. Their guns slaughtered hundreds of innocents. There were “bombs bursting in air”. By the “dawn’s early light” could be seen the “red glare” of the smoldering ruins’ of thousands of homes and businesses. After 100 years, those acts of domestic terrorism, murder and mayhem will go unpunished.

Over the ensuing years, there have been but token expression of apologies and token remembrances marking that infamous time but promises of appropriate redevelopment of Greenwood have been but sugar-coated deceptions as developers in the city of Tulsa are eyeing the last bits of acreage of land, originally taken by the government, in trust, to provide better opportunities for people indigenous to the area. But the rich and well connected are posed and salivating at the prospects of economic gain.

As bleak as it may seem, it is not too late to stop the barbarians at the gate. After the 1995 Oklahoma City bombing, it would have been unthinkable and repugnant to built on that historical site a Whole Foods, for example, instead of a museum. Why isn’t the same thinking process in place concerning Greenwood where Oklahoma’s first domestic terrorist attack took place?

The Oklahoma Eagle invites its readers to consider, embrace and support the following plan to make Greenwood Great Again.

1. Establish a Greenwood District Board to control and monitor development and economic activities for the district. Its purpose will be to foster development of small business specializing in the history, food, arts and entertainment unique to the area.

2. Set Aside land, acquired by the Urban Renewal Authority, as its “highest and best use”, the construction of multipurpose facilities used by small businesses specializing in the history, food, arts and entertainment unique to the area.

4. Use set asides allowed by Preservation of Historic Districts to limit gentrification without necessary approvals by not only government but residents indigenous.

6. Use Tax credits for minority business to spur growth.

Those of you who care about Greenwood, it is time for your voices to be heard. Contact www.theoklahomaeagle.net, Facebook(The Oklahoma Eagle) or our Twitter (@OKEaglePaper), this may be your last chance.

We are aware of plans to build a museum but more must be done. The Greenwood District should be a world-class attraction to which millions of people will be drawn because of its unique history on the world stage. The history of Greenwood is intertwined with the history of slavery, the Indian Removal Act and the Indian Allotment Act. Visits by millions make enormous the prospects for small business development specializing in Greenwood history, food, arts and entertainment and perfectly blend in with other cultural and entertainment districts adjacent to it.

All of Tulsa should embrace this endeavor with pride and optimism.