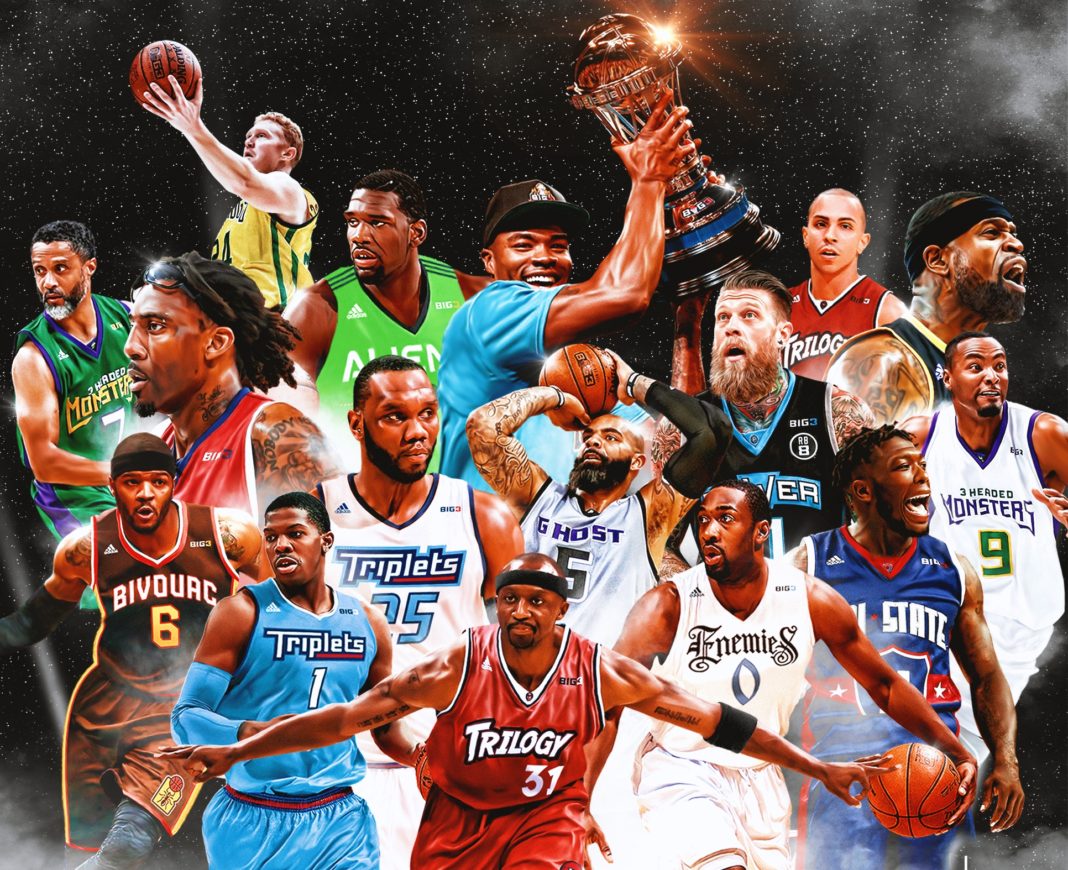 Reigning BIG3 champion Power topped 3’s Company in a 2018 championship rematch to begin the season 1-0. The leading scorer across all of Saturday’s games, Cuttino Mobley, ended the evening with 28 points (including 5-of-7 on 3-point shots), six rebounds and four assists.

Expansion team Bivouac, began its first season 1-0 behind dominant play from Detroit fan-favorite Will Bynum. Much to the arena’s adoration, the former Piston (six seasons for 8.4ppg, 3.4apg) scored 22 points in his BIG3 debut.

The opening night excitement extended far beyond the court. The three games were broadcast across CBS and CBS Sports Network, the first of many shown as part of the league’s new broadcast partnership with the storied network. Additionally, highlights from the season’s first three games were all over Twitter, with “BIG3,” “Cuttino Mobley,” and “Reggie Evans” showing up as national trending topics all evening.

BIG3 co-founder Ice Cube thanked Detroit for its continued support of the league with a halftime address and performance of “Today Was a Good Day.”

Reggie Evans, who led the league in rebounds in both 2017 and 2018, had a (3 Headed) monster performance with 22 points and 23 rebounds. Evans spent much of the evening hustling after missed shots and throwing down several big dunks. 2017 MVP Rashard Lewis returned from a season-ending injury in 2018 and looked sharp with 18 points and 11 rebounds.

In addition to the win, 3 Headed Monster Larry Sanders went home with another victory in his first BIG3 appearance. The third overall selection in the 2019 BIG3 Draftproposed to his girlfriend in front of a doting crowd. Her response was an enthusiastic yes.

Despite yielding a 25-14 lead at halftime, 3’s Company’s Drew Gooden contributed several big shots, including back-to-back 3-pointers early in the second half that helped close the gap to 22-27.

In the end, even a 4-pointer from captain DerMarr Johnson wasn’t enough for 3’s Company. Mobley and company returned big shot with big shot – including a few back-to-back 3-point contributions. Chris “Birdman” Andersen added 10 rebounds in the winning effort.

After the game, Coach Nancy Lieberman lauded Power’s cohesiveness as she led her entire team, including Corey Maggette, to the postgame press conference. Last year’s MVP did not participate due to injury.

Two 2019 expansion squads closed out the night as Bivouac took on Enemies.

Tensions flared early as Enemies’ Royce White, the overall no. 1 overall pick in last month’s BIG3 Draft, and Bivouac’s Josh Smith exchanged words following a foul call on the former NBA All-Star. The back-and-forth escalated into some pushing and shoving, before the two were broken up. After a brief discussion, the referees ejected both first-year players for the night.

Several Bivouac players stepped up in Smith’s absence. Will Bynum, who called Detroit home for six seasons with the Pistons led the way with 22 points, including several determined drives to the basket. Anthony Morrow contributed to the win with 16 points and five rebounds. C.J. Leslie rounded out a solid team effort with nine points and nine boards.

Enemies’ Craig Smith, who looked like a seasoned 3-on-3 pro, put up 26 points and 11 rebounds in the loss.

A roaring Bankers Life Fieldhouse was treated to an action-packed afternoon of professional basketball, as the BIG3 made its way to Indianapolis, Ind. for the first time in league history.

The opening game at Bankers Life Fieldhouse featured three players with Indiana ties in Greg Oden, Andre Owens and Brandon Rush all suiting up for Aliens. After a 12-2 run by Aliens opened the game, the Triplets, coached by former WNBA superstar Lisa Leslie, found the magic they needed to scratch their way back into the game.

Down 26-20 at the half, Leslie’s squad went on a 10-0 run to take the lead. The two brand new franchises continued to duel until the final whistle blew, but “ISO” Joe Johnson (27 pts, 16 reb) proved too much to overcome and earned their first victory in team history.

Tri-State looked to be well on its way to victory after closing the first half with a 26-17 advantage. The Killer 3’s, however, had other plans in mind. Scratching and clawing back into contention, the Killer 3’s forced the game to be decided beyond the 50-point mark.

With the score standing 50-49 in favor of Tri-State, the Killer 3’s remained cool under pressure and a jumper by C.J. Watson saw the black and yellow squad go up by one. A quick response from Tri-State, a two-point bucket Richardson, reversed the lead back and once again put pressure on the opposition.

As the shot clock winded down, the ball fell into the hands of second round draft pick, Donte Greene. Greene watched as his shot from beyond the arc hit the bottom of the net, earning the Killer 3’s an opening weekend victory in dramatic fashion.

Ghost Ballers and head coach George “The Iceman” Gervin pinned down their first win of the season, several weeks ahead of last year’s pace. The squad, which was without co-captain Carlos Boozer, was paced by the flashy play of Mike Taylor and high-percentage shooting from Jamario Moon (20 pts on 8-of-13 shooting).

The Ball Hogs, led by Will McDonald’s 17 points (on 8-of-12 shooting), kept things in close in the first half (23-26). Despite fighting throughout the game, and 10 points from both DeShawn Stephenson and Marcus Williams, they failed to claw their way back into contention. The Ghost Ballers’ new-look offense outscored the Hogs 24-16 in the second half.