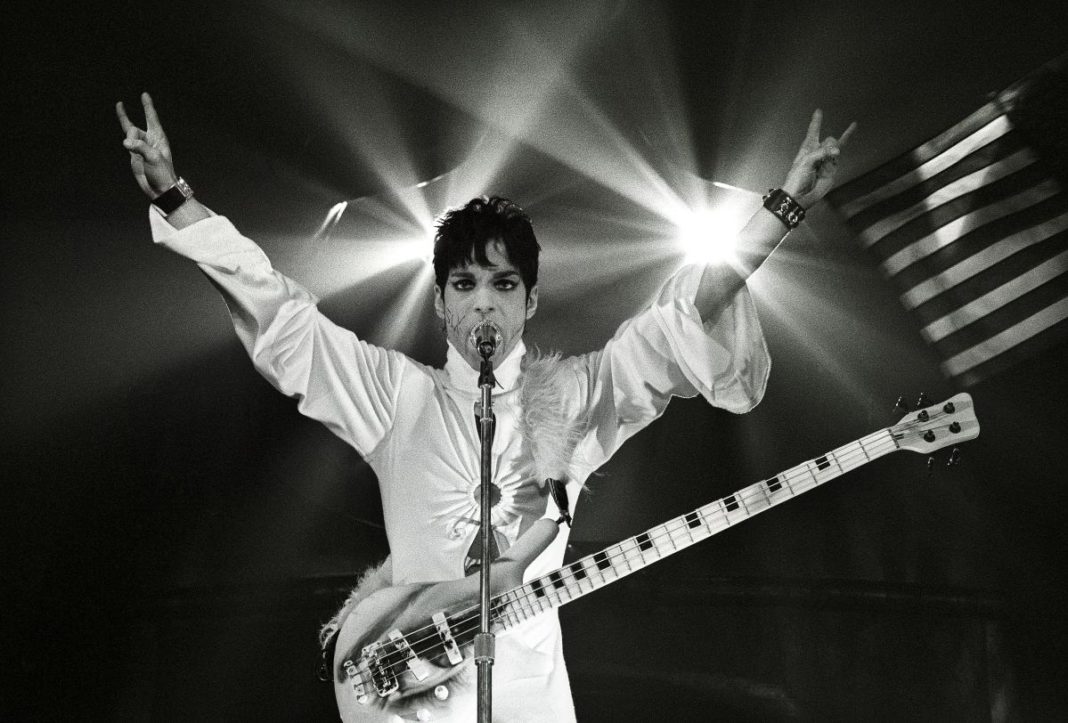 Today, Prince would have been 61 years old and, right on time, a new alum is being released called “Originals.” The 15-track album are songs written by the artists but were first released by others like Sheila E., Apollonia 6, The Bangles and  Sinéad O’Connor. The album is exclusively available on Tidal and everywhere else on June 21.

SEE ALSO: Some No Name, Pitchy R&B Singer Disrespected Keith Sweat And Gets Demolished On Twitter

The musical genius passed away on April 21, 2016 but he certainly has not left the world of pop culture. In September,  Prince posthumously received a major honor from the University of Minnesota. The institution—which is based in his hometown—awarded him with an honorary degree for his contributions to the music industry and the city of Minneapolis.

The university held a ceremony where they awarded him with a Doctor of Humane Letters degree. However, the school made the decision to give the “Purple Rain” singer an honorary degree long before he passed away. “Prince emulates everything a musician should be,” Michael Kim, director of the university’s School of Music, said in a statement according to CNN. “Society pressures young people to conform to certain standards, and Prince was anything but standardized. Be yourself, know who you are and good things are going to happen.”

In addition, Prince clapped back from the grave after Trump had the audacity to his music at rallies. “The Prince Estate has never given permission to President Trump or The White House to use Prince’s songs and have requested that they cease all use immediately,” Prince’s estate said in a statement via Jeremiah Freed, also known as Dr. Funkenberry.

While Prince was certainly a political artist, he often talked about race, poverty and faith in his music. He was not associated with a particular political party, and he was also open about never voting. In 2009, Prince told Tavis Smiley about President Barack Obama, “Well, I don’t vote. I’ve don’t have nothing to do with it. I’ve got no dog in that race.”

He continued, “The reason why is that I’m one of the Jehovah’s Witnesses and we’ve never voted. That’s not to say I don’t think … President Obama is a very smart individual and he seems like he means well. Prophecy is what we all have to go by now.”

We are honoring the Purple One’s legacy with other surprising facts you may not have know.

Happy Birthday, Prince: 20 Surprising Facts About The Purple One was originally published onglobalgrind.com

1. Today Would Have Been Prince’s 61st Birthday, We Are Honoring His Life

2. Prince wrote his first song at age 7. He titled it “Funk Machine.”

3. As a child, Prince struggled with epilepsy

4. Prince once sued Adobe Photoshop to prevent fans from altering his photos. Unfortunately, he lost.

6. The “Purple Rain” soundtrack spent 24 weeks at number one on Billboard.

7. Michael Jackson’s “Bad” was supposed to be a duet with Prince.

8. Prince was a devout Jehovah’s Witness.

9. In 1980, when John Lennon was murdered, Prince was only a few blocks away.

11. Family and friends called Prince “Skipper” as a kid.

13. Despite his small stature, Prince was a remarkable basketball player.

14. Prince formed his first band when he was 13 years old.

18. Prince scrapped his 1987 album “The Black Album” just days before its release.

19. Prince penned The Bangles’ “Manic Monday” and Chaka Khan’s “I Feel For U.”

21. Prince sent Janelle Monae a singing telegram asking for a copy of her “The Electric Lady” album.