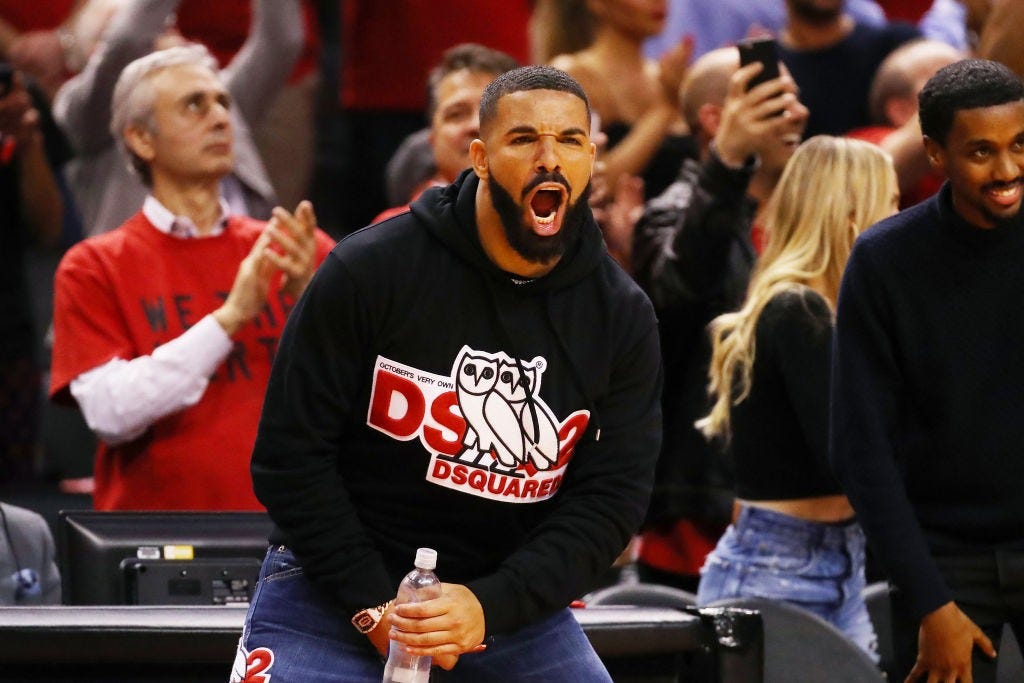 My understanding is the basic message was, have fun, but quit being such a jerk

NEW: the NBA spoke to the Toronto Raptors about Drake’s presence on the sidelines ahead of the Finals http://www.espn.com/nba/story/_/id/26848881/nba-spoke-raptors-drake-ecf … 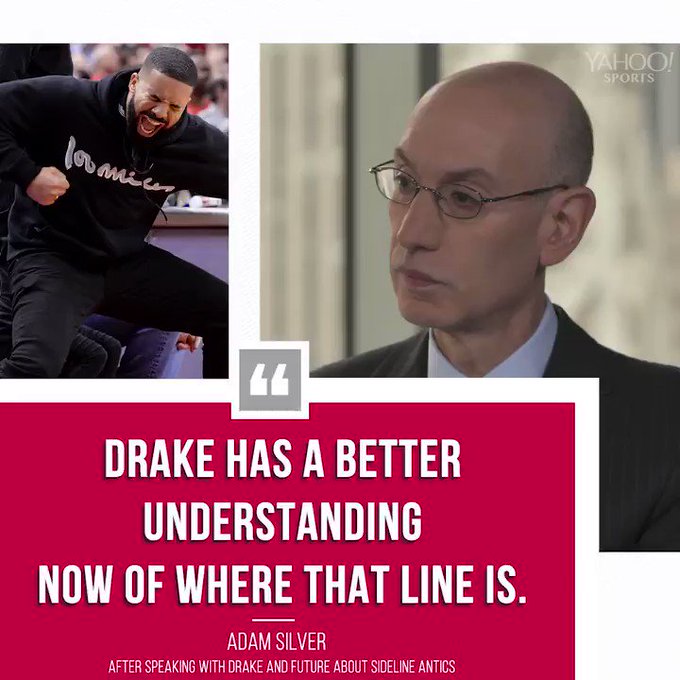 Will we see a backrub in the Finals from @Drake?

Subscribe below for the full Posted Up Podcast episode with NBA commissioner Adam Silver and @ChrisBHaynes dropping tomorrow.

Well you knew that was coming. Kind of sad the Warriors are already making the league step in and make sure Drake stops his bullshit and is on his best behavior as we all prepare for Game 1 tomorrow night. After everything that went on during the Raptors last series and how much of a shit storm Drake’s antics caused, you knew the league was going to have to say something before the Finals. Listen even if you think what Drake did was a little much, this is still bullshit. If you don’t want him clowning on you and acting like an asshole, don’t give him a reason to. Kind of weak that the league stepped in and got involved if you ask me. This is the Finals, the Raptors are tasked with the impossible in terms of beating this dynasty, I say let them use every advantage they can think of.

You know what we don’t need as fans? A calm and collected Drake. You know what we do need? Drake being crazy and talking a whole lot of shit right in Draymond Green’s face. Walking all the way down the sideline on an inbounds pass and just laying into him. That’s what the people want and frankly it’s what we deserve. Sure it can be annoying and all that shit, but I find it suspicious that we didn’t hear about the league getting in touch with Drake during the ECF when he was tormenting Giannis. This whole thing sounds to me like the Warriors are a little nervous about Drake and made sure Adam Silver did something about it as they start the Finals on the road for the first time during this entire run.

Hopefully Drake gets so hyped up during the actual game that he forgets everything the league told him and he’s back to his trolling ways tomorrow night. Until then though, I have to say…..

NBA spoke with the Raptors about Drake’s “activity and presence” on the sidelines in the ECF, per @ESPNMichele 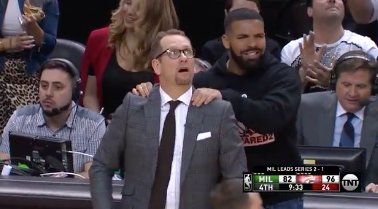 Yo @drake When the ball is in-play sit the FCK down! That aint gonna fly in Oakland! #GlorifiedMascot @warriors @Raptors @NBA @E40