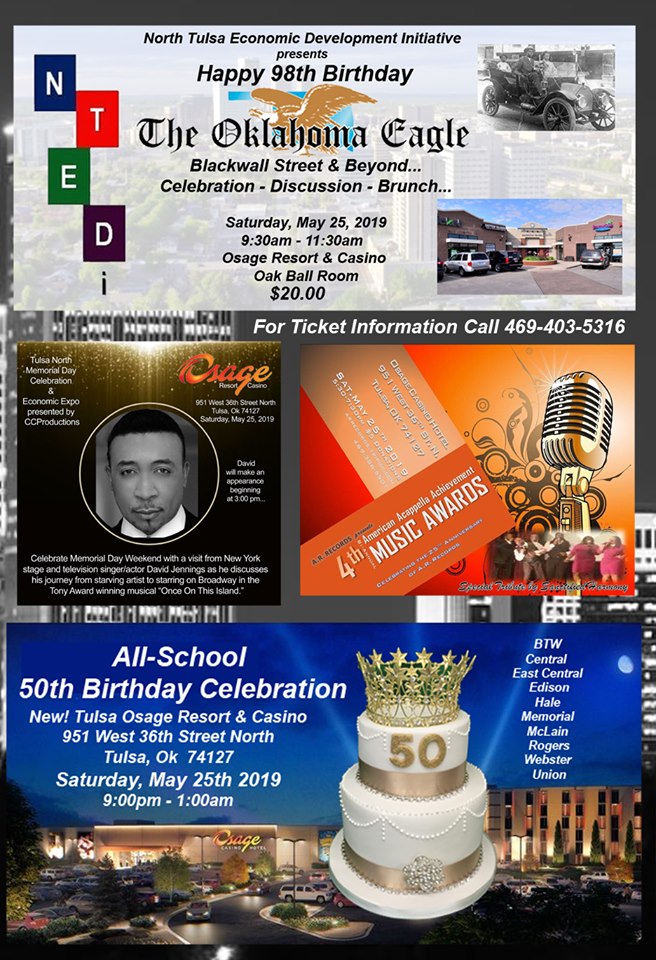 Native Tulsan Charles Christopher’s company CC Production along with One Tulsa have partnered to host five events in one day on Memorial Day weekend Saturday, May 25th at the Osage Million Casino and Hotel in the Oak Dogwood Ballroom.

The festivities begin with The Oklahoma Eagle 98th Birthday Breakfast from 9:30 a.m. to 11:30 a.m. The Eagle began in 1913 as the Tulsa Star and was burned down during the 1921 Race Massacre and was renamed The Oklahoma Eagle newspaper. The Goodwin family has held the newspaper in its family since 1937 and it is currently the only black family who has solely owned a publication in the United States of America.

The publisher of the paper currently is James O. Goodwin the Eagle and launched its website www.theoklahomaeagle.net three years ago. The Eagle is continuing to adapt to the digital age of media as well continuing its hard copy distribution having never missed a publication week in 98 years. 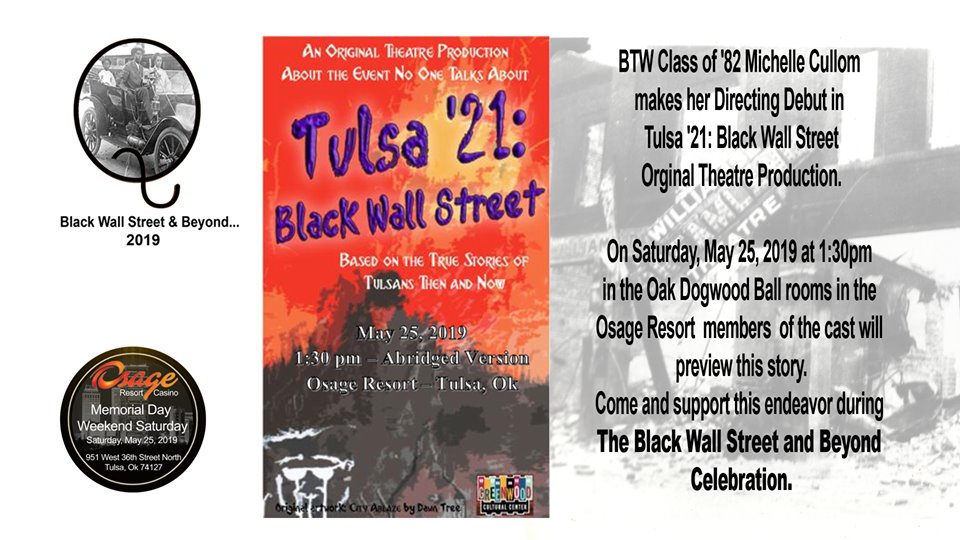 The Tulsa North Economic Expo with vendors and presentations will begin immediately following the breakfast. A special appearance by David Jennings, a New York singer and television actor, with a special performance from songstress Majaste’ Amore Pearson.

The American Acapella Awards event will begin at 5 p.m. followed by the All-School Class of 1987 turns 50 Celebration at 9 p.m.

Tickets and Vendor registration is also available at www.squareup.com