The future for one NBA franchise will change drastically on Tuesday, with the league holding its draft lottery in Chicago. Who will get the right to — presumably — draft Duke’s Zion Williamson next month? Results of the lottery will be announced at 8:30 pm ET on ESPN. This is the most anticipated draft lottery since LeBron James was entering the NBA in 2003. Per league rules, Williamson had to wait one year after graduating from high school to be eligible for the draft. In his lone season at Duke, Williamson was the biggest draw men’s college basketball saw in years. At 18 years old and listed at 6 feet, 7 inches tall and 285 pounds, Williamson was a human highlight reel — not just with his explosive dunks but with his all-around game.

The on-stage team participants at the 2019 #NBADraftLottery Presented by State Farm in Chicago! 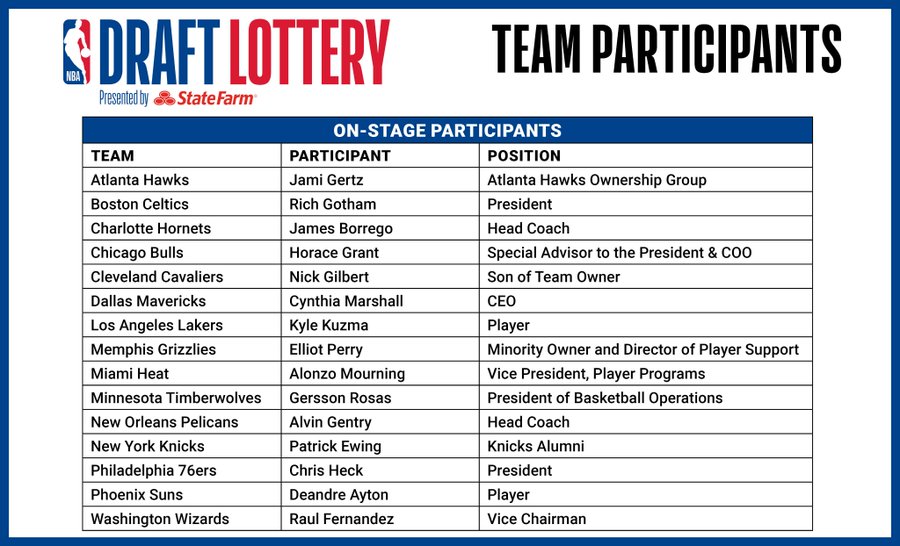 The lottery room team participants at the 2019 #NBADraftLottery Presented by State Farm in Chicago! 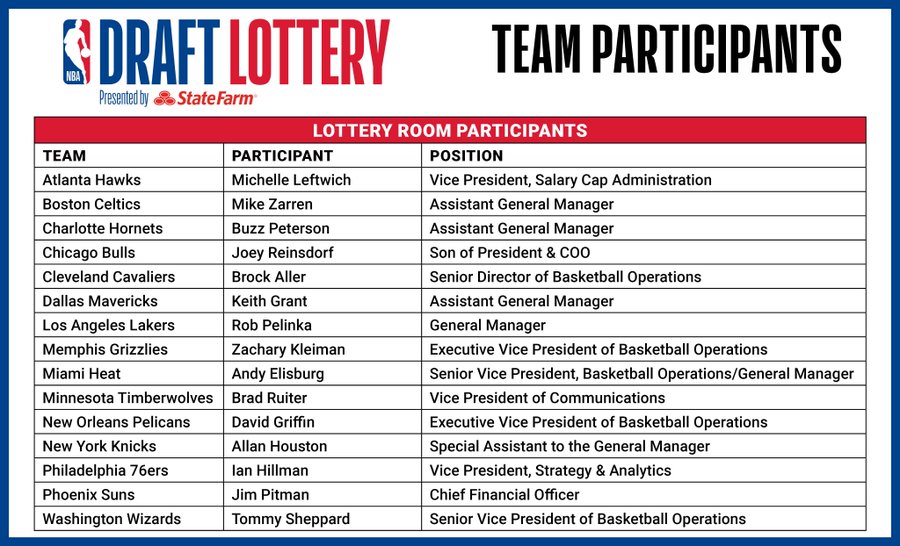 Will Williamson’s game translate to the NBA? That remains to be seen, but it’s tough to see any team wanting to pass up his potential. Every fan base — especially New York Knicks fans — will be holding their breaths waiting on those envelopes to reveal who gets the top pick on Tuesday. The Knicks had the worst record in the NBA this year, at 17-65. But that doesn’t mean they’re guaranteed to land Williamson. The 14 teams that missed the playoffs all have a chance at the coveted No. 1 spot. And with recent changes to the lottery, the only guarantee is New York will get the fifth overall pick or better.
Read: NBA draft lottery explainer
In 2017, the NBA Board of Governors approved changes to the lottery system to discourage teams from tanking in the regular season. Before this year, the top seed had a 25% chance of winning the lottery. Now, the odds for the top pick look like this (* denotes projected or traded pick):
The rest of the first round (15-30) and the entire second round of the draft are determined in reverse order of regular season record. In 2018, Phoenix won the lottery and took DeAndre Ayton with the No. 1 pick. This year’s NBA draft is June 20.