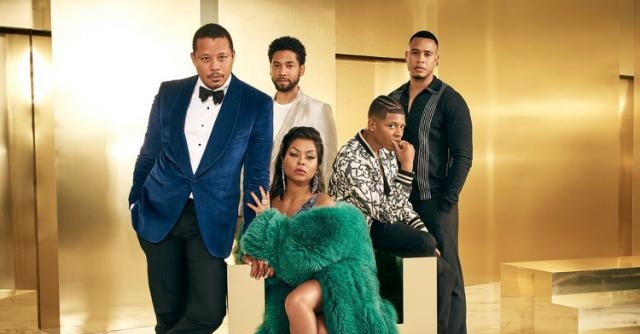 Empire fans, prepare to say goodbye to the Lyon family.

Last month, Fox announced that the series had been renewed for a sixth season — and on Monday, the network announced that the new season, premiering this fall, will be the last. According to a press release, the final season “promises to be filled with drama, shocking surprises and more jaw-dropping moments.”

During a press conference call, Fox entertainment president Michael Thorn said the final season would be “a large television event.”

“We really are trying to go out guns blazing,” he said. “One of the great benefits of announcing a final season is to give the fans the ending they deserve. We feel really good about what we’re doing with it.”

“We’re excited to see the show go out with a bang,” he continued. “We’re really focused on giving it the crescendo it deserves.”

RELATED: Will Jussie Smollett Be Back on Empire? Why His Future on the Show Remains Uncertain

Empire‘s cancellation comes in the wake of a major scandal surrounding Jussie Smollett, who has played Jamal Lyon on the show since it premiered in 2015. In March, Smollett, 36, was indicted with 16 counts of disorderly conduct for allegedly filing a false report claiming two men attacked him in an apparent hate crime in Chicago in January.

The actor, who faced intense scrutiny and backlash, had pleaded not guilty to allegations that he lied to police when he said he was attacked in what authorities later claimed was a staged incident to draw attention to himself. At the end of March, all charges against Smollett were suddenly dropped.

Asked during Monday’s call about Smollett’s future on the show, Thorn reiterated the network’s stance: While the studio has negotiated an extension to Smollett’s option for season 6, at this time there are “no plans” for the character of Jamal to return to Empire.

“As you might’ve read recently, there’s an option to have Jussie in the series,” Thorn said. “But at this point, we have no plans.”

“The room hasn’t even gathered yet, so we have an option but there are no plans yet,” he added.

Though the charges against the embattled actor were dropped, the Cook County State’s Attorney’s Office has not, however, fully retreated from its initial decision to bring charges against him or otherwise addressed whether prosecutors still believe he staged the attack, saying they “stand by the Chicago Police Department’s investigation and our approval of charges.”

Smollett’s attorneys released a statement to PEOPLE after the charges were dropped, saying, “Today, all criminal charges against Jussie Smollett were dropped and his record has been wiped clean of the filing of this tragic complaint against him. Jussie was attacked by two people he was unable to identify on January 29th. He was a victim who was vilified and made to appear as a perpetrator as a result of false and inappropriate remarks made to the public causing an inappropriate rush to judgment.”

“Jussie and many others were hurt by these unfair and unwarranted actions,” the statement continued. “This entire situation is a reminder that there should never be an attempt to prove a case in the court of public opinion. This is wrong. It is a reminder that the victim, in this case Jussie, deserves dignity and respect. Dismissal of charges against the victim in this case was the only just result.”

In April, Smollett was sued by the City of Chicago after it allegedly spent more than $130,000 “in overtime costs to investigate” his alleged attack, according to the lawsuit. Smollett’s attorney did not respond to PEOPLE’s request for comment.

In a statement last month to The Hollywood Reporter regarding Empire‘s season 6 renewal, a rep for Smollett said: “We’ve been told Jussie will not be on Empire in the beginning of the season but he appreciates they have extended his contract to keep Jamal’s future open. Most importantly he is grateful to Fox and Empire leadership, cast, crew and fans for their unwavering support.”