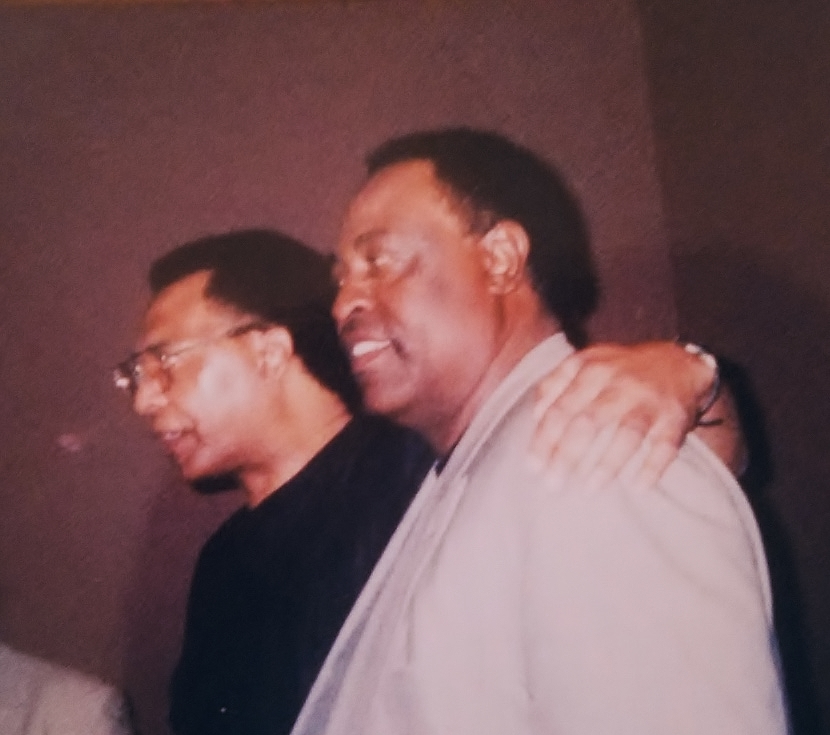 Crutcher Heads To Washington, D.C. To Speak On Capitol Hill

I first met Nate Harris on a basketball court at the Old Hutchinson YMCA here in Tulsa.  Nate’s team, the Bumpers, beat my company team (Unit Rig) pretty bad. I had just arrived in Tulsa and did not know very many people.  Nate approached me and said, “Hey brother I like your game.”  I said, “thanks, you guys are tough.” That conversation started a friendship that has lasted for almost fifty (50) years.

I watched Nate at Old Mason High School (his first head coaching job) start a basketball career that has led him to greatness. The thing that I want to relay to people is that Nathan Harris is a man that I truly respected and cared for deeply, a true friend.

I think everyone knows of the many accolades that Coach Harris acquired in his career. Ten (10) State Basketball Championships, coached two (2) McDonald All-American teams, produced many All-Americans and some McDonald All-Americans, won many Tournament of Champions, and has the Nathan E. Harris Fieldhouse in his honor, in additions to several others.

Nate Harris was a man of integrity, smart and intelligent, tough but fair, and wanted to make a difference in every kid’s life he touched. When it came to kids, Coach Harris was very passionate, clear in his thoughts, and a true disciplinarian.

I will truly miss my friend. He was a man I could talk to and confide in when I needed a listening ear. Not many people knew how Nate was a father, mother, and friend to so many kids over the years from Mason, Edison, Carver, Booker T. Washington, among others. I witnessed first-hand Coach Harris taking food to kids houses, buying clothes, helping parents, while showing his admiration, respect, and love for his community.

The one thing I loved about my friend was that I was always his sounding board after loses or confrontations, and I loved it. We would always dissect the game, the effort of the players, his coaching, and what we needed to address. Nate was a great coach and he knew how to get the best out of his players. The student-athletes that played for Coach Harris loved and respected the man.  He worked extremely hard to get every kid he could an athletic/academic scholarship.  When Nate spoke, there was silence. The man’s message resonated with people because he was a leader and his advice were well received.

There were many times I was furious and visibly upset as I watched in disbelief as Coach Harris was verbally attacked, sometimes in the public eye.  I watched as Coach Harris responded with a soft and calm voice, very disciplined, and always under control.  Watching his response taught me a valuable lesson in life.  That day, Nate Harris truly became the man I wanted to be a role model for my boys.

Coach Harris and I had good times and bad times. During the bad times we talked together, drank together, and cried together.

The one thing I will probably miss most is the conversations we had about our kids and grandkids. I can truly say Nate loved his wife Sandra, his children, and all his grandkids. We always knew this day would come for one of us, and it was automatically understood through our friendship that we would look after the others family.

The “Hornet Nation” mourns. We lost our general, but the love Nate Harris had for the “Orange and Black” will forever be remembered. I not only lost a friend, but I lost a brother. My life will be a little empty without my friend.

The “Hornet Nation” salutes you. Rest in Peace My Friend.

Coach Nathan Harris public visitation will be held on Friday, May 10, at 5 p.m. at Friendship Church, 1709 N. Madison Tulsa, Okla. The funeral service will be held on Saturday, May 11, at 11 a.m. at Nathan E. Harris Field House (Booker T. Washington High School-Tulsa).