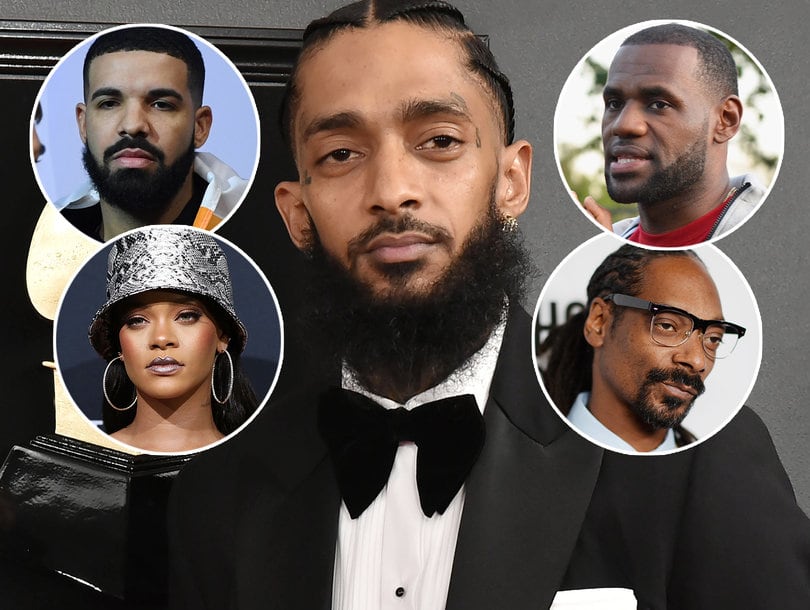 A banner of Nipsey Hussle is stretched across an exterior of the Baldwin Hills Crenshaw Mall. It has been there for most of the year and is easy to spot if you’re cruising down the uneven stretch of road that funnels Martin Luther King Jr. Boulevard through Crenshaw Boulevard.

On the placard, Hussle — looking fly in a black tracksuit and gold-rimmed shades, his hair tightly braided in precise cornrows — is gazing upward, hands clasped as if in prayer or plotting the next move.

Given the image was a celebratory banner for his sensational, Grammy-nominated label debut “Victory Lap” — a record that saw him go from an ambitious underdog to one of West Coast hip-hop’s most valuable players — it’s quite likely his mind was on future initiatives.

Yet, after the rapper was shot dead on Sunday, at 33, the billboard will now become a monument to an artist violently robbed of his life.

Here’s the thing to understand about Hussle, and why his death is exceptionally devastating not only to those of us who live and breathe hip-hop but also reside in his birthplace of South L.A.: He was more than a rapper. (Not that there’s anything wrong with just rapping, because there isn’t.) 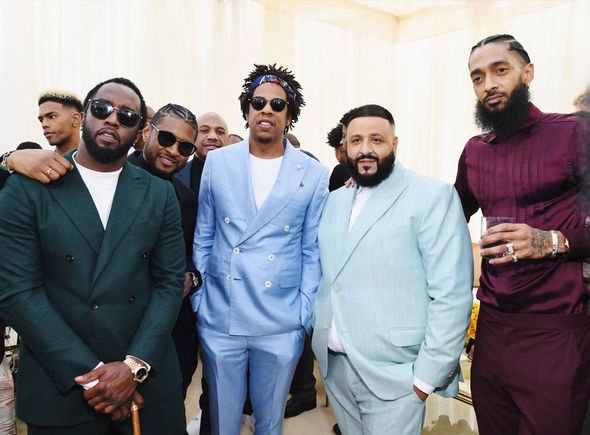 Driven by a rapacious desire to reinvest in the streets that raised him and rebuild the community, Hussle became an entrepreneur, community organizer, activist and mentor as he transformed into a rap star. His death in front of the strip mall he was redeveloping a few blocks away from that celebratory banner feels particularly cruel. In fact, as I write these words the buzzing of news and police helicopters is rattling into my office.

Hussle, born Ermias Asghedom, never shied away from the licks and stumbles that came with growing up in South L.A. in the ’90s.

He came of age right down the road from the mall where his visage now hangs in what he called “the worst house on the best block.” He hustled, doing whatever he needed to survive. And yeah, he fell into gangbanging, pleading allegiance to the notorious Rollin’ 60s Crip set.

“We dealt with death, with murder,” he told The Times in 2018. “It was like living in a war zone, where people die on these blocks and everybody is a little bit immune to it. I guess they call it post-traumatic stress, when you have people that have been at war for such a long time. I think L.A. suffers from that because it’s not normal yet we embrace it like it is after a while.”

Innately, he poured the trauma of the streets into the music. Hussle was undoubtedly a student of West Coast rap progenitors, but what L.A. kid from the ’90s isn’t? His flow had that cool, effortless vibe and bounce of Snoop and Dj Quik as well as the visceral storytelling he learned from N.W.A, Ice-T and the Game.

Cut across any of his work — there’s a decade’s worth online beyond “Victory Lap” — and you’ll see a man haunted by the rigors of watching friends drop, not to mention catching too many close calls himself. Those who grew up in enclaves dodging bullets and fists understood what he was about, although he made it clear in the music: “Damn right, I like the life I built / I’m from west side, 60 … I might got killed / Standin’ so tall, they think I might got stilts/ Legendary baller, like Mike, like Wilt,” he riffs on the album that broke him to audiences far outside L.A., and is now his only major-label offering.

Hussle made music for the street hustlers and those of us struggling to make ends meet and he became a local hero for using the fame and fortune he got from rapping and pouring it back into the neighborhood. It’s easy to root for a man who sold copies of his mixtapes out of the parking lot of a strip mall and turned right around and opened a shop in that same mall the second he could afford it.

Hussle was inspirational, repeatedly stressing that success is a means to make things better for those less fortunate and those who will follow him. When the Times’ Sonaiya Kelly interviewed him last year, he was balancing promotion for “Victory Lap” with the opening of Vector 90, a co-working space and STEM center in the Crenshaw district that he envisioned as a conduit between underrepresented groups and corporate partners in Silicon Valley and beyond.

It was impressive to see this kind of forward-thinking investing from a musician. Hussle didn’t just envision a vibrant South L.A., but he saw it as a hub for our nation’s brightest intellectual thinkers.

“In our culture, there’s a narrative that says, ‘Follow the athletes, follow the entertainers,'” he told us. “And that’s cool but there should be something that says, ‘Follow Elon Musk, follow [Mark] Zuckerberg.’ I think that with me being influential as an artist and young and coming from the inner city, it makes sense for me to be one of the people that’s waving that flag.” 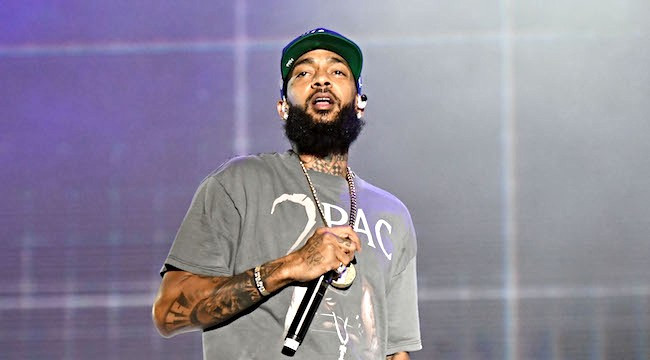 Evidence of Hussle’s goodwill is sprinkled all over Crenshaw. Just ask around. He was known to buy shoes for students. He repaved basketball courts and freshened up playgrounds. He provided jobs and shelter for the homeless, and he paid for funerals for those who struggled to bury their loved ones. Hussle loved South L.A., so much so he made the streets of Crenshaw the backdrop for a glamorous photoshoot he recently did for GQ — Hussle sharp as a hood prince charming to his princess, actress Lauren London (their love reminding us of a young Jay-Z and Beyonce).

And those were just the small deeds. He invested in Destination Crenshaw, a milelong stretch of rotating and permanent art installations; helped renovate World of Wheels, the old Mid-City roller rink that was one of the establishments responsible for birthing West Coast hip-hop. He was early into redeveloping a strip mall into a mixed-use property that would include low-income apartments and be anchored by his own Marathon Clothing shop.

The property was just purchased last month as part of an initiative that would help locals reinvest in their communities across the country. Sunday, it became a crime scene, and then instantly a place of mourning.

Hussle had big dreams for his ’hood, and it’s not just tragic but unfair that he was cut down in the middle of revitalizing a community that raised him.

By all accounts, Hussle was doing the right thing. If we remember anything about him, it should be that sense of aspiration.