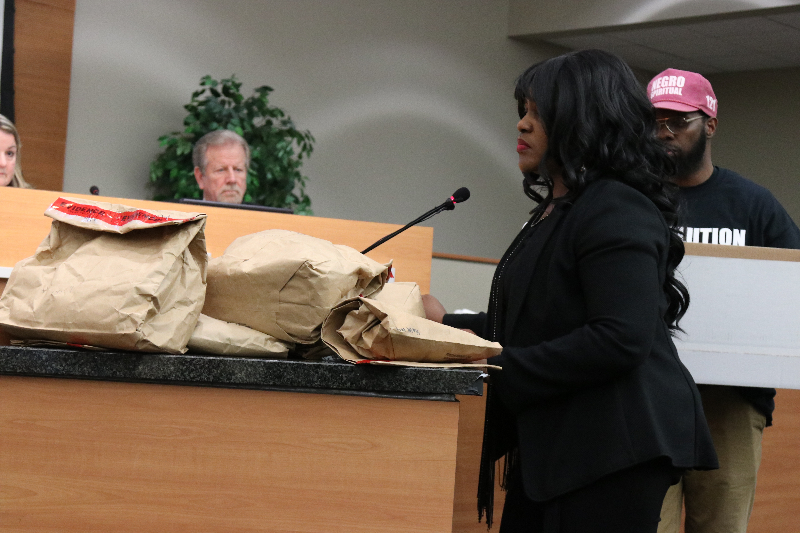 The Tulsa City Council voted 9-0 to allow public hearings regarding the 2018 Equality Indicators Report, however the years of frustration and anger regarding police interactions with the minority residence of Tulsa was clearly expressed to city councilors and Mayor G.T. Bynum on Wednesday evening. In a standing room only council meeting supporters for a change to the justice system told councilors to vote in favor of holding public meetings on the 2018 Equality Indicators report if we are to truly be one Tulsa.

The nine-member City Council did just that, in unanimous fashion, after hearing a series of speakers through moving speeches and testimonials from Tulsa citizens in attendance at this meeting.

“We asked for one simple thing — for all of you to figure out why this happened to my brother,” said Tiffany Crutcher.

Roma Snowball-Presley, the mother of Joshua Harvey, expressed her hurt, not angry, about how police treated her son and the city’s response to it. Harvey died days after he was tased multiple times during an interaction with officers August 24, 2018 at the Arvest Bank at 502 S. Main St.

“There is no way we can continue to live like this, with our officers attacking our people — black, white, Mexican — it doesn’t matter,” Snowball-Presley stated.

The meetings are intended to explore how the numbers showing vast disparities in the way different citizens are treated by law enforcement were determined and what can be done to improve outcomes. The proposal approved Wednesday night calls for four meetings to be held on Wednesday evenings. No dates have been set

Councilors have left open the possibility that a community member will be asked to serve as one of the panelists in the meetings.

Councilor Hall-Harper, who initially proposed a format that would allow the council to invoke its subpoena powers, called the meeting format approved Wednesday a compromise.

“But I hope that we can still make some progress,” Hall-Harper said.