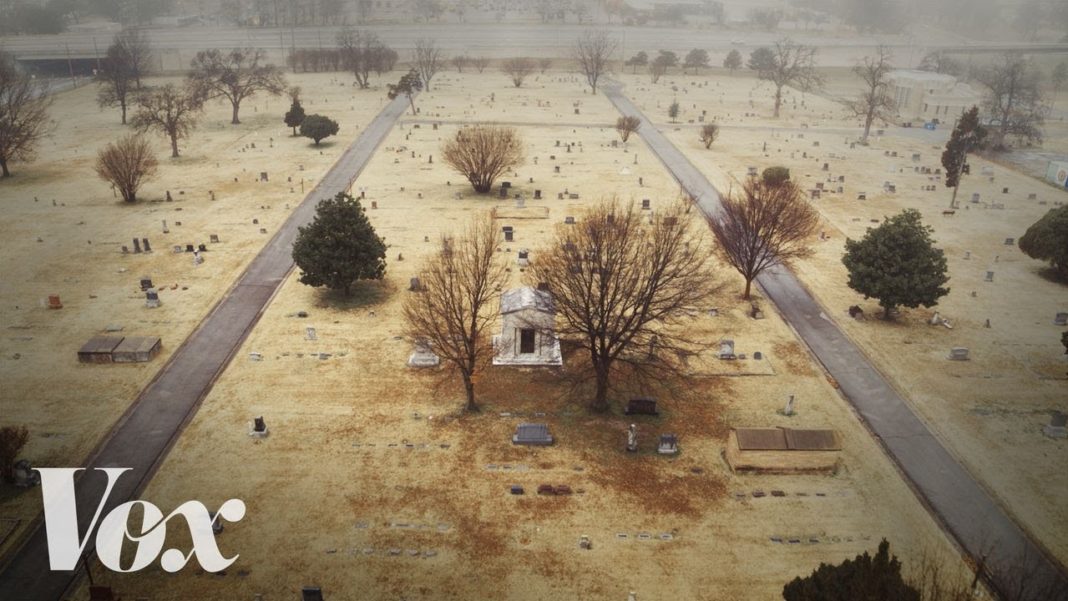 A century after the destruction of “Black Wall Street,” a city searches for victims.

Nearly 100 years ago, Tulsa, Oklahoma’s “Black Wall Street” was an anomaly. The flourishing community of black-owned businesses thrived in a neighborhood known as the Greenwood District. It was a place where the prospect of black wealth was real at a time when white supremacy was the order of the day.

But on May 31, 1921, a horrific attack destroyed the community. In what’s now known as the 1921 Tulsa race massacre, white mobs burned more than 1,200 buildings in Greenwood and murdered an estimated 300 people. It’s considered one of the worst episodes of racial violence in the US, yet it’s been largely left out of history books.

Today, the city still has a lot of questions. For one, where are the bodies of the victims? As the current mayor reopens the search for mass graves, we take a look at what happened back in 1921 — and why finding these graves still matters to the people of Tulsa.

For more reading, you can check out Vox reporter German Lopez’s article about an eyewitness account of the horrific attack and the Washington Post’s DeNeen L. Brown on how the massacre still haunts Tulsa, even as it gentrifies. And to see more digitized photos, audio, and documents from 1921, check out the Tulsa Historical Society’s collection.

You can find this video and all of Vox’s videos on YouTube. If you’re interested in supporting our video journalism, you can become a member of the Vox Video Lab on YouTube.