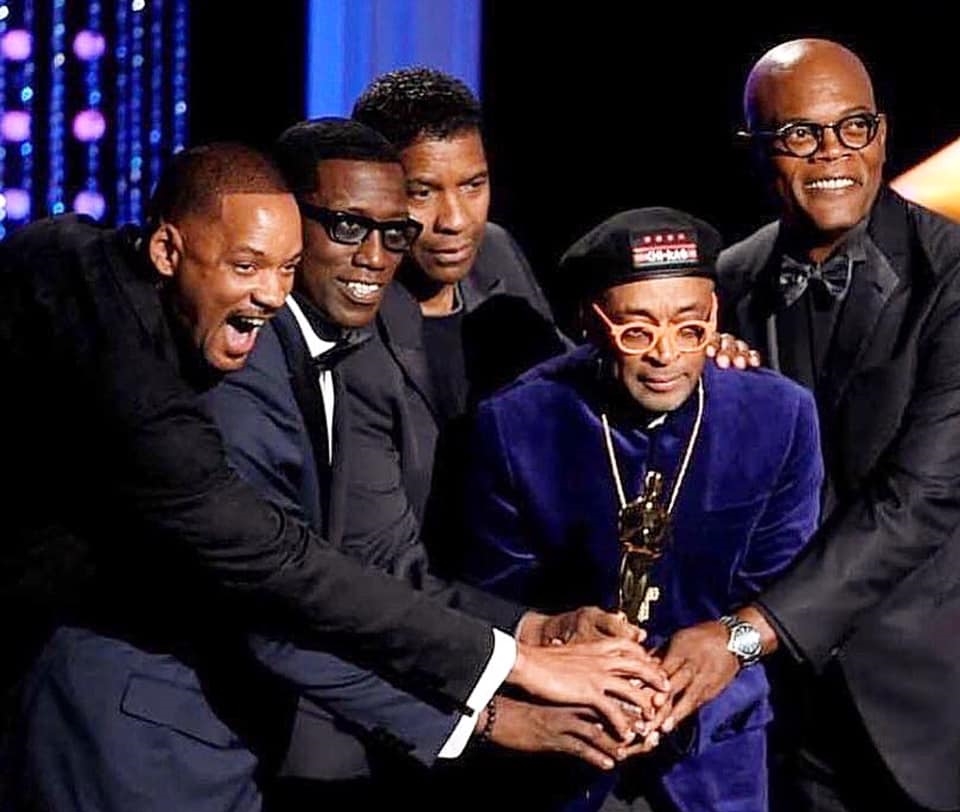 Inside the White House, though, his achievement led to the opposite reaction. On Monday morning, President Donald Trump tweeted that Lee’s speech was “a racist hit on your President.”

Be nice if Spike Lee could read his notes, or better yet not have to use notes at all, when doing his racist hit on your President, who has done more for African Americans (Criminal Justice Reform, Lowest Unemployment numbers in History, Tax Cuts,etc.) than almost any other Pres!

Though Lee hadn’t mentioned Trump at all, he had wrapped up his acceptance speech with a plea for voters to “be on the right side of history” and “make the moral choice between love versus hate” at the 2020 presidential election — a statement that appears to have caused the president’s reaction.

It’s a reaction Lee found unsurprising. When EW asked the writer-director on Monday morning whether he’d seen the tweet, he nodded, then sighed. “Well, it’s okee-doke, you know,” he said with a shrug. “They change the narrative.”

“They did the same thing with the African-American players who were kneeling, trying to make it into an anti-American thing, an anti-patriotic thing, and an anti-military thing,” he explained. “But no one’s going for that.”

Instead of dwelling on it, Lee’s looking forward to working on his next film. As he told fans with an update on Instagram, he’s heading to Thailand to shoot the Chadwick Boseman starrer Da 5 Bloods. “BlacKkKlansman, that’s over,” he says in the post. “Like Jay Z says, onto the next.”