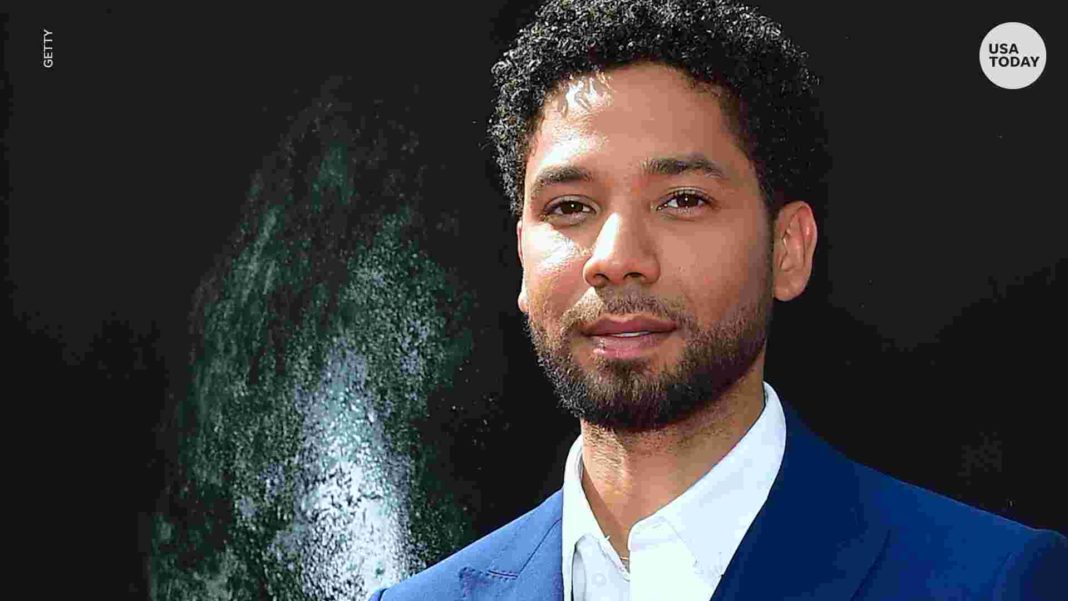 Trevor Noah brought up recent developments into the investigation of January’s attack on actor Jussie Smollett on his nightly program Monday.

As of Sunday, Chicago police were pursuing “additional detective work” amid suspicion that the attack may have been faked. Two brothers told investigators they were paid by the “Empire” actor to stage the attack, according to a person familiar with the situation but not authorized to speak publicly.

“You have to admit, there’s a certain part of the story that was always a little weird,” Noah told his “Daily Show” viewers.

“Like, who are the MAGA supporters who hate gay people, who hate black people, but also happen to watch ‘Empire?’ ” Noah asked. In Smollett’s account of the attack on “Good Morning America,” Thursday he told Robin Roberts his attackers yelled “Empire” to get his attention and used racists and homophobic slurs.

“I’ve heard of hate-watching, but that (expletive) would be next level,” Noah said. “It’s like a member of the Klan buying tickets to ‘Fiddler on the Roof.’ ”

More: Jussie Smollett investigation: Everything we know so far

“OK, either this guy is telling the truth, or he deserves an Emmy for that interview, because if all of that is just a performance, I don’t care what he’s lying about, you can’t cancel him,” the host said. “He’s too good to not be on TV.”

Wrapping the segment up, Noah told the audience: “That’s basically where the story is now, and, look, I don’t know how it’s going to end up, because every day the story just gets stranger and stranger.

“Tomorrow we could find out that those Nigerian brothers are actually princes and they needed the money to unlock their royal inheritance,” he joked. “I don’t know where this is going.”

This article originally appeared on USA TODAY: Trevor Noah talks Jussie Smollett: ‘Either this guy is telling the truth or he deserves an Emmy’

As Jussie Smollett left the room following his “Good Morning America” interview, multiple ABC staffers felt doubtful about his claims, according to The Blast.

Insiders say that before the validity of his account was in question, Smollett went to ABC requesting to do the sit-down, and the network was happy to oblige because “everyone wanted this interview.”

But as the interview wrapped and Smollett’s team departed, there was “immediately” a feeling that “something was amiss.”

He allegedly requested that Robin Roberts conduct the conversation because he, to some extent, knows her personally: She appeared on an April 2018 episode of “Empire.”

He was “adamant” about appearing on the show, The Post reports.

The interview aired Thursday, Feb. 14, just over two weeks after Smollett claimed two men attacked him with rope and bleach in Chicago while shouting racist and homophobic slurs. The men in question, two brothers who have also appeared on “Empire,” have since said that Smollett paid them to fake the attack.

Roberts on Monday defended the network’s decision to air the interview, which was taped on Tuesday, Feb. 12.

“At that time, on Tuesday, police officers were saying that his account was consistent, it was credible, and that he was being cooperative,” Roberts said. “Now this was all before the interview aired on Thursday, and then we found out about the brothers.”

Now awaiting Smollett are not only potential legal consequences — a grand jury begins hearing evidence Tuesday that could lead to felony indictment for allegedly filing a false police report — but serious career ones, as well.

While he is working on set of “Empire” on Friday of this week, TMZ reports that “Empire” writers are quickly re-writing the season’s final episodes. The second-to-last episode is currently being shot, and Smollett was supposed to have nine scenes and a “big musical number,” but five of his scenes and the entire musical number have been slashed.