John Salter Jr., one of the three infamous faces of the iconic Mississippi lunch counter sit-in, has died aged 84 his family have said.

Salter was a sociology teacher and NAACP youth adviser in Mississippi in the early 1960’s, working closely alongside Mississippi NAACP leader Medgar Evers.

On May 29 1963, Salter joined black and white Tougaloo students, Anne Moody and Joan Trumpauer, during a sit-in to protest segregation at a lunch counter in the Woolworth’s store in downtown Jackson.

Trumpauer is now the last surviving member of the brave trio.

An angry mob of young white men doused them in mustard, sugar and ketchup – and Salter was even attacked with brass knuckles and broken glass. 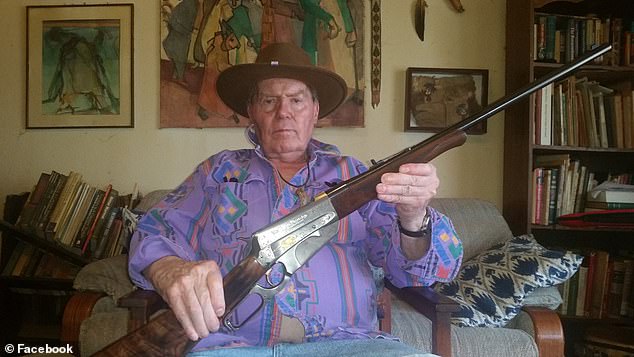 John Salter Jr., 84,  (above) died on Monday after a brief battle with illness, his family have confirmed. 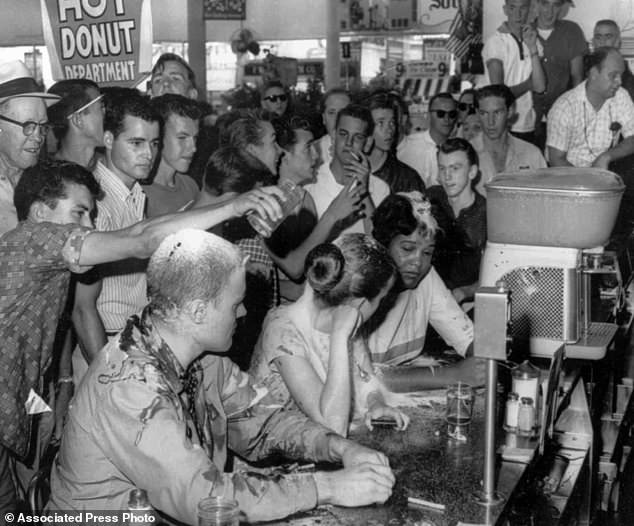 An angry mob pour sugar, ketchup and mustard over the heads of Tougaloo College student demonstrators at a sit-in demonstration at a Woolworth’s lunch counter in Jackson, May 1963. John Salter (left) sits alongside students Joan Trumpauer (middle) and Anne Moody (right) 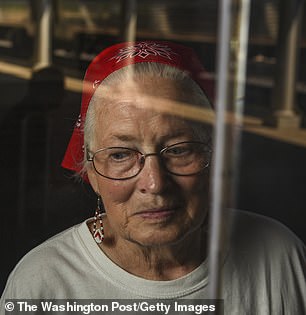 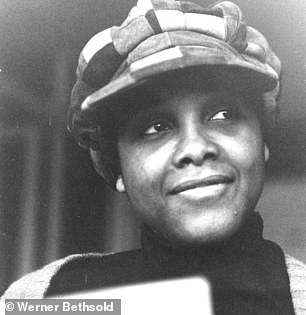 Joan Trumpauer Mulholland (pictured left in 2016) described fellow activist Salter as an inspiration to future generations. She is the last surviving member of the Jackson sit-in. The third member, Anne Moody (right), died in 2015.

A black-and-white photograph of the protest gained international attention, and it’s continued to be synonymous with the civil rights movement ever-since.

‘I was burned with cigarettes, hit and had pepper thrown in my eyes,’ Salter wrote in an article published in The Guardian, in 2015.

‘The women weren’t struck, but had their hair pulled. All the while the air was filled with obscenities, the n-word – it was a lavish display of unbridled hatred.’

He died at home in Pocatello, Idaho on Monday aged 84, after battling a short illness.

The two young women who accompanied Salter in the protest were Anne Moody, an African-American student who would go on to write the memoir ‘Coming of Age in Mississippi’; and white Tougaloo student Joan Trumpauer Mulholland.

Moody died in 2015, but Mulholland is alive still and living in Alexandria, Virginia.

‘I think he inspired a lot of students to realize what we could do to make the word better,’ Mulholland said. 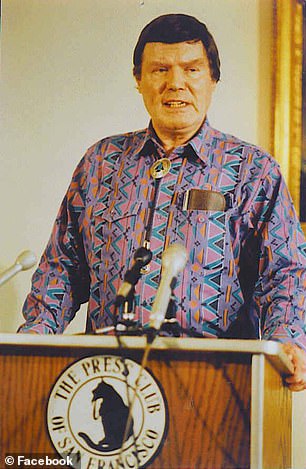 According to his son, Salter most enjoyed the work he did outside of the classroom. He claims his father lived by the phrase ‘an injury to one is an injury to all’.

Like many civil rights activists, Salter was monitored by people working for the Mississippi Sovereignty Commission in the 1960’s – a state-funded spy agency that sought to preserve segregation.

Salter grew up in Arizona and worked as a labor union organizer in the U.S. Southwest before moving to Mississippi, said one of his sons, John Salter of Lincoln, Nebraska.

After working in Mississippi, the elder Salter worked on voting rights in North Carolina, taught in Iowa, did human rights work for Native Americans in New York and Chicago and taught American Indian studies in North Dakota.

‘He never considered himself a career professor,’ his son said Thursday. ‘His real love was the stuff he did outside the classroom.’

John Salter said his father lived by a favorite phrase from the Industrial Workers of the World labor union: ‘An injury to one is an injury to all.’ 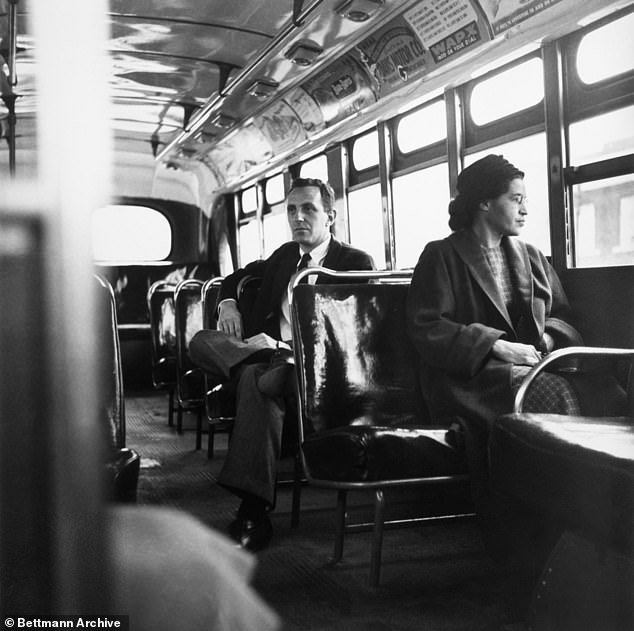 Alongside the Rosa Park (pictured) inspired Montgomery bus boycott, the image of Salter at the sit-in cemented the protest as one of the most iconic moments in the civil rights movement. 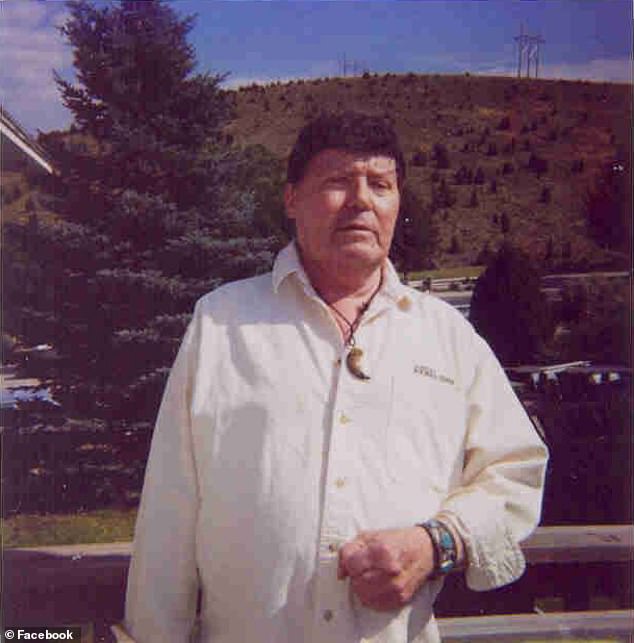 Salter was a sociology teacher and NAACP youth adviser in Mississippi in the early 1960’s. He was a lifelong professor and remained an activist, his family say.

Michael O’Brien interviewed John Salter Jr. for his book ‘We Shall Not Be Moved: The Jackson Woolworth’s Sit-In and the Movement It Inspired.’

‘John was a true “radical” in the very best sense of that word,’ O’Brien said in a statement Thursday.

‘He was a fierce advocate for those without a voice, or perhaps better stated, for those who had not yet discovered their voice. … John’s charismatic blend of political activism and can-do philosophy empowered thousands to begin advocating for their rights and their freedoms.