McNair refused to allow the Jim Crow South to limit his ambitions.

The nation paused on Monday to remember the ill-fated space shuttle Challenger mission in 1986, including pioneering African-American astronaut Ronald McNair, who overcame racism of the Jim Crow South to excel in science.

Seven astronauts died 33 years ago when Challenger exploded shortly after liftoff from Cape Canaveral in Florida.

Unusually cold weather on that morning was blamed for the disaster. The cold temperatures caused the failure of two rubber O-rings that sealed the joints between the sections of the rocket booster. 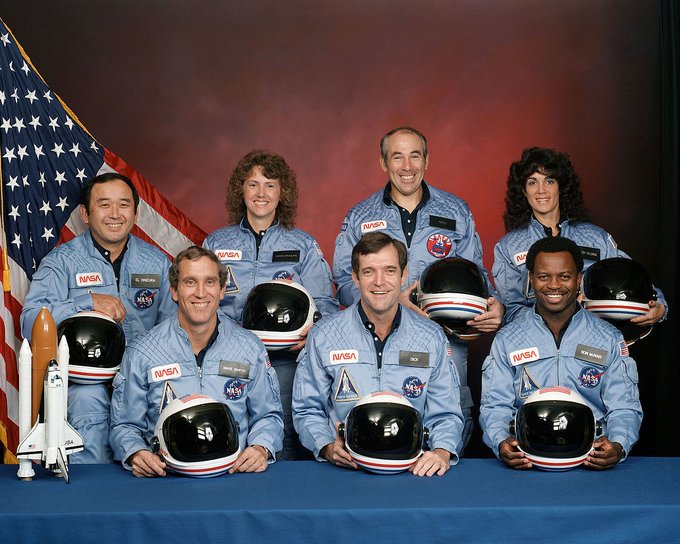 The crew member who received a lot of attention was Christa McAuliffe, a 37-year-old New Hampshire teacher. She got a seat on the shuttle through NASA’s Teacher in Space program.

Often overlooked is McNair, an HBCU graduate, who was the second African-American to travel in space. It wasn’t easy to earn that achievement considering that he grew up in an era when the all the odds against Black achievement were even higher than they are today.

The South Carolina native was born Oct. 21, 1950, in Lake City, about 80 miles east of Columbia, to an auto mechanic father and a mother who was a school teacher, according to the Greensboro News & Record.

He started reading at age three and entered the second grade two years later. As a child, he refused to allow Jim Crow restrictions to limit his thirst for knowledge. His older brother, Carl McNair, recalled an incident in which 9-year-old Ronald defied the ban on African-Americans borrowing books from the local public library.

Carl McNair told NPR News in 2011 that his younger brother went to the library because he wanted to study science but couldn’t find advanced books from sources available to African-Americans.

“When he was 9 years old, Ron, without my parents or myself knowing his whereabouts, decided to take a mile walk from our home down to the library,” Carl said. “So, as he was walking in there, all these folks were staring at him — because they were white folk only — and they were looking at him and saying, you know, ‘Who is this Negro?’

When he refused to leave, the librarian called the police and their mother, the elder brother said. Ultimately, he was allowed to borrow the books.

He attended North Carolina A&T University because white colleges in South Carolina at that time wouldn’t accept Black students who wanted to study physics or engineering, the newspaper said. After graduating from the historically Black college, he went on to the elite Massachusetts Institute of Technology and graduated in 1976.

In 1978, NASA selected McNair as one of its 35 new astronauts from 8,000 applicants. There were two other African-Americans in that group: Frederick Gregory and Guion Bluford, the latter of whom in 1983 became the first African-American to travel in space.