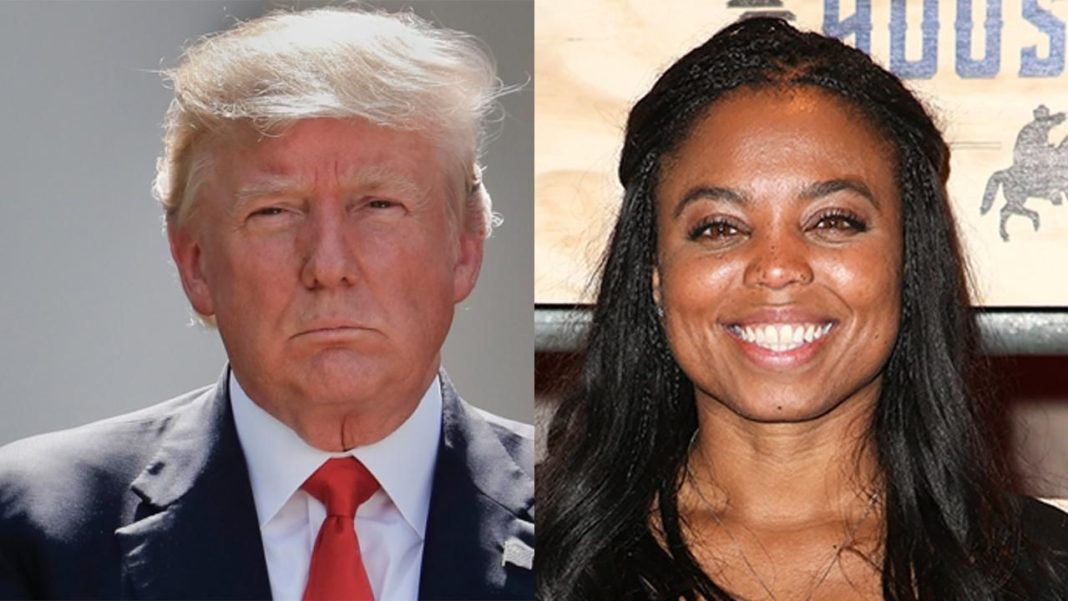 Sports journalist Jemele Hill did not realize that her 2017 remarks calling President Donald Trump a white supremacist would spur such a contentious debate.

“I thought I was saying water is wet. I didn’t even think it was controversial,” Hill told Dan Le Batard on his “South Beach Sessions” podcast on Wednesday.

“I was in the middle of a Twitter conversation. I was replying to somebody,” she continued. “If I was really trying to make a bold statement, I would have added the damn president. I didn’t. I was just talking casually with somebody.”

Hill’s comments quickly went viral and prompted responses from Trump and White House press secretary Sarah Huckabee Sanders. Sanders called the journalist’s remarks a “fireable offense,” while Trump claimed that comments like Hill’s were hurting ESPN’S ratings. Although ESPN did not publicly punish Hill at the time, the company made it clear that her point of view did not represent that of the network.

“It wasn’t even original,” Hill said Wednesday of her original remarks. “That’s what is so crazy. I got famous for saying something that wasn’t original. It wasn’t new. It was not breaking news. I thought we all decided this after Charlottesville.”

Although she did not expect the backlash she received, Hill said she was ready to face the potential consequences.

“I knew almost immediately that if I did face some kind of permanent discipline, if I did lose my job, if I was immediately suspended, I was OK with it,” she said.

Weeks after the Trump comments, Hill was suspended for two weeks for a “second violation of our social media guidelines,” according to ESPN. She had criticized Dallas Cowboys owner Jerry Jones over Twitter after he threatened to bench players who kneeled during the national anthem to protest police brutality. In September 2018, Hill announced she was leaving ESPN after 12 years at the network.