Oklahoma State players and coaches reconvened in Memphis, Tennessee, on Christmas Day, the start of six days of preparation before the Cowboys play Missouri in the Liberty Bowl.

It means attention has been turned toward the Tigers, and away from development, for a week. The first half of December was devoted toward the 2019 season — or as Mike Gundy put it, it served as a second spring football.

In talking to OSU’s veteran players over the past couple weeks, a handful of freshmen took advantage of the developmental time and additional reps. Three who were praised by their elder position-mates:

Oklahoma State has a hole at right guard for the bowl game. Ry Schneider, the walk-on from Minco who started a game at center for Johnny Wilson, could shift over and play guard.

But for the future, true freshman Hunter Woodard has emerged as a strong prospect.

Wilson said Woodard joined the first-string line at guard for some of the early practices as OSU mixed and matched and gave older players rest.

The Tuscola, Illinois, native who is listed at 6-foot-5, 295 pounds, impressed.

“I like watching him play,” Wilson said. “He brings it every time. He gets everyone fired up in inside drill, just going in there, attacking people. He’s a good kid. A good guy, I like him.”

The other, Union alumnus C.J. Moore, was always destined to redshirted in 2018 after he arrived on campus just before the start of fall camp.

But the 6-foot-5 receiver’s potential is beginning to show.

“C.J. Moore’s going to be a kid that’s going to be a good receiver here,” junior Tyron Johnson said. “Young guy, didn’t get to really play that much but he’s learning a lot and getting physically right and mentally right. He’ll be ready once his time comes.”

Oklahoma State is poised to return all of its starters at receiver — Tylan Wallace, Johnson and Dillon Stoner. But OSU never developed depth behind Wallace and Johnson outside, as LC Greenwood failed to see the field and Patrick McKaufman sustained a season-ending injury.

That could open a door next fall for Moore to play.

Lacy’s stock was rising rapidly when he signed with OSU out of Sachse High School in Texas a year ago. That didn’t lead to any playing time this season, but part of the reason was timing. Oklahoma State was stocked with veterans (Jordan Brailford, Jarrell Owens, Cole Walterscheid) at defensive end.

The Cowboys lose their top six linemen from this year’s team, so there will be a ton of snaps to go around in 2019.

Lacy is beginning to look like a player who can help.

“He’s been getting a lot more reps than he has been,” Walterscheid said. “He redshirted this year but I think he’s been improving quite a bit and I think it will really help him getting a jump start going into the spring, these bowl practices.” 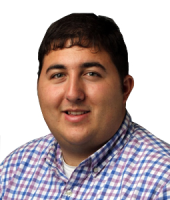