By Fred Jones and Sherry Laskey 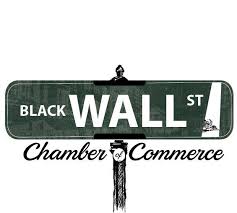 It is often forgotten that historic Greenwood was built fifty to fifty-five years post slavery.  So during this time people pooled their resources, educated themselves, and built communities throughout the country.  That was an amazing accomplishment.  In 1906 O.W. Gurley moved to Tulsa (before Oklahoma was a state) and purchased 40 acres of land and built what is now known all over the world as “Negro Wall Street”.  Booker T. Washington coined this name during a visit to Tulsa.  Then on that dreadful day May 31, 1921, Black Wall Street was burnt to the ground. People were murdered in the streets, bombs were dropped, and bodies were buried in unknown places.  Less than five years later, Black Wall Street was rebuilt and thrived until urban removal and integration.

Black Wall Street started to decline during the late sixties as “black dollars” slowly and systematically left the community. There was a slow and steady down turn for the next thirty years. Once the land was procured through eminent domain, intentional blight, and allowed to set dormant for another ten years; the reassignment began.  Upon closer look the type of development has been limited to social services.

The forty acres developed by O.W. Gurley is barely recognizable today. The land was parceled off by officials to Oklahoma Board of Regents, University Center at Tulsa, and Tulsa Developmental Authority. Greenwood has also been usurped by a very strong philanthropic entity as they helplessly stood in shame. Black Wall Street and Historic Greenwood landscape and ownership may have changed but the desire to own and control that sacred space by the original descendant /community has not.

It is a hypercritical time and space as it relates to Black Wall Street, Historic Greenwood, and Tulsa north in general.  The world will be looking at the resilient city and the commemoration of the massacre of 1921. The quality indicators show nothing but inequality and inequity.  But will we continue to let others tell “our” story?

There is roughly a 32-million-dollar leakage from the Tulsa north community annually.  Leakage is the amount of money leaving the community going to South Tulsa, Sand Springs, Owasso, Broken Arrow, and other areas outside of the community.  Right now, there is no choice but to go to these other places. But once the community starts to pool their resources, they can rebuild the community the way they see fit.

When a community is able to acquire resources and manage those resources for that community’s benefit, then what they have created is their own economy. It is the only way to build wealth, jobs and business opportunities. That’s power.

The Power Group is designed to give the community THE POWER to invest in itself.  Now is the time to commit and do your part.  The community can stop talking about what they should do and invest in the future NOW. Commit to investing at least $10 a month for one year or just commitment to an amount that you are comfortable giving.

We have the POWER to CHANGE our COMMUNITY