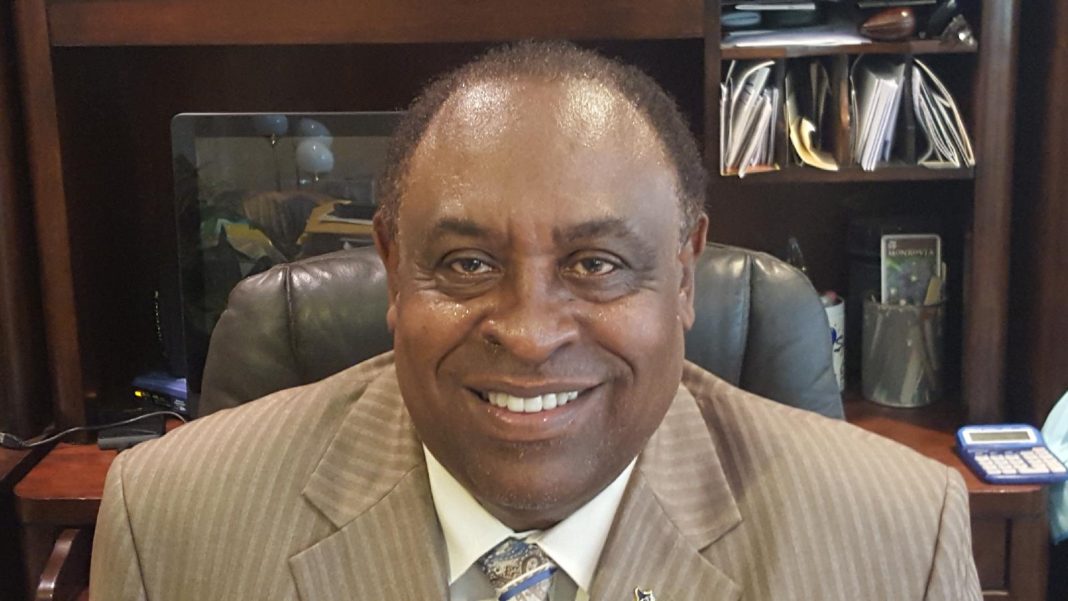 Tulsan John Lockett was recently selected as a member of the elite 2019 class of the Central Intercollegiate Athletic Association (CIAA) John B. McLendon, Jr., Hall of Fame.  Lockett was previously inducted into the 2004 Saint Augustine’s University Hall of Fame.

After transferring from Morristown Junior College in Tennessee, Lockett enjoyed two outstanding seasons at Saint Augustine’s University of the C.I.A.A. Conference.  Lockett proved to be an outstanding performer for the Falcons, averaging 27.8 points and 14.9 rebounds per game.  A 6’4” 198-lb two-year All-C.I.A.A. guard, Lockett was one of the most prolific scorers and rebounders in the conference from 1966-1968.

Lockett competed against such greats as Earl “the Pearl” Monroe, Bobby Dandridge, Walt Frazier, Robert Parrish, and Artis Gilmore.  Lockett pursued a career in the ABA and CBA that ended with knee injuries too serious to continue.  Lockett also spent one year in Vietnam as an Army Ranger.

The formal induction ceremony of the 2019 John B. McLendon Hall of Fame class will take place on Friday, March 1, 2019 in Charlotte N.C. in the Charlotte Convention Center Crown Ballroom.

Lockett received his Bachelor of Science (BS) degree in Mathematics and retired from Occidental Petroleum in Petroleum Engineering.   He also worked at the Metropolitan Tulsa Urban League and Hutcherson YMCA after retiring.  Presently, Lockett is the Executive Director of his sons and grandson’s foundation “The Lock-ett Up Foundation” and “The Light It Up Foundation” respectively.  Both foundations focus on youth development, education, and community service.