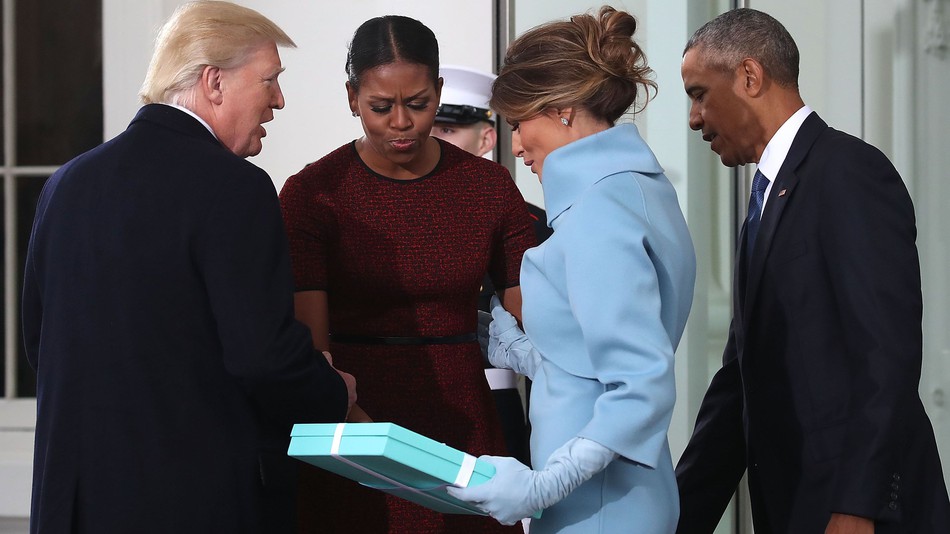 On NBC’s Tonight Show starring Jimmy Fallon, Michelle Obama finally told us how she really felt about the Trumps in the last moments when she and Barack Obama left the White House for the last time.

Fallon instigated a bit and showed our forever first lady a picture of her and Barack boarding Air Force One, about to be whisked away after they handed over the White House to Donald Trump after his inauguration in January 2017. Fallon said: “This is you, this is after the Trump inauguration just waving from Air Force One. Can you just walk me through what…”

“Bye Felicia,” Obama shot back, clearly meaning she was so done with the Trumps in that moment, as the crowd laughed along and applauded.

Obama also opened up about her hit memoir Becoming and let us all know that Barack wasn’t always the smooth operator we’ve come to know him to be.

“He wasn’t good with time until we got married,” she said. “He was late. The first time. First day of work, his first job, dude was late. I was like, triflin’, brother.”

But time heals all things. When discussing her husband motivations for running for a second term, she joked that it had more to do with having the luxury of Secret Service by their daughters sides.

“The second term of the presidency was really fueled by Barack’s desire to keep them with their agents into their teen years,” she joked. “He was like, we’ve got to win, because I don’t want those girls walking around.
He wanted men with guns with them.” Sales of Michelle Obama’s memoir, published just four weeks ago, have now topped 3 million, according to Crown Publishing. Now the book is among the best-selling political memoirs of all time, and one of the fastest-selling nonfiction books in history.

And her book tour will continue in 2019. Live Nation and Crown Publishing announced that Obama will have 21 events next year, six of them in Europe.