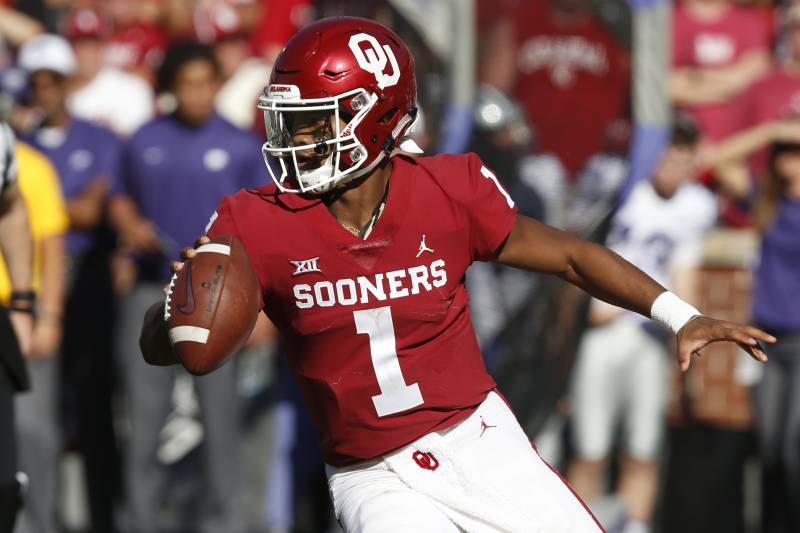 Back in the spring, former Oklahoma quarterback and No. 1 overall pick Baker Mayfield told Matt Hayes of Bleacher Report that Kyler Murray was “going to break all my records.”

At the time, it felt like extravagant praise. Among several marks, Mayfield held Football Bowl Subdivision records in yards per play and passer efficiency rating. He owned the Oklahoma standard for most yards of total offense in a season.

Mayfield wrapped up his OU career as the 2017 Heisman Trophy winner, a program legend and one of the most productive players in college football history. Yet here he was, busy engineering the hype train for someone whose future likely was in baseball.

The Oakland Athletics used the No. 9 overall pick of the 2018 MLB draft on the All-Big 12 honorable mention outfielder who doubled as a touted, unproven quarterback. After an unsuccessful 2015 with Texas A&M, Murray headed to Oklahoma. He sat out 2016 due to transfer rules and served as the backup in 2017.

Yes, Mayfield had an up-close view of Murray for two years and knew his ability better than any of us.

But Baker, you understand how good you were, right?

Seven months, 13 games and a Heisman-caliber season later, Mayfield is the only one laughing now.

While guiding Oklahoma to its fourth straight Big 12 title, Murray amassed 4,945 yards of total offense to edge past Mayfield’s 4,938. Murray’s 51 total touchdowns are more than Mayfield’s personal high of 48 and trails only Sam Bradford’s 55 in 2008.

Murray has registered 11.9 yards per attempt this season. Like Mayfield, he will fall narrowly short of the minimum number of attempts required for the FBS mark, but he’s poised to edge Mayfield’s clip of 11.5.

His 16.8-yards-per-completion average is higher than Mayfield’s best of 16.2. Murray is averaging 10.7 yards per play and owns a passer efficiency rating of 205.7, above his predecessor’s FBS records of 9.9 and 198.9, respectively.

For good measure, his 70.88 completion percentage is barely trailing Mayfield’s best of 70.95. 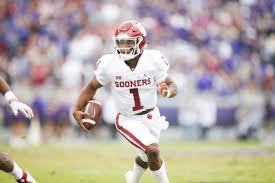 Kyler Murray about Baker Mayfield’s influence on him:

“No competitor wants to sit for the time that I did but I don’t think I would be here right now or playing the way that I am if I didn’t get to see how it’s done and watch him doing his thing.”#Sooners

Heading into the College Football Playoff, the Sooners are averaging 8.75 yards per play. The 2006 Hawaii offense holds the FBS record with 8.58 yards per play; Mayfield set the OU mark at 8.29.

No Mayfield-led attack scored as many points as the 2018 Sooners have, and Murray still has another game remaining. Only the 2008 national runner-up team tallied more than the current offense.

Murray also could earn a 12th season win, which is something Mayfield never accomplished (because of his brief suspension post-Kansas in 2017). There’s little shame in three straight years of 11 wins as a starter, but the Sooners plateaued short of a national title.

As unlikely as a victory over Alabama may be—the Tide are currently 14-point favorites, per OddsShark—Murray has a chance. One that isn’t any smaller than the preseason chances of him breaking Mayfield’s records, right?

Murray’s emergence is a massive credit to Oklahoma head coach Lincoln Riley, a legitimate superstar in his profession. Remember, Murray transferred from Texas A&M after failing to secure the starting job. He was young and plugged into a system.

Riley has tweaked this offense to fit Murray’s strengths rather than relying on what worked for Mayfield solely because it worked.

Any scheme, throw and read is perfect on paper. Murray translated that to the gridiron with a level of execution beyond what most of the college football world thought possible.

“He’s the best athlete on the field and the smartest player on the field at the same time.” – Oklahoma coach Lincoln Riley on Kyler Murray (@dpshow)

Mayfield, though? He saw it coming. He knew Murray’s potential. And as a past Heisman Trophy winner, Mayfield can help put Murray on the podium in New York.

Haskins merited an invite, but he won’t win. And while Tagovailoa was long considered the front-runner, his subpar outing in the SEC Championship Game combined with Murray’s strong Big 12 title showing created a real race between two deserving candidates.

“I think you know,” said the quarterback with the second-best year in OU history, “exactly who I’m voting for.”

And this time, no one is doubting Mayfield.