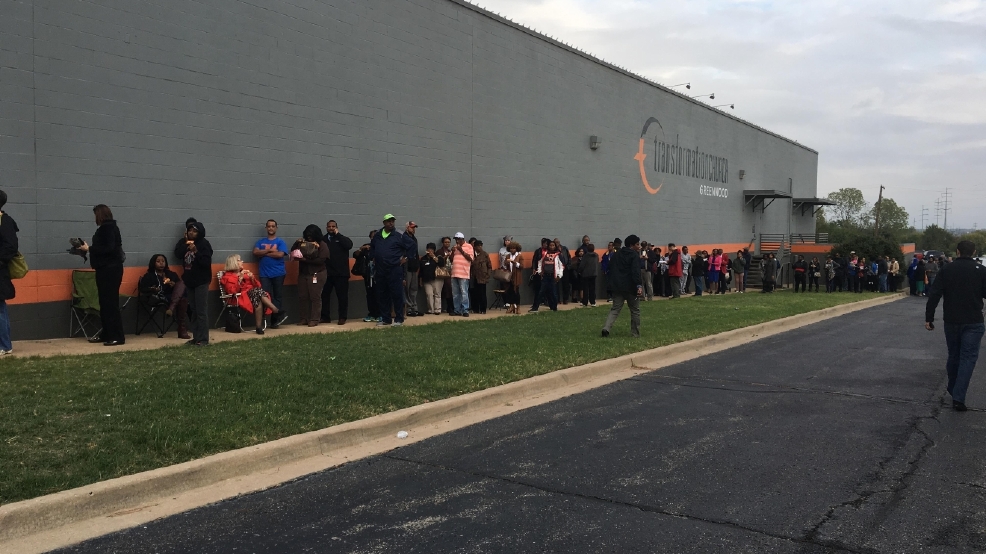 As polls opened up on Tuesday morning, voting advocates were likely both excited and fearful for what the 2018 Midterm elections could bring. But from Customs and Border Protection agents being scheduled to conduct a crowd control exercise in Texas to reports of some polling places not having nearly enough voting machines, one near certainty was that some form of voter suppression would rear its ugly head as voting got underway for the long-awaited political contests.

Georgia, Florida and North Carolina seemed to be Ground Zero for voter suppression efforts, but every state was being exposed to these tactics that can many times dissuade a legal, registered voter from even attempting to cast a ballot. Pennsylvania also seemed to have an alarmingly high number of issues reported Tuesday morning.

One key to countering the voter suppression efforts that have been mostly attributed to agents of the Republican Party is voter turnout, like this example from the president himself.

Law Enforcement has been strongly notified to watch closely for any ILLEGAL VOTING which may take place in Tuesday’s Election (or Early Voting). Anyone caught will be subject to the Maximum Criminal Penalties allowed by law. Thank you!

Most of the early reports from polling places across the country were centered on the long lines there. According to reports on social media, that was precisely the case in Indiana, South Carolina and Virginia.

Longest lines I’ve ever seen at Meridian Methodist on north Meridian Street. I was number 11 in line at 5:45 AM. By the time I was done voting there were probably over 100 people in line.

Half an hour after polls opening, long lines of people to cast their ballots in #MidtermElections2018 #Arlington #Virginia

Yet and still, the resounding overall message on Tuesday was that no matter what, folks must make an effort to go vote. The election was carrying heavy implications for the House and Senate, both of which Democrats were hoping they could flip in a referendum on Donald Trump’s presidency.

Luckily, there has been no shortage of voting rights advocates this election season, with a number of resources being made available for voters encountering problems with trying to cast ballots. To seek help, one need not look any further than the social media feeds of Kristen Clarke, the President and Executive Director of the National Lawyers’ Committee for Civil Rights Under Law. She and her organization have gone through painstaking measures to make sure that voters know what their rights are. 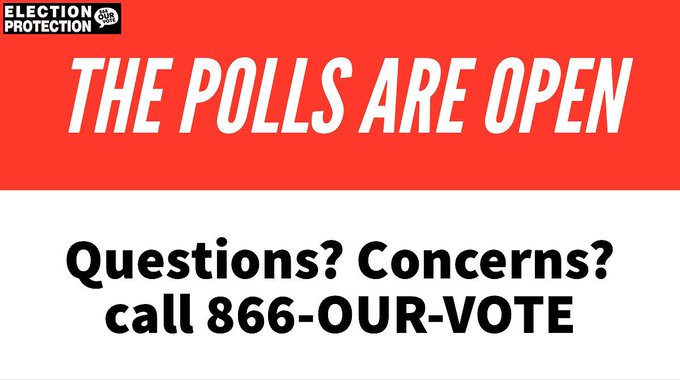 It’s 6am EST and Election Protection is up and running nationwide.

We are helping voters from coast to coast on our non-partisan 866-OUR-VOTE hotline ALL DAY. Call with ANY Qs or complaints. #Midterms2018 #ProtectOurVote

The Lawyers’ Committee along with other civil rights group such as the NAACP have been leading the charge against voter suppression and gerrymandering, but they can only do so much against the powers that be that have seemed hellbent on stopping the Black vote in particular. The rest is up to voters.

NewsOne will be keeping a running list of reports of voter suppression and intimidation, and this list will be updated throughout the day as anticipated reports come in.

#voting should not be this difficult! This is how the government is trying to stop #POC from voting. Broken machines & disorganized line! #ElectionDay2018 #MidtermElections2018 #GoVote #brooklyn @NYCMayor #WTF

Just confirmed w/ Harris County Clerk’s Office that there’s a voting technician on site at the Lowery Elementary polling location. They didn’t know the exact problem, but wanted to let people in that area know that they are working to fix the issue. #ElectionDay 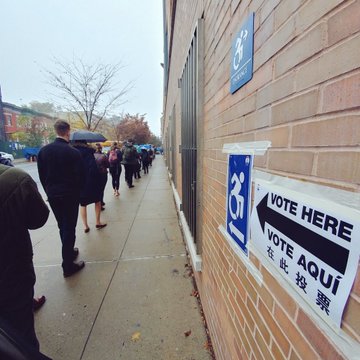 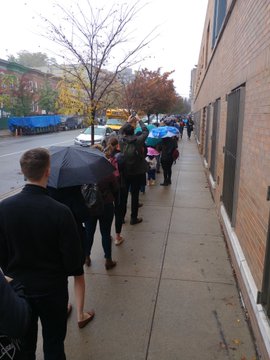 Voters reporting that 3 of 4 scanners are not working at PS 22 in Crown Heights. Hearing grumbles about voter suppression. #ElectionDay #GoVote 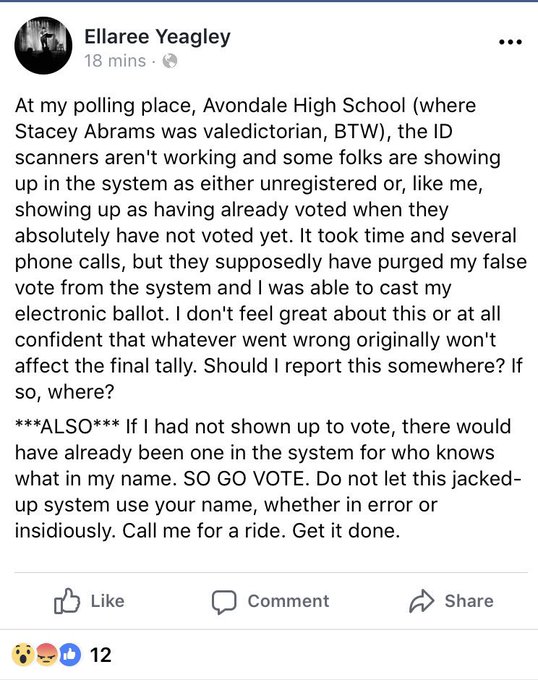 Some foolishnsss already happening in Georgia.

If anything like this happens to you immediately call 1-866-OUR-VOTE. 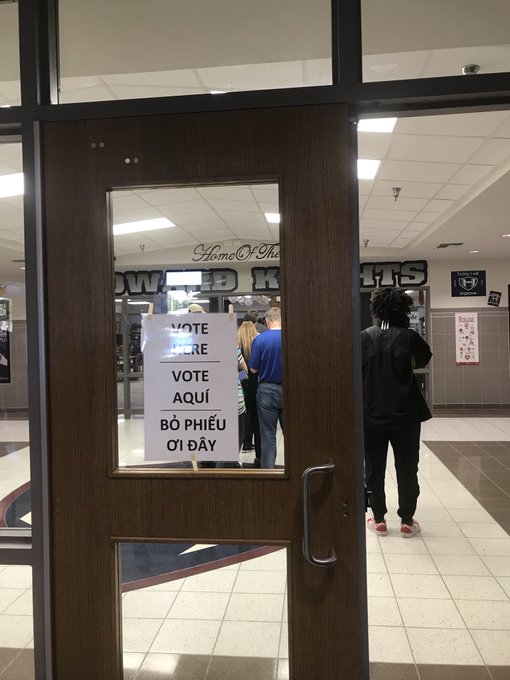 This is the line at my polling station AFTER everyone left because
1. The (one) electronic voting machine isn’t working and
2. There are not enough paper ballots.
It is #ElectionDay and entire precincts including mine cannot vote. #Election2018

It’s almost 7a. The polling center I am at opened at 6a. Machines are down. Not a single vote has been counted. People are already walking away. #MidtermElections2018 #VoteToday #VoterSuppression #BlueWave2018 #vote #Midterms2018 #MidtermElections

@JudiGatson Long line at Catawba Trail Elem in NE Cola with 6 machines and 2 not working. Many ppl waited over an hour and had to leave bc they had to go to work. It was moving VERY slow. #MidtermElections2018

Lines at the polls are INSANE this morning – snaking around the gymnasium for privacy booths and for ballot scanners. Two ballot scanning machines broken since 6am. Technician MIA. This is absurd.

The line at my polling place is crazy long so they are offering that we drop our ballots into a machine instead of the scan. Is that bad? I’ve only voted in person a handful of times #MidtermElections2018 @NewYorkStateAG

I am so infuriated that one of Detroit’s main east side polling locations had NO VOTING MACHINES when the polls opened today. This is clear discrimination & voter interference. Don’t mess with my city. #GoVote #MidtermElections2018 @EdKrassen #vote #voterinterference 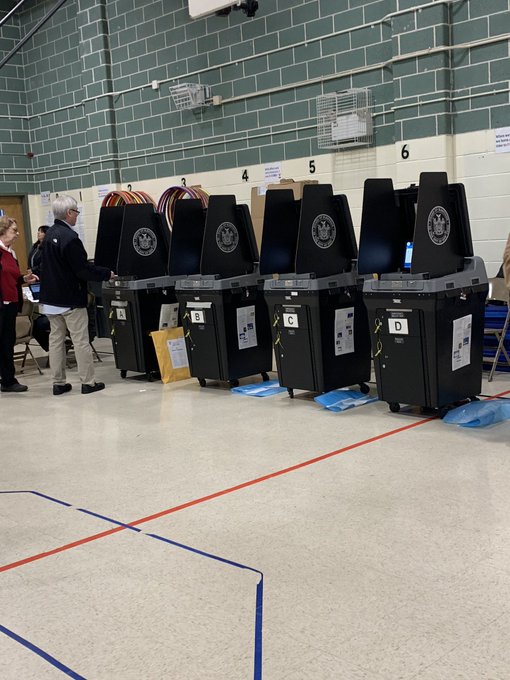 Only 90 minutes after polls opened and 3 scanners are already broken at my polling location. Bring back the lever machines! #tryingtovote #MidtermElections2018

MD State Board of Elections reporting number: “There are….64… callers ahead of you”. I’m guessing non ADA compliant polling places are a significant problem this morning #ElectionDay 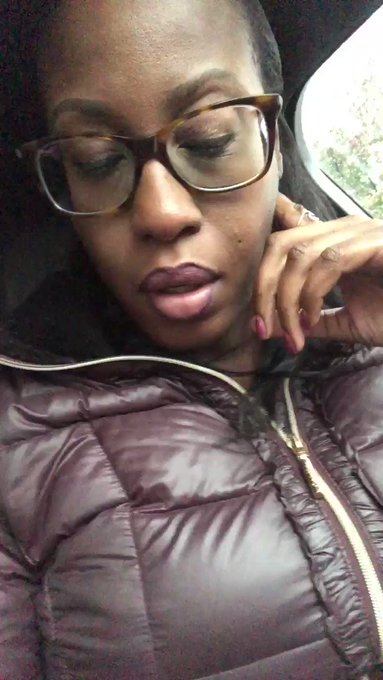 A problem voting on #electionday in #nyc. When I asked what the deal was, I was told “Sh*t happens.” @BOENYC @NYCMayor @shaunking I need answers.

#Happening at my #polling place at 12th / Carpenter = disgraceful. The poll workers are still trying to set up voting machines, on tech support “pushing buttons”, people are dropping out of line, no one has voted here. @PhiladelphiaGov #vote #MidtermElections2018

In Wendell, NC not all ballots are being counted by the machine. It’s humid and damp in the room and the machine can’t read them all. They’re going in an “emergency bin” with assurances they’ll be counted. @WRAL @HeadCountOrg #MidtermElections2018

My polling place has a v long line and they just came out to say 1 of their 2 machines is broken. #MidtermElections2018

Smh. They having problems in my area at the voting booths…. “How convenient is that”<—- Cardi B voice…. #VoteTuesday #Baltimore #ElectionDay

PHOENIX (KSAZ) — FOX 10 has learned that a number of polling places in Maricopa County are not ready for Election Day business, as of 5:45 p.m. Monday.

Let’s figure out how get this community safely to the polls tomorrow. They deserve to be heard.#WaveCast #WaveCastTX 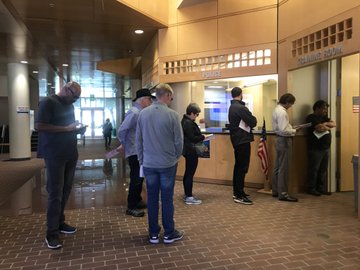 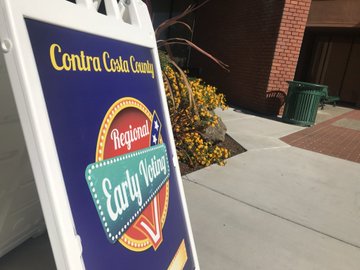 Election Day Eve got off to a bumpy start this morning in #WalnutCreek. A power outage for 20 minutes forced some voters to have to go to Antioch because voting machines were down at City Hall. Good news: power is back up! #EarlyVoting #GetOutAndVote #MidtermElections2018 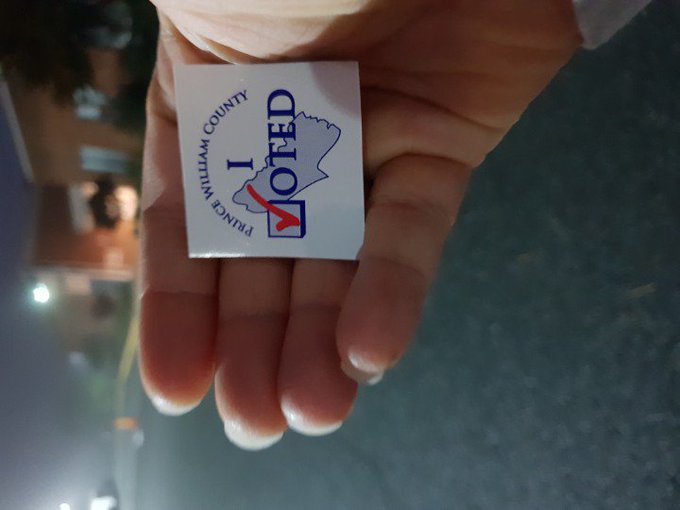 #IVoted #MidtermElections2018 but they only have 1 machine working to scan the votes?? #PrinceWilliamCounty #Woodbridge