It inspired him while the Booker T. Washington High School (Tulsa, Okla.) athlete trained to become 247 Sports‘ No. 1 recruit in Oklahoma.

“Just seeing all the athletes before me do well and just go beyond this game to do well kind of motivates me to just keep working hard,” he said.

On Tuesday, Hill received his All-American Bowl jersey. The game is scheduled for Jan. 5 at the Alamodome in San Antonio, Texas, and will be televised live on NBC at 1 p.m. EST.

While there, he will get a chance to connect with fellow commits to the University of Michigan.

“I know this has been going on for a long time, so I just can’t wait to get up there,” Hill said. 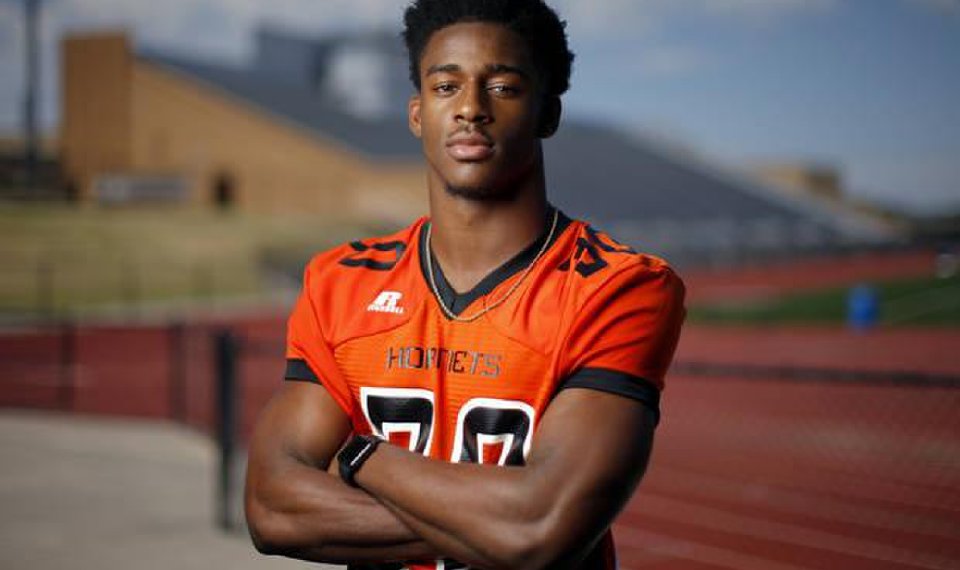 He comes to Michigan as a versatile athlete who already exceeds the bar of several combine marks for defensive backs. AccordingNFL Savant, the average free safety 40-yard dash is 4.54 seconds and the average vertical jump is 36.3 inches.

Hill’s profile on Hudl lists his 40-yard time as 4.46 seconds and his vertical at 37.5 inches. These attributes have helped him accumulate 52 tackles through seven games this season, primarily as a free safety.

He describes himself as a “really aggressive” defender.

“I can play anything, I can do whatever they want me to. I can play corner sometimes, safety,” Hill said. “I work on my speed on the offseason, so that’s one of the attributes I say that helps me out a lot.”