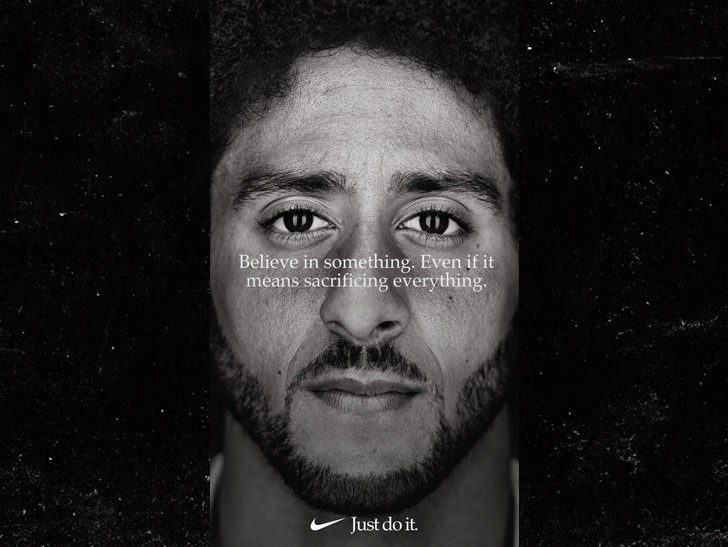 Last spring, when NFL team owners were privately battling the collusion case brought against the league by former quarterback Colin Kaepernick, a curious debate began in some corners of the multibillion-dollar sports apparel industry.

It orbited around two questions: Was Kaepernick a sleeping giant as a marketing centerpiece; and if he was, why wasn’t Nike doing anything with him?

In the wake of Kaepernick’s new endorsement deal with Nike, which stands to pay him millions per year plus royalties, at least part of that debate has been resolved. The shoe and clothing giant definitely has big plans for Kaepernick, which one insider told Yahoo Sports includes a line built around him encompassing shoes, shirts, jerseys and other apparel.

Other suitors for Colin Kaepernick

Whether that gamble pays off remains to be seen. But Nike apparently wasn’t the only shoe company that eyed a larger platform for Kaepernick. Industry insiders told Yahoo Sports that Adidas and Puma were among multiple brands that had conversations about potentially building around Kaepernick if Nike failed to renew his deal following a long stretch of endorsement inactivity.

“We talked about Colin in March. A lot, actually,” one shoe industry executive said. “We all know the specific kind of deals NFL players are on with each other. His deal was running out and he had a shoe commitment that hadn’t been done for whatever reason. I’m sure it was because of everything that was going on around him. But it looked like Nike was running out the clock on [his deal] because he didn’t have a lot of time left and nothing was really happening with him. So there were some discussions for us about what kind of an endorser he could be.

“It’s apparent that, you know, even though he isn’t playing, he’s still connecting with a lot of people. I also think he’s exponentially more popular, and in some cases unpopular, than he ever was in the NFL.”

Talks between Kaepernick and the executive’s shoe company never materialized, apparently because Nike made a somewhat unexpected commitment to retain the quarterback in the late spring. But on Monday night, the executive applauded the Nike deal on a number of fronts. Chief among them: Putting a lightning-rod endorser on a centerpiece platform in spite of negative reaction, and doing it in spite of a lucrative deal with the NFL – whom Kaepernick is accusing of colluding against him in an ongoing arbitration case.

That can’t be underestimated when Kaepernick’s saga ages over time, either. If history looks back and finds the NFL settled on the wrong side of the ledger, Nike will sit in a much more favorable position. But it will have come with a risk that most corporations like Nike refuse to take.

“It’s the most controversial move [with an endorser] that Nike has ever made – especially if you’re going to craft something substantial around him,” the executive said. “I can’t think of anyone in the history of Nike that would come close. Especially when you consider where the country is at and the fact that [President Donald Trump] will be very critical when big companies do things he doesn’t like.

“Trump could tweet tomorrow for everyone to boycott Nike. I’m sure that was one of the first considerations before a new deal. … But there’s the other side, where Colin Kaepernick could be the most powerful social persona that Nike ever signs. Not necessarily the most lucrative, but just the most powerful in terms of moving the social needle. That’s definitely part of the allure.”

Social media left little doubt of the impact the move could have on the brand, with Kaepernick and Nike dominating Twitter’s “trending” section from the moment the new endorsement plan was announced. It drew praise on Twitter from former CIA director John Brennan and, via Instagram, from NBA superstar LeBron James.

Nike had well over 1 million unique tweets in the first eight hours after news of the deal broke Monday afternoon. Meanwhile, Kaepernick’s first tweet about it hit 176,000 retweets and nearly 416,000 likes in that same span.

And those numbers don’t scratch the surface of the protracted debate that surrounds them – arguments that now include Nike as part of the equation. Undoubtedly, this is part of what Nike was looking for with this announcement. Possibly the first rousing moment of the sleeping marketing giant. It took Nike a few years of inactivity with Kaepernick to arrive at Monday’s seismic news, but that silence came to end in resounding fashion.