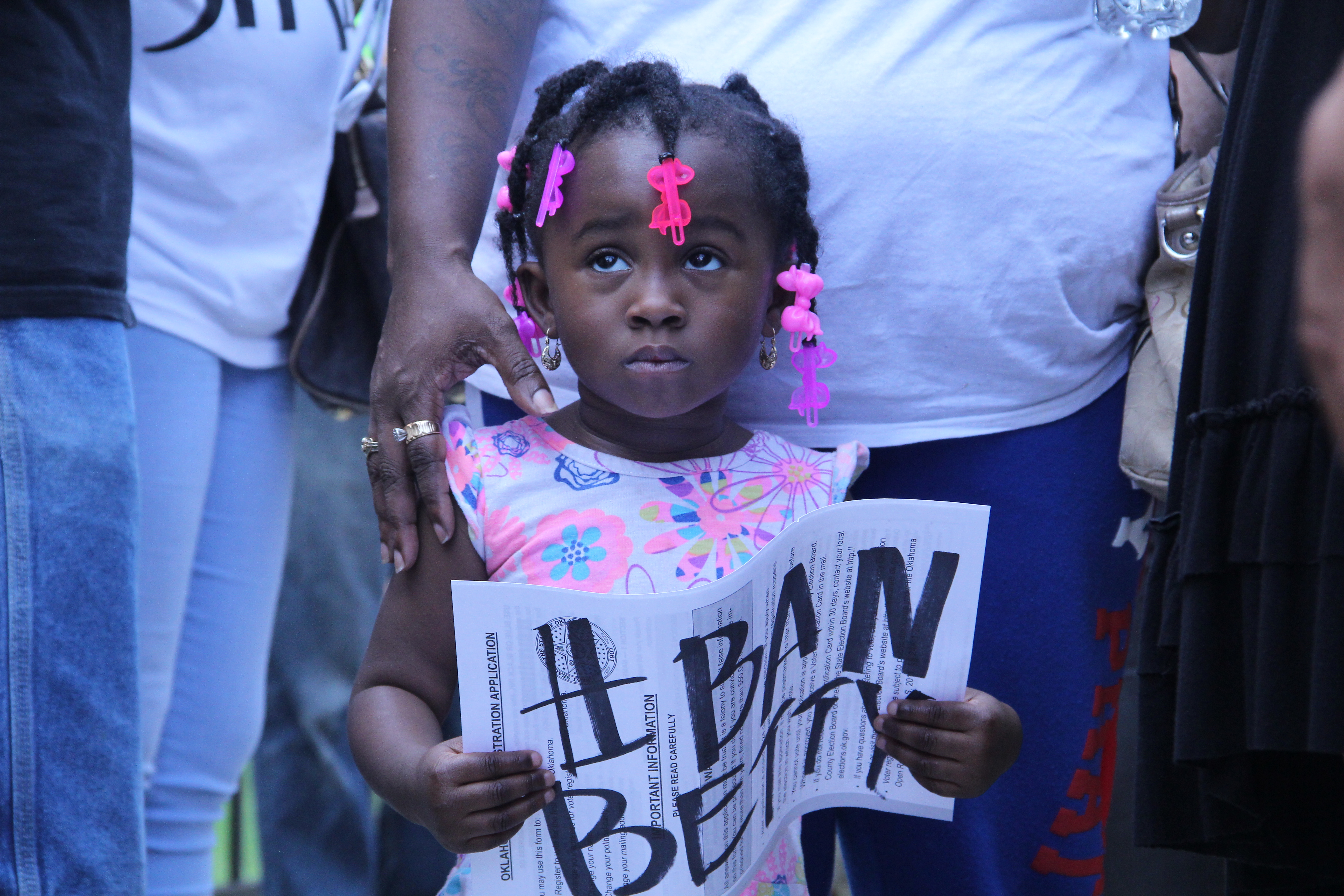 Betty Shelby while on duty as a Tulsa police officer shot a black man with his hands raised, standing upright, in broad daylight for the whole world to see. Shelby was acquitted of this crime which caused uproar in the Tulsa north community and across the nation.

How could a woman shoot a man with his hands raised up showing no threat, or aggression be murdered and a person is found not guilty? Imagine that.

Now to add injury to insult Shelby has been assigned the duty of teaching a class to police officers on helping “survive” the aftermath of controversial shootings such as the one she was involved in. Shelby claims her class will teach officers how to deal with the “Ferguson effect”.

“You gotta get another teacher because Betty Shelby, you know, she had her ‘60 Minutes,’ and I remember what she said, ‘I would rather be tried by 12 than carried by six,’” State Representative Goodwin stated during a rally of several dozen people outside the Tulsa Sheriff’s Department on Monday, Aug 27.

“Terence Crutcher didn’t get an opportunity to get that statement,” “This is a bullet to this family, and we are not going to stand for it,” Representative Goodwin also stated.

Shelby, now a Deputy Sheriff for Rogers County, will teach a Council on Law Enforcement and Training (CLEET)  course to the Tulsa County Sheriff’s Office about surviving the aftermath of a critical incident, like the shooting she was involved in.