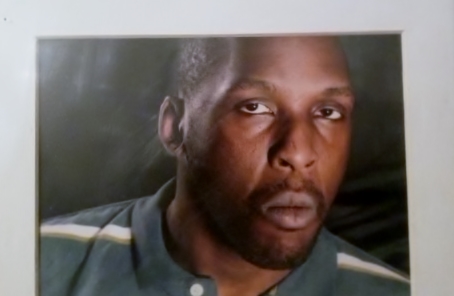 Jamaal “Penny” Moore was born November 10, 1980 in Tulsa, Oklahoma. His loving mother, Leota Jo Penny, gave birth to him 15 days before her 35th birthday, and together they embarked upon life.

It was discovered at a very young age that Jamaal had severe Autism Spectrum Disorder (ASD) and his special needs would require 24-hour-care for the rest of his life. Leota gladly embraced his autistic special needs with all the love she could give refusing to relinquish his care to anyone else; that is, other than to her friend Joan Belton, who was like a second mom to him.

Jamaal attended Tulsa Public Schools where they were very challenged in providing the best setting for him. Due to failing health before her death in 2007, Leota finally realized she needed help in providing care for Jamaal and he began living in mental health adult housing where he had round the clock care. Ray Poindexter, his current house manager, started this 15-year journey with Jamaal and remained with him almost literally until he took his last breath. Ray said of Jamaal, “…taking care of Jamaal was more than just a job for me…I loved him.”Regrettably, so many others loved him as well but struggled with showing him the love and compassion he deserved.

Jamaal departed this life on August 6, 2018 and mourning his death are: three uncles – Ollie F. Penny and John F. Penny (Vernicetine) both of Oklahoma City, Gregory Penny (Dorothea) of Tulsa, OK; one aunt, Patrice Penny-Henderson (Joseph) of Elkhart, IN; two special cousins who spent their early childhood alongside Jamaal – Tina Cleveland (Fred) of Chicago, IL., and Jajuan Penny of Dallas, TX; house mates – Johnny Abbott and James Romine of Tulsa, OK; caregivers – Ray Poindexter, Mike Zachery, Emit Wallace, and Ricco Johnson; and a host of cousins and friends. Preceding him in death are his mother – Leota Jo Penny, and his maternal grandparents – Ollie and Josephine Penny.

Jamaal loved to eat and would eat anything in sight. He had a particular love for ice cream and cookies. Rest in Peace Jamaal.