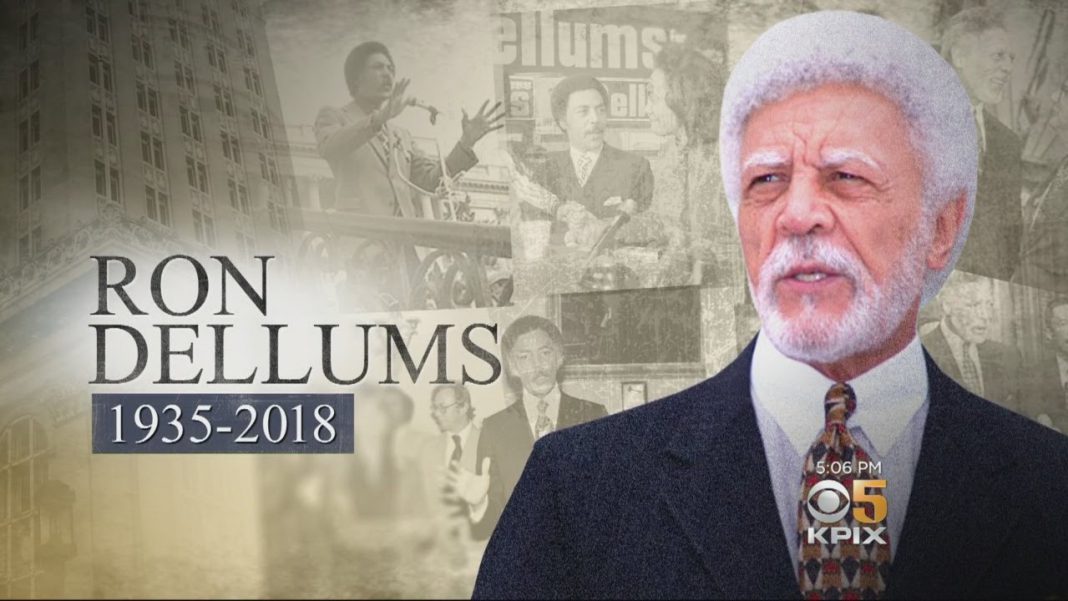 Ron Dellums, one of America’s most reputable black congressmen passed away on Monday in Washington DC , he was 82.

Dellums an Oakland, California native who served 27 years in congress, was known for his progressive and fiercely anti-war agenda. He began his career as a opposed every American military intervention during his time in congress, with the exception of emergency relief to Somali in 1992, reports the New York Times. As a young politician, he demanded a House investigation into America’s war crimes during the Vietnam War.

He dedicated decades-long his career to advocating for racial and economic equality in America and elsewhere—the politician played a major role in helping weaken international support for the South African apartheid regime. He ran a 14-year long campaign against the apartheid government and went on to write the legislation for the Anti-Apartheid Act of 1986, which would strict trade embargoes and economic sanctions on the repressive South African government. President Ronald Reagan infamously vetoed the bill, leading congress to override him. It was the first time that congress had rejected a president’s foreign policy veto in the 20th century.

The popular 2000 Disney film The Color of Friendship, about an African-American family who takes in a white South African exchange student, was based on Dellums’ family, and was many young people’s first introduction to the activist’s work.

He was commonly labeled a communist by right-wing politicans, for his left-leaning liberal standing and for a meeting he held with Fidel Castro in 1977. He responded to such accusations in the Washington Post, stating:

“If being an advocate of peace, justice and humanity toward all human beings is radical, then I’m glad to be called radical, and if it is radical to oppose the use of 70 percent of federal monies for destruction and war, then I am a radical.”

He was the first African-American and the first anti-war chairman of the Armed Services Committee.

Dellums is being remembered as a fearless and dedicated leader, committed to his mission of achieving peace, racial equality and social justice in the United States and for black people around the world, even when it threatened his career.

“So here comes this black guy from the Bay Area,” he told The Progressive magazine when he retired from Congress in 1998, according to The New York TImes. “Talking about peace, feminism, challenging racism, challenging the priorities of the country, and talking about preserving the fragile nature of our ecological system. People looked at me as if I was a freak. And looking back, I think that the only crime we committed was that we were 20 years ahead of our time.”

Tributes have been pouring out for the pioneering congressman and activist on social media.