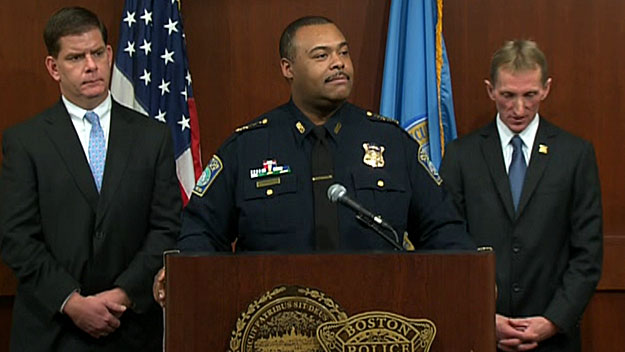 Boston has appointed William G. Gross as its next police commissioner, a move that will make him the first African-American to hold the top law police position in the city’s history, the Boston Globe reported on Monday.

Boston has a rich history of racism, especially against Black people, making Gross’ appointment all the more significant as the city and nation deal with what’s appeared to be a surge of white nationalism. It was the combination of those two factors that led Saturday Night Live comedian Michael Che to now-famously call Boston America’s “most racist city.”

“I’m a true street cop,” Gross said when he was introduced as Boston’s new police commissioner. He recalled the dangers of working as a patrol officer in the 1980s, at the height of the crack epidemic and the wave of violent gang activity that swept the nation.

“If you want change, be the change. That’s why I became a police officer,” Gross added.

Indeed, Boston’s new police chief worked his way up the ladder in his 33-year career in the department, from street cop to the top rung, his LinkedIn page shows. His career includes more than two years in an anti-gang violence unit in Dorchester and Roxbury, as well as fighting crime in a drug control unit. Gross later worked as a Boston Police Academy instructor in the professional development section.